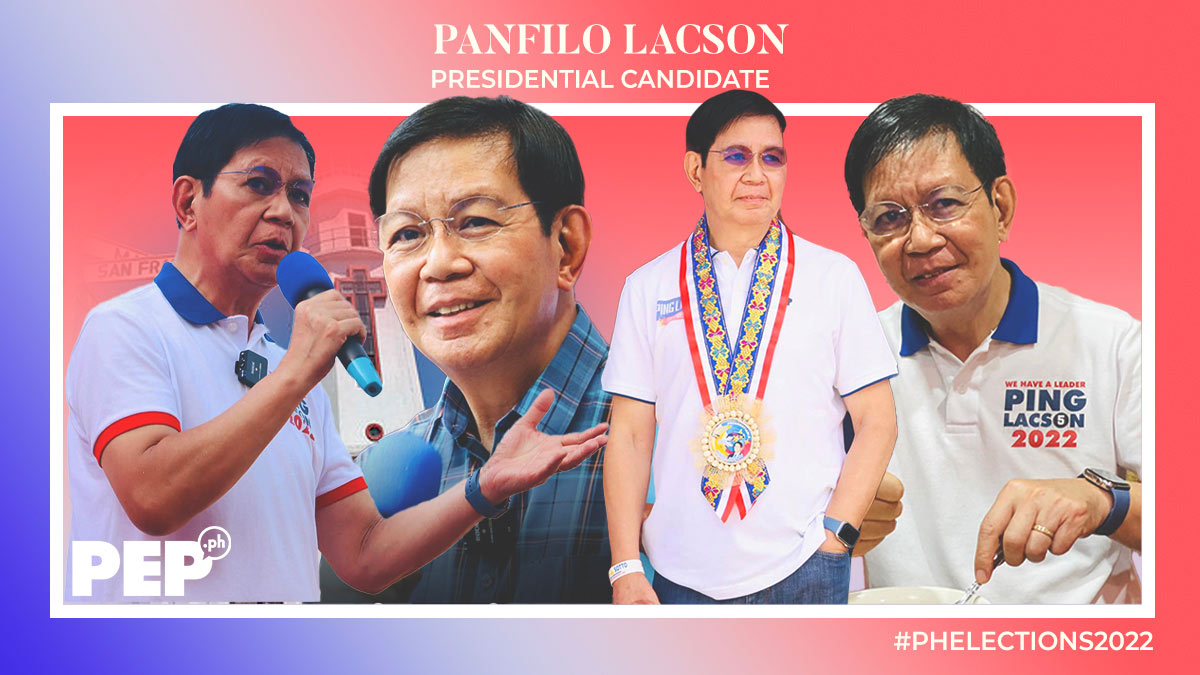 Senator Ping Lacson holds track record as a former law enforcer who rose up the ladder with his reputation as an action man with no-take policy.
PHOTO/S: Ping Lacson Facebook
ILLUSTRATION: Igi Talao

The year 1981 was a tense year for the Gokongwei family.

Robina Gokongwei-Pe, who was still in college at the time, was kidnapped on the way to her university. The kidnappers were demanding PHP10 million as ransom.

Fortunately, the young heir was rescued without any incident, and without surrendering any ransom money. The Gokongweis credit this to one man: Ping Lacson.

Then a Lieutenant Colonel with the PC-Metrocom, Lacson taught the late John Gokongwei Jr., the family’s patriarch, how to safely save his daughter.

"I instructed him not to sound intimidated while negotiating for Robina’s ransom. He snapped at her kidnappers, '10 million? Do you know how long it’ll take me to count that much money? You can have my daughter!'

The senator and presidential candidate added that the family offered him a handsome reward for the rescue, but he declined.

This was because Lacson has a no-take policy; he doesn’t believe police officers should accept bribes or rewards.

"John offered PHP400K as reward money which I politely declined. He officially donated 10 mobile cars to the PC Metrocom instead," Lacson said in another tweet.

The fourth of eight children, Lacson was born to a jeepney driver and a market vendor on June 1, 1948.

Lacson credits his late mother Maxima, the market vendor, for his honesty. In one campaign sortie, he said that she was a disciplinarian who taught him right and wrong.

After studying grade school at a public elementary school, Lacson moved to a small private school in Cavite and finished high school in 1964.

He initially wanted to be a lawyer and an agent at the National Bureau of Investigation.

However, a friend asked him to accompany him to the admission exam for the Phillippine Military Academy (PMA).

Lacson passed the exam, so he entered the academy.

Lacson immediately entered the Philippine Constabulary (PC) after his graduation from the PMA in 1971.

He first served as a lieutenant for the Metrocom Intelligence and Security Group, then was transferred to an Anti-Carnapping Task Force in 1986.

In 1988, Lacson was promoted to become the Provincial Commander of Isabela, and he fought illegal loggers in the region.

The following year, he became the Metropolitan District Command (Metrodiscom) commander of Cebu City. The PC was then decommissioned in 1991, so he joined the Philippine National Police (PNP).

In 1992, he was promoted to head the police in Laguna, where he focused on the fight against illegal gambling.

His biggest promotion yet came near the end of 1992, when then Vice President Joseph Estrada made him the head of the Presidential Anti-Crime Commission’s Task Force Habagat. Lacson later became Project Officer of Special Project Alpha in 1996.

Estrada was elected as President in 1998.

Lacson was once again promoted, now as chief of the Presidential Anti-Organized Crime Task Force.

Here, he was able to massively reduce the kidnap-for-random cases to zero in less than a year.

Lacson finally became the Chief of the PNP on November 16, 1999.

He sought to reform the institution by implementing anti-corruption policies, such as his own no-take policy, to remove corrupt cops from the system.

He also ordered the removal of kotong cops who victimized the small people, like jeepney drivers and market vendors.

Lacson was also known for keeping a sharp eye on his police officers and their activities.

He made sure that police officers were healthy by ordering them to reduce their waistlines to 34 inches or less.

He also cracked down on police officers who abused their hours of duty, barring them from golf courses and other similar activities.

When he discovered that recovered carnapped vehicles were being used by police officers, Lacson ensured that these vehicles would be returned to their owners.

All of Lacson’s efforts didn't go unnoticed. In July 2000, he got an approval rating of 73% from a Pulse Asia survey. PNP itself had a 64% approval rating from the same survey, which was unprecedented.

Months after Estrada was ousted from the presidency in January 2001, Lacson became one of the leaders of the EDSA III protests that aimed to oust Estrada’s successor, Gloria Macapagal-Arroyo. He was unsuccessful.

Then he ran for a seat in the Senate in the same year and won, finishing in 10th place. In 2004, Lacson tried to run for President, but he only got third place behind incumbent President Arroyo and actor Fernando Poe Jr.

He continued to work as a Senator. Then in 2007, he sought another term as a Senator, and was reelected.

After the end of his second term as a senator, Lacson briefly joined the Aquino administration, before running again as a Senator in 2016.

Lacson brought his anti-corruption policies to the Senate. He refused to accept his pork barrel, and called for its total removal from the legislative branch.

He also led Senate investigations on corruption issues, like the 2003 Jose Pidal investigation and the Quedancor swine program scandal in 2008.

Among the laws that he authored or sponsored are the Anti-Money Laundering Act, Anti-Red Tape Act of 2007, and the Anti-Trafficking in Persons Act of 2003.

He was also the author of the controversial Anti-Terrorism Law. Human rights advocates have criticized this law as abusive, and have asked the Supreme Court to strike it down.

Now, Lacson is running for President for a second time. His campaign was promising when it started, but it now seems to be running out of steam.

Just this March, he left Partido Reporma, the political party that endorsed his candidacy.

In a press conference, party leader Pantaleon Alvarez declared that they switched their support to Vice President Leni Robredo.

Lacson was also criticized for joining a press conference more than two weeks ago, where fellow candidate Isko Moreno called for Robredo’s withdrawal from the race.

Lacson has detached himself from this statement, saying that it was only Moreno’s.

With less than one week to go before the polls, will Lacson get enough votes to win?