Who is Alexa Miro? 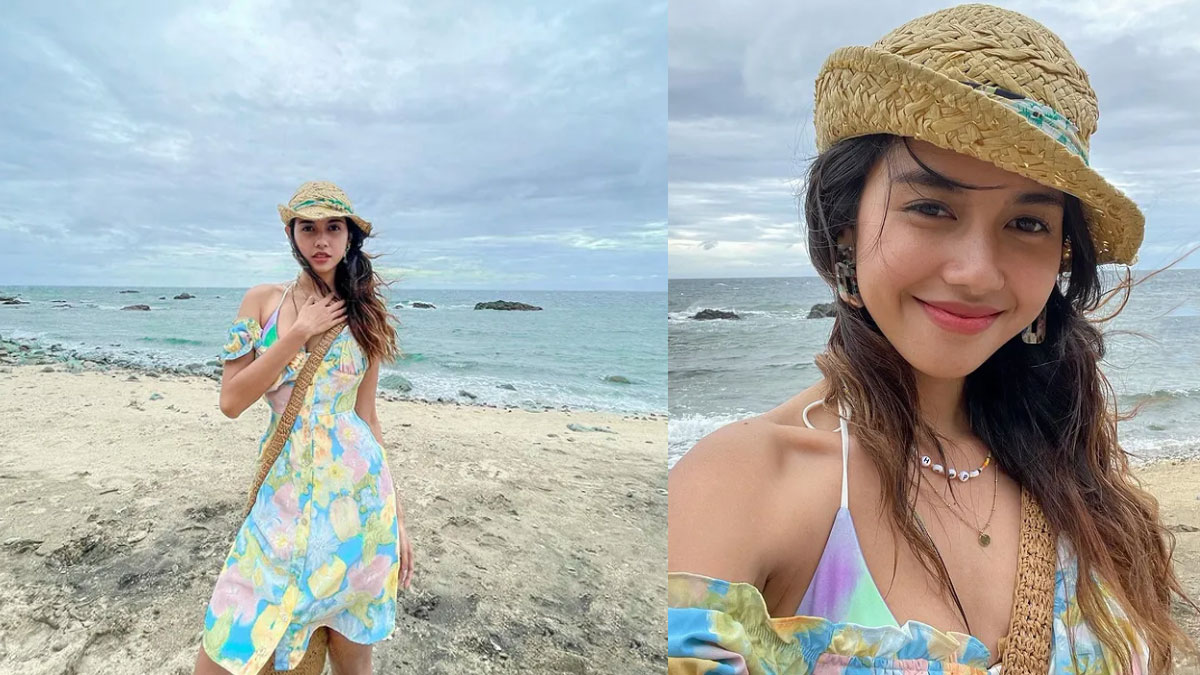 Alexa Miro: "I would always say, ‘One day, I would like to become an actress.’ A performer. Everything around performing arts po talaga.”
PHOTO/S: @alexamiro.m on Instagram

The reason? Recent showbiz reports have tagged her as the girlfriend of Sandro Marcos, the incoming Representative of Ilocos Norte’s 1st District and eldest son of President-elect Ferdinand Marcos Jr.

Viewers might remember Alexa in the “Araw-Gabi” episode of ABS-CBN’s drama series, Precious Hearts Romances Presents, back in 2018, or as Fiona in the daring movie A Girl + A Guy that now streams on Netflix.

The 26-year-old actress-model startied her showbiz journey at a young age, only one of the few things that fandom knew about Alexa. 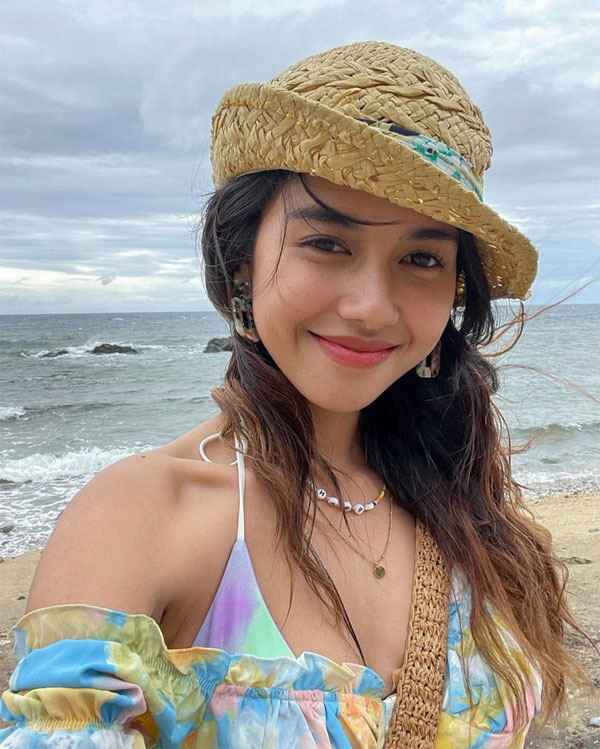 PEP.ph (Philippine Entertainment Portal) is able to gather more interesting details about her.

Alexa is from Bacoor, Cavite.

In a Facebook Live video taken during the inauguration of Vice President-elect Sara Duterte on Sunday, June 19, 2022, in Davao City, the former actress and incoming Bacoor Representative Lani Mercado was overheard teasing Sandro about his love life. 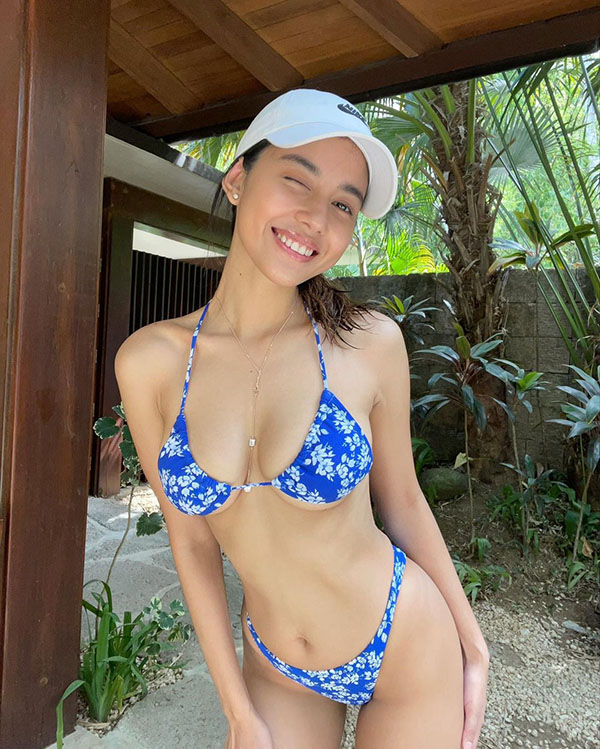 Apparently, showbiz runs in the blood of Alexa.

A Philippine Star article, published on March 21, 2022 and written by Pat Daza, mentioned that Alexa’s mother was a singer.

Alexa said in the article, “I was raised by my mom, moving from one place to another, here and abroad. She was a professional singer, and singing was her bread and butter.

“I think the interest to join showbiz came from the innate desire to appeal to my more creative and theatrical side.

“I love being able to entertain and display my wide array of talents, which aren’t just limited to acting.

"It’s funny… I think I’ve known since I was five that I wanted to become a great and successful performer when I grew up.”

In another Philippine Star interview, Alexa told Charmie Jay Pagulong that her desire to be an actress started at a very young age.

“Bata pa po ako, five years old pa lang, as far as I can remember, pag tinatanong ako ng mga tao—teacher, kaibigan, kaklase, mga titos and titas—I would always say, ‘One day, I would like to become an actress.’ A performer. Everything around performing arts po talaga.”

WHAT’S WITH THE NAME?

Alexa’s screen name was inspired by her idol, Angel Locsin.

Not sure, but Angel apparently played roles with the name of Alexa in the past.

Although, for certain, Angel’s role in the 2013 comedy-drama film Four Sisters and a Wedding was named Alexandra Camille Salazar. 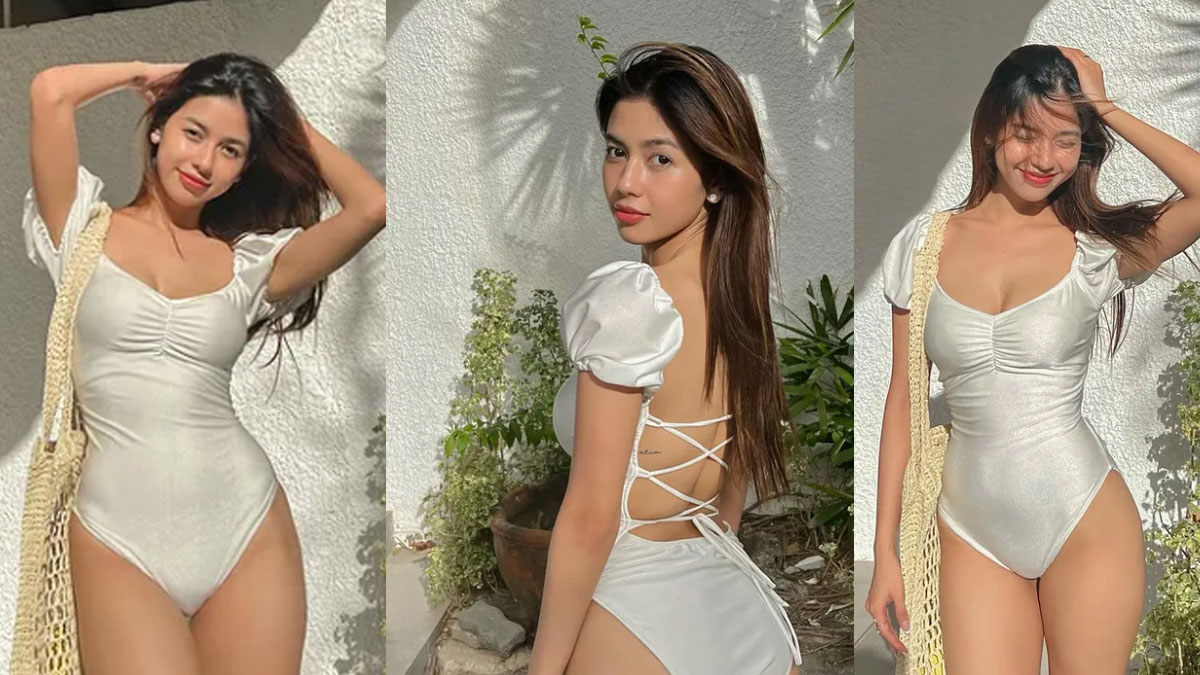 In the ad, Alexa portrays Star, a girl who gets brokenhearted after finding out that her crush, who is also her classmate, already has a girlfriend.

Star soon realizes that Joms, one of her closest friends in school, is the guy meant for her all along.

The ad caught the attention of director Theodore Boborol and paved the way for Alexa to be in the cast of the Kapamilya network’s Precious Hearts Romances Presents: Araw Gabi.

Meanwhile, Alexa and another newcomer named Ivana Alawi were part of the show’s supporting cast.

There was no stopping Alexa’s foray into show business after Araw Gabi.

She appeared in the 2018 film Simplicity together with Riva Quenery, Mary Joy Apostol, Kelly Welt, and Nami Onuma.

Rhian Ramos and Solenn Heussaff made a special participation in the film directed by David Hulbert and Kazuhiko Parungao.

She was paired with actor Rob Gomez, who belongs to the Estrada showbiz clan that includes George Estregan, Kate Gomez, and Gary Estrada.

The romantic-comedy film was described by New Musical Express (NME) Asia as “raunchy.”

Writer Khyne Palumar wrote in her review: “Nude couples getting hot and heavy and Tarantino-esque gore kick off the first eight minutes of the film, all before the lead pair blow up their relationships with long-time partners.”

A Girl + A Guy tells the story of young adults finding their way into intimacy, relationships, and friendship.

Alexa said about the film during a guesting at PEP Spotlight, “It’s not a sex film. It’s a sexy film but it’s more about real life.

A Girl + A Guy rose to number one on Netflix Philippines in November 2021.

Alexa and Rob reunited in the episode “Messy Thing Called Love” of Regal Studio Presents that aired on February 27, 2022 on GMA-7. 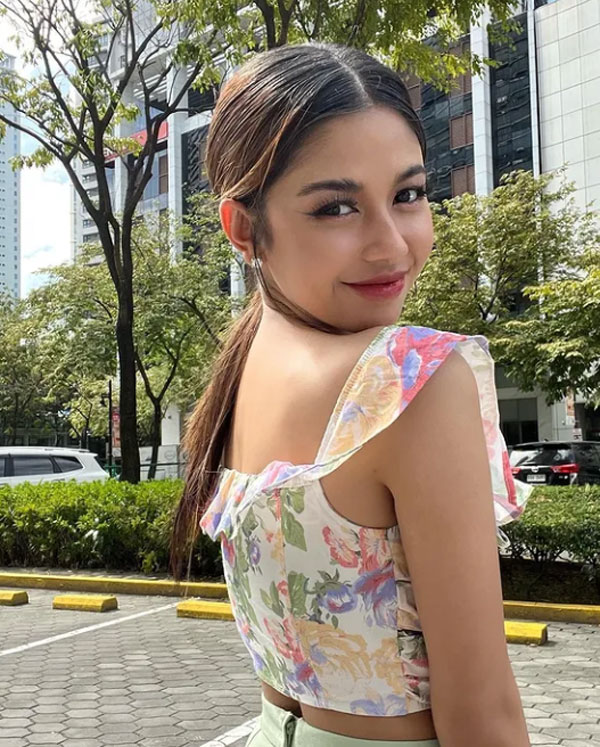 Alexa is also set to be seen with Kapuso hunk Derrick Monasterio in the movie titled Cheat Day.

The sexy movie is under the direction of Joey Reyes under Regal Films.

Alexa told PEP.ph, “Derrick and I naman, we’ve been friends for three to four years, I met him in 2018, [through] mutual friends.

She continued with a laugh: “Awkward pala to make landi when someone’s your tropa.”

She told Daza in the Philippine Star article, “Comedy, in my opinion, is the hardest genre to learn. I’ve always thought you needed to be innately funny and quick-witted to be effective in entertaining the masses in that sense.

"However, joining LOL has changed that for me. I now know you need only to be wholly invested in educating yourself, honing what you already have by actively observing and stepping up your game.”

Moving from one home to another here in the Philippines and abroad was tough for Alexa.

Trying to constantly fit in made her experience the pain of bullying as she shifted from school to school.

She confided, “We also had irreconcilable, life-threatening issues within the family.

"Because of this, I did not have a permanent environment growing up, no set of good friends that stayed with you through thick and thin.

“I was always the new girl; I got heavily bullied from middle school to freshman year in college.

"Having a tough childhood led me to believe it was of utmost importance to feel included, accepted.” 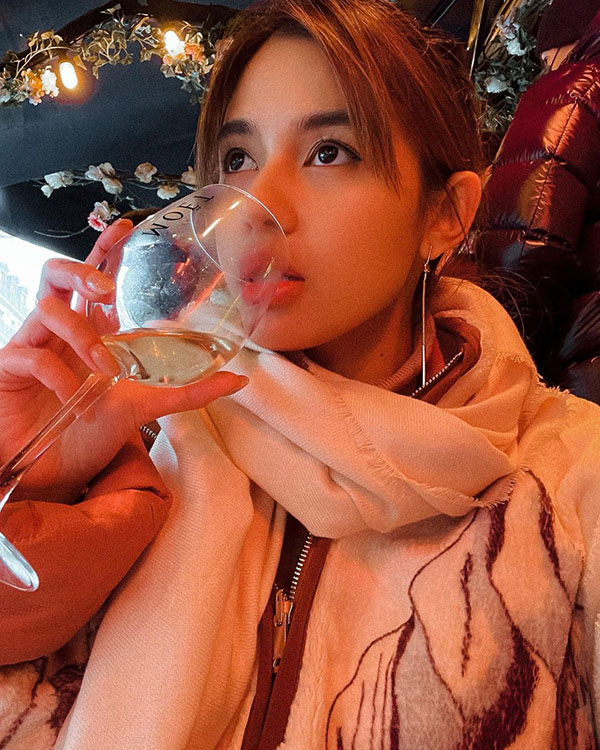 Alexa loves nature and is adventurous in so many ways.

She enjoys traveling and the outdoors, particularly the beach.

Alexa is an avid scuba diver and “weirdly addicted to munching calamansi or lemon.”

During her guesting on PEP Spotlight in April 2021, Alexa played coy when asked if she was in a relationship.

She was more open to talk about romance in her interview in 2022 for The Philippine Star.

Alexa said, “Of course, there’s dating every now and then when you meet people who are interesting and fun to be with, people who introduce you to new things.

"It took me a long time to find my self-worth. I think my last relationship taught me that.

"It was the final blow I needed to realize that I didn’t need a man to complete me.

"I never needed to please anyone to belong. In fact, there is no need to belong.”

But is Sandro Marcos her beau?

The tittle-tattle claimed it's a secret relationship that began in 2021, and that they recently went to Europe for a vacation.

But she is yet to either confirm or deny the rumor.