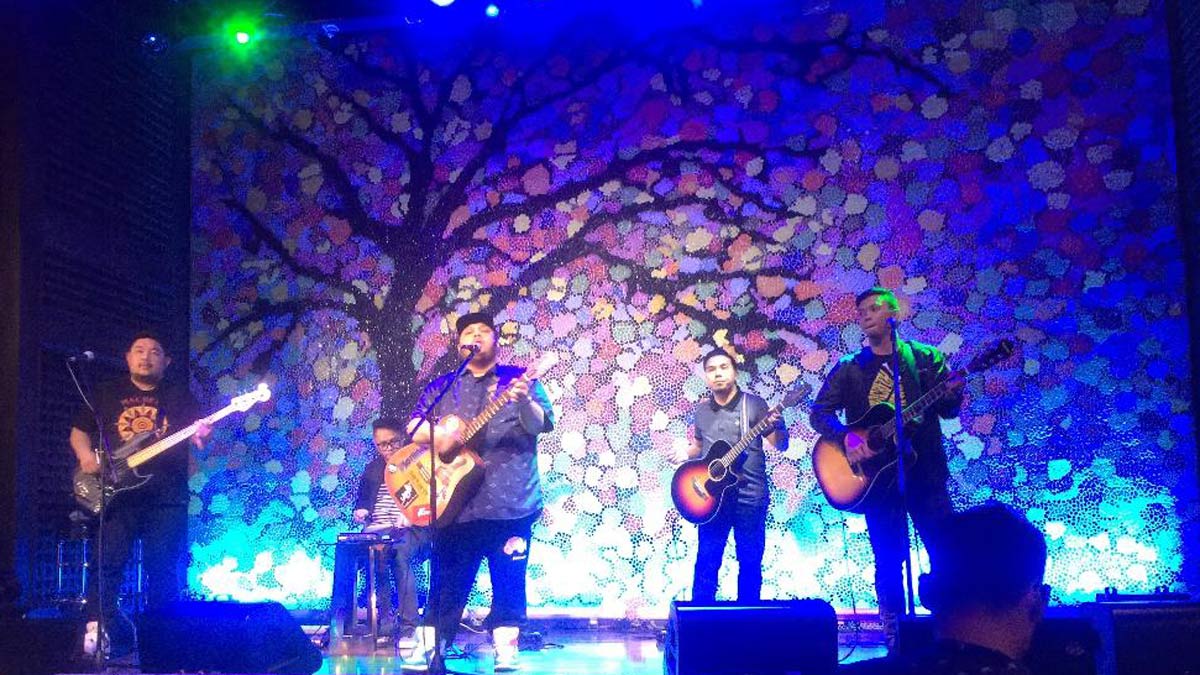 Some music scene observers may find it amusing that Mayonnaise, a band fronted by not-the-usual type main man Monty Macalino, is consistently loved by the concert-going public since making a name for itself in the midst of the so-called rock invasion more than 15 years ago.

In fact, the band is about to stage a repeat of its sold-out major concert titled Akalain Mo ‘Yun: Mayonnaise Live set at the Music Museum on September 7 (Saturday) at 7:30 pm.

“I’m a fan of pop culture. We have a song about Jopay, Kathryn Bernardo, and I have this song with a working title ‘Ang Kutis,'” quipped Monty who is best known for his natural onstage humor.

Their song "Kathryn" is inspired by the ABS-CBN actress and it even features the line: "She's lately on TV taking over."

The guy has real charisma, for one, and he sings with such confidence that may have been otherwise difficult to muster for others who have so much issues in their selves, like, say, about weight.

Monty won’t have any of that emotionally draining issues bug him. Truth be told, he is not someone who writes songs about himself and just about himself.

When Mayonnaise was starting up after winning the Muziklaban challenge in 2004, rocker Kevin Roy, during a hosting stint featuring Monty’s band, joked that they weigh one ton on stage.

It was a reflection of how Monty himself never let the matter weigh him down. For all intents and purposes, he uses that to his advantage.

“As early as the first album, alam ko na na di ako titigil as musician. Passion project ko ang Mayonnaise nung bata pa ako and it gave me the way to get into projects,” expressed Monty whose knack for strong hooks kept him around.

Asked to elaborate on his songwriting routine, he disclosed, “When I get inspired by something or someone, it’s an automatic setting sa akin. The words and chords come out.”

The iconic studio, now renamed under his care, has always been part of his progression as singer-songwriter. It is where Mayonnaise creates their music.

Monty, who recently entertained the press with a performance at El Calle Food and Music Hall at Newport Mall in Resorts World Manila, explained, “It’s surreal for us to acquire a studio of this caliber and of so much memorable moments. I do acknowledge the emergence of home studios but there’s no substitute for the experience of going to a real studio. The magic happens in a studio.”

For the upcoming repeat concert produced by One Music PH and Gabi Na Naman Productions, and in partnership with Mango Mama, Mayonnaise will feature guests Barbie Almalbis, Champ Lui Pio of Hale, and I Belong To The Zoo. It will feature new musical arrangement from The Manila String Machine.

The Mayonnaise vocalist said with a big smile, “Once we realized we sold out the first show, we began hoping for a repeat. Definitely it will be a wonderful experience to do it again without repeating that performance.”