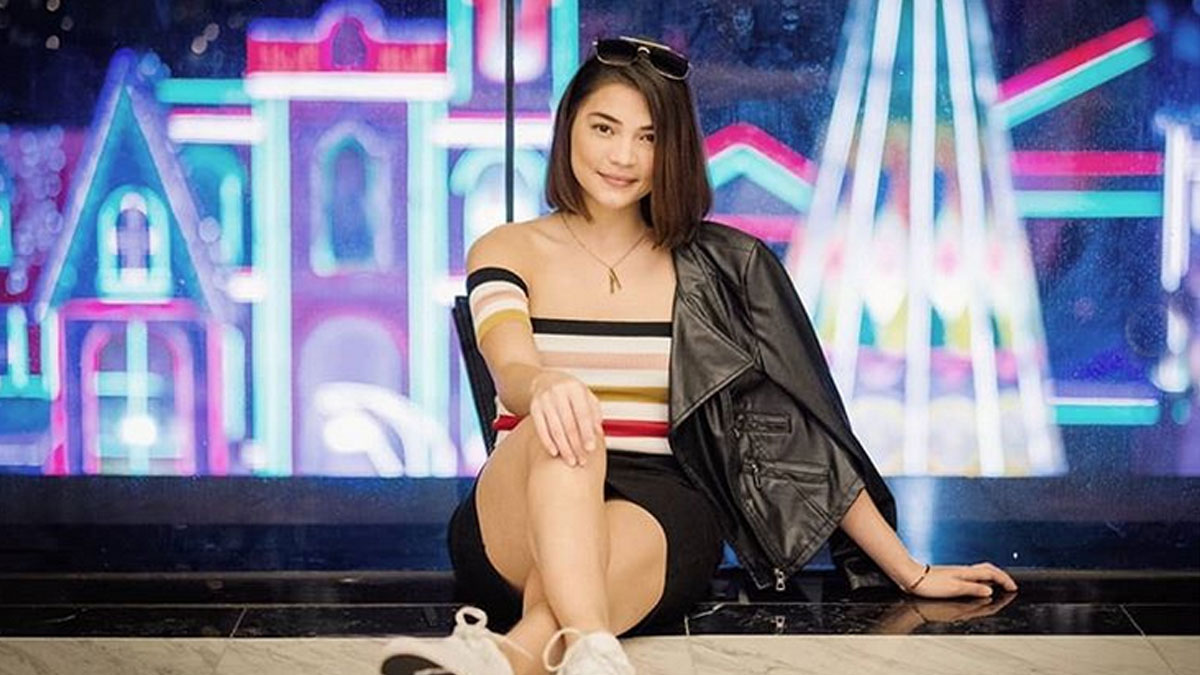 In between flying back to Manila for quick breaks and attending her classes, the Kapuso actress and self-confessed "sweetheart with a blackbelt in sarcasm" is painting the Big Apple red: eating in restaurants recommended by the late Anthony Bourdain, posing amid famous NYC backdrops in collaborative photo shoots and perfectly-styled outfits, and basically living her best life so far.

PEP.ph (Philippine Entertainment Portal) lists down all the information you need to know about Rhian's New York City jaunt.

RHIAN IN NEW YORK, IN BLACK AND RED OUTFITS

Her subsequent photos and selfies showed that her go-to colors for her OOTDs were black and red.

When she asked "Donald Trump" for a visa, Rhian was wearing a a brown turtleneck long-sleeved top under a black tube.

When she made sweet love to a Nathan's hotdog sandwich for her birthday dinner, the 28-year-old actress was wearing black jacket over dark gray turtleneck long-sleeved top, black skirt, and a pair of shiny black boots.

Here, Rhian channeled Grammy winner Dua Lipa in this sleek-but-comfy OOTD. Her caption however was about how to properly tip in New York City.

In NYC, Rhian also learned how to wear her black backpack the wrong way, much like the exhausted commuters back here at home.

worked out in head-to-toe Under Armour athleisure...

and gorged on rainbow-themed cakes and cake balls at Flour Shop.

For her her Anthony Bourdain-inspired food trip, her first stop was Lhasa Fast Food in Jackson Heights, Queens.

Rhian Ramos will be in New York City until May 2019. #WheresWhian