Guide
Loisa Andalio and Ronnie Alonte: A love team, in and out of showbiz

Among these three young love teams--Loisa Andalio & Ronnie Alonte, Maymay Entrata & Edward Barber, Donny Pangilinan & Kisses Delavin--it is the romance between LoiNie that is the most real.

LoiNie is the portmanteau created by fans from the first names of Kapamilya stars Loisa and Ronnie.

The other two pairs also have their portmanteau: MayWard for Maymay and Edward; DonKiss for Donny and Kisses.

They provide the kilig factor in a movie that's headlined by comedian Vice Ganda and that's expected to be the blockbuster hit of this December's MMFF. Other big stars in the movie are Dingdong Dantes, Bela Padilla, and Richard Gutierrez.

But, unlike MayWard and DonKiss, the kilig and sweetness between Loisa and Ronnie do not end after the cameras stop rolling and the fans are gone.

LoiNie is a love team, in and out of showbiz.

LoiNie is not an act.

On December 9, 2018, Ronnie was put on the spot by iWant ASAP hosts Robi Domingo and Maymay Entrata.

In front of Loisa herself, Maymay, the studio audience, and the thousands of iWant app users viewing the live stream, Robi asked Ronnie if Loisa was his girlfriend.

The studio rose in cheers and applause.

This confirmation is just what their fans wanted. While the couple’s followers knew all along that Loisa and Ronnie were an item, this fact needed to be made official.

Following Ronnie's announcement, and during their next appearances in Kapamilya shows to promote Fantastica, the couple begin to share more details about their two-year relationship, which began on November 26, 2016.

In these guest appearances, Loisa and Ronnie are noticeably more relaxed than their Fantastica co-stars Maymay, Edward, Kisses, and Donny.

Maymay and Edward are, of course, always fun to watch, while Kisses and Donny always look good together. And, yes, both love teams always interact well with interviewers and hosts, and always elicit kilig feels from the audience.

But, there is something a bit different about Loisa and Ronnie. With these two, cozying up to each other is almost something they don't even think about, and their public displays of affection, aka PDA, do not come from any need to give the public a thrill.

The couple seem quite comfortable in their own skin, too. They do not even pretend to be good at answering interview questions in English. They just answer as they please, which ends up turning the interview into something funny and more interesting than the usual serious-question-bland-reply kind of interaction.

As their fans know, they are big on "nagpapakatotoo." 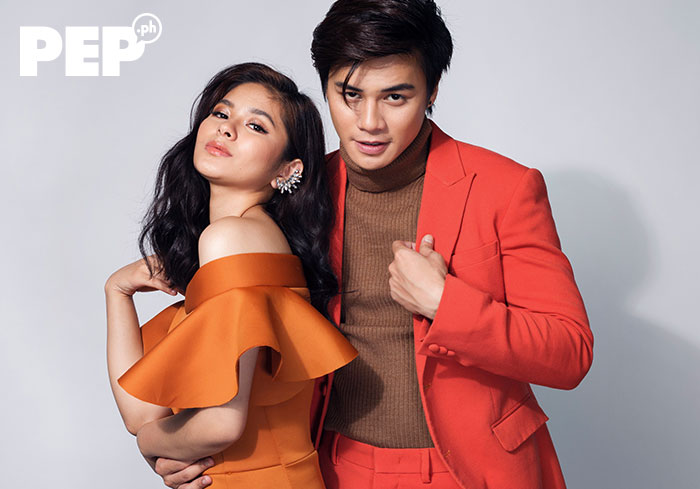 EVEN WITH FAME, THEY FEEL NORMAL

For Loisa Andalio, 19, staying real is something she took with her after her stay as a housemate in Pinoy Big Brother (PBB), on the fifth season of the ABS-CBN reality show.

As for Ronnie Alonte, 22, he says nothing really changed after he broke into showbiz in 2015 as part of the all-male dance group Hashtags.

LoiNie sat for an interview with PEP.ph (Philippine Entertainment Portal), on December 6, 2018, in ABS-CBN, just before the love team’s photo shoot for PEP.ph's Main Attraction.

Pressed for details about how showbiz has not changed them, the couple oblige.

From time to time, Loisa says she would ask these friends to go with her to public places. 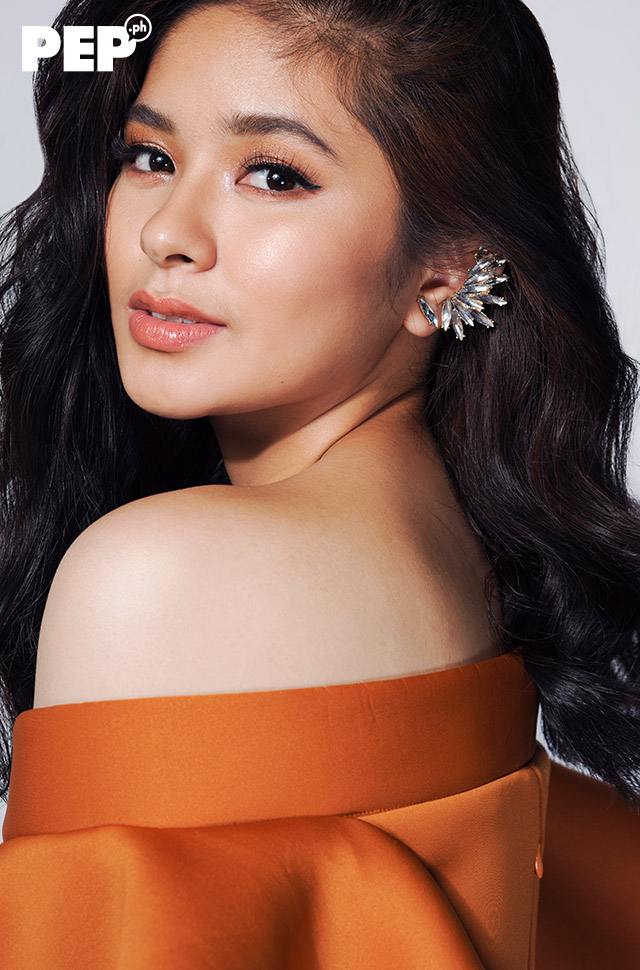 Ronnie admits that, once before, he let fame get into his head.

In 2016, after working very hard to break into showbiz and finally succeeding, the former University of Perpetual Help-Biñan basketball varsity player was everywhere.

He had endorsements; two film projects (Seklusyon and Vince, Kath, and James, both shown in 2016); a solo single ("Love At Website"); various TV appearances; and a regular show (It's Showtime).

He was clearly on a roll.

This is where Ronnie earned the title #KiligKing.

In one episode of GGV, he sang his single and played the guitar. In another episode, he gamely took on the task of getting a female from the audience to give him a smile. Well, both episodes trended on social media.

Soon everyone wanted a piece of Ronnie Alonte--from fans who demanded a concert, to event producers who wanted more personal appearances from him, to Boy Abunda who wanted him for his show Tonight With Boy Abunda.

Ronnie admits that, with all the attention he was getting, he started becoming "mayabang" and "pasaway."

He started becoming difficult to work with.

He breaks into a laugh as he remembers how difficult he was, "Sobrang pasaway ko, literal na bad boy talaga na… ay, naku!"

He stops laughing when he recalls how the number of fans he had dwindled and how friends began to walk away. It was an early wake-up call for Ronnie.

Ronnie was smart enough to know this was his own doing, and immediately worked to get his old self back.

He also got rid of his bad-boy, pasaway ways, and pushed himself to become more mature when it came to work. 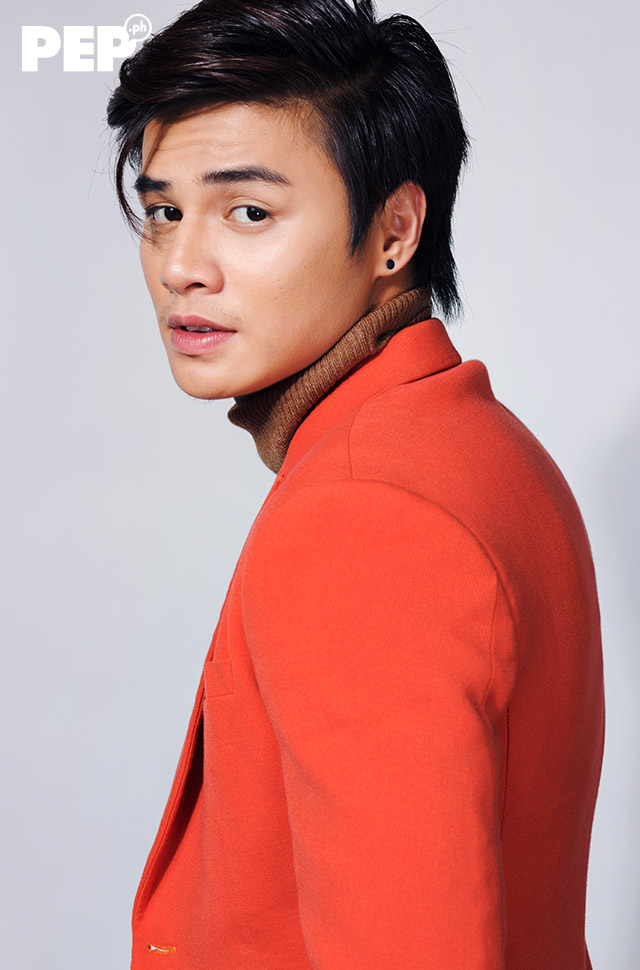 Ronnie did not mind starting over. He went back to being a nobody. He accepted that, although he had gotten his break and for a brief time had made a name for himself, he was still just a newbie in the business.

Now that he is back in the game, serious with his work, all right with his fans again, Ronnie reminds himself to always look back and be grateful.

He meets with fans, goes to fan meets, actually speaks with them. He says he already knows what the fans want because he was also once a fan.

Ronnie believes that it is the "masa" and the "kanto" in him and Loisa that fans love about them.

He says both he and Loisa do not mind at all being called "jologs," a term used to describe the lower-income class or the "masa." 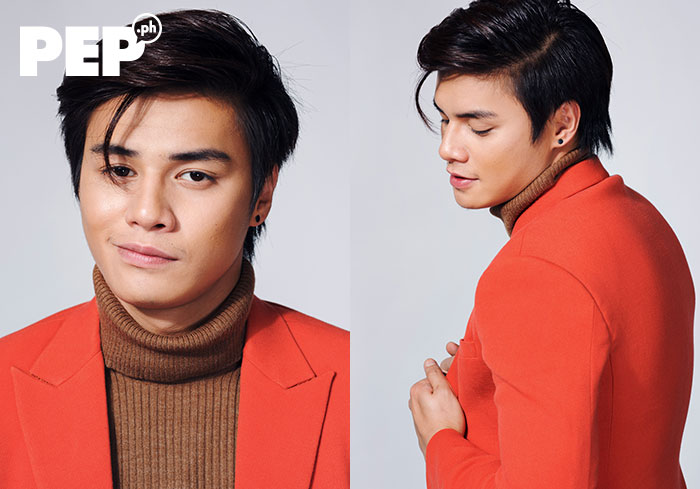 Loisa, for her part, says she does not need to make an effort to be "magpaka-masa."

The scale of Loisa's popularity is stunning. Her numbers actually surpassed the numbers of Daniel Padilla and Kathryn Bernardo, considered the "Teen King and Queen" of Philippine showbiz, when Twitter Philippines came out with its list of 2018 Most Tweeted About Filipino Celebrities. 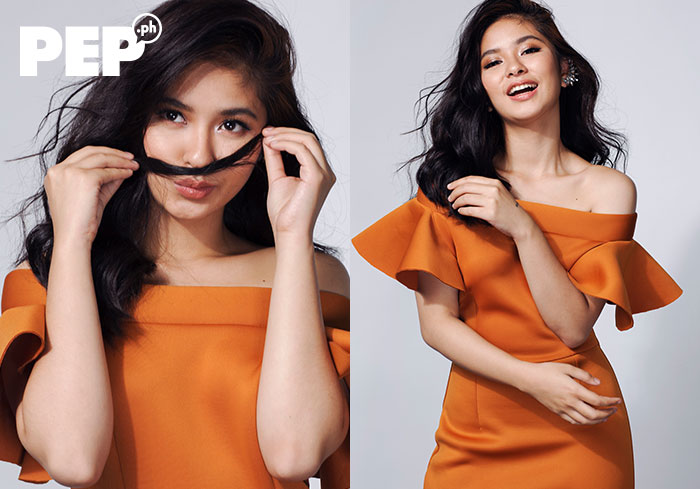 LoiNie NOT COMPETING WITH OTHER LOVE TEAMS

Speaking of competition, do Loisa and Ronnie feel they're competing against other love teams and other young celebrities? 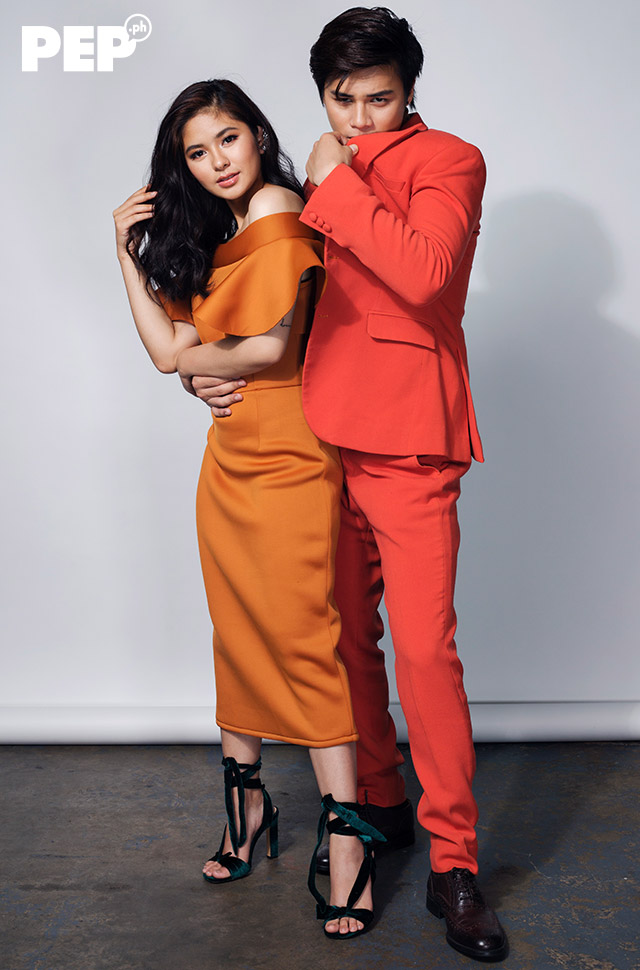 And LoiNie has no shortage of talent.

Both act, sing, and dance.

Before PBB, Loisa was part of the all-girl, sing-and-dance group 3G. She also became part of It's Showtime's girl group, GirlTrends, and ASAP's BFF5.

She acted in three Maalaala Mo Kaya episodes, in Ipaglaban Mo twice, and was the lead in Wansapanataym episodes three times. Her most notable TV acting stints were from the drama series Nasaan Ka Nang Kailangan Kita (2015), My Dear Heart (2017), and The Good Son (2017-2018).

She has recorded four singles, including "Sasamahan Kita," a cut from her self-titled album.

Ronnie, meanwhile, already appeared in five episodes of Maalaala Mo Kaya, including an episode featuring his life story; one episode each of Ipaglaban Mo and Wansapanataym; and was part of the TV drama A Love To Last (2017).

Aside from his dance gig with Hashtags, he has also recorded songs with them, and has come out with two singles of his own, "Love At Website" and "Makita Lang Kita."

WHAT’S NEXT AFTER FANTASTICA

In Fantastica, Loisa plays Prinsesa Rapunselya from the world of Fantastica. Ronnie plays Daks, one of Vice Ganda’s brothers.

That the word "daks" is used as a euphemism for a man’s large penis is not lost on Ronnie, and he does not mind. 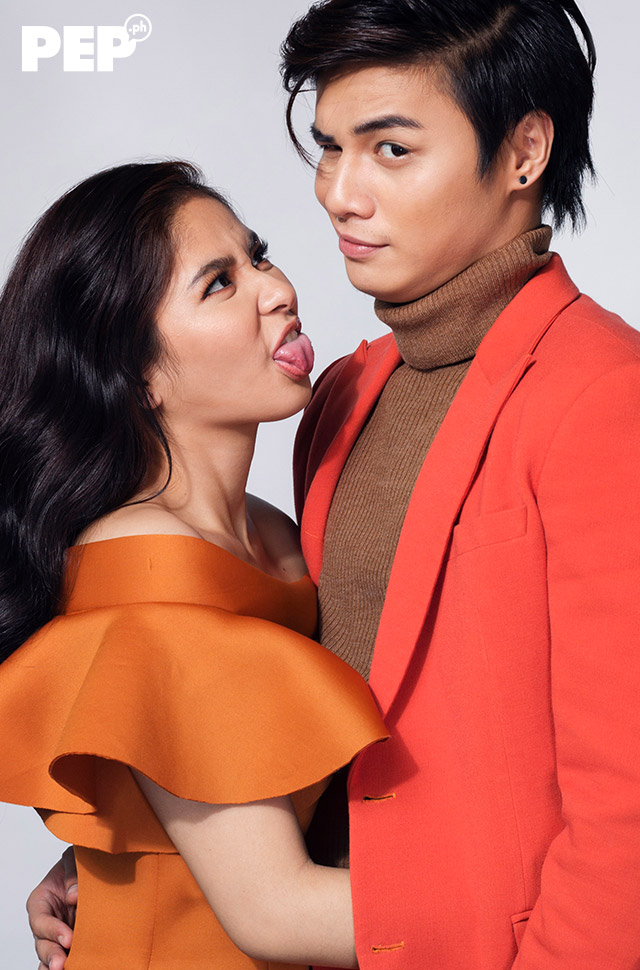 After Fantastica, what’s next for LoiNie?

At this point in our interview, PEP.ph asks Loisa and Ronnie to answer some personal questions about their relationship. 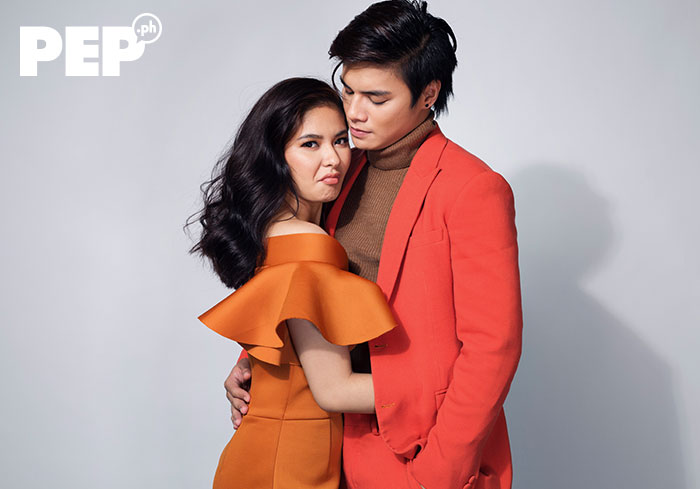 Q: In some of your interviews, we sometimes see you arguing with each other. You don’t seem to get into each other's nerves. Or do you?

PEP.ph: So you admit that you reach boiling point first? 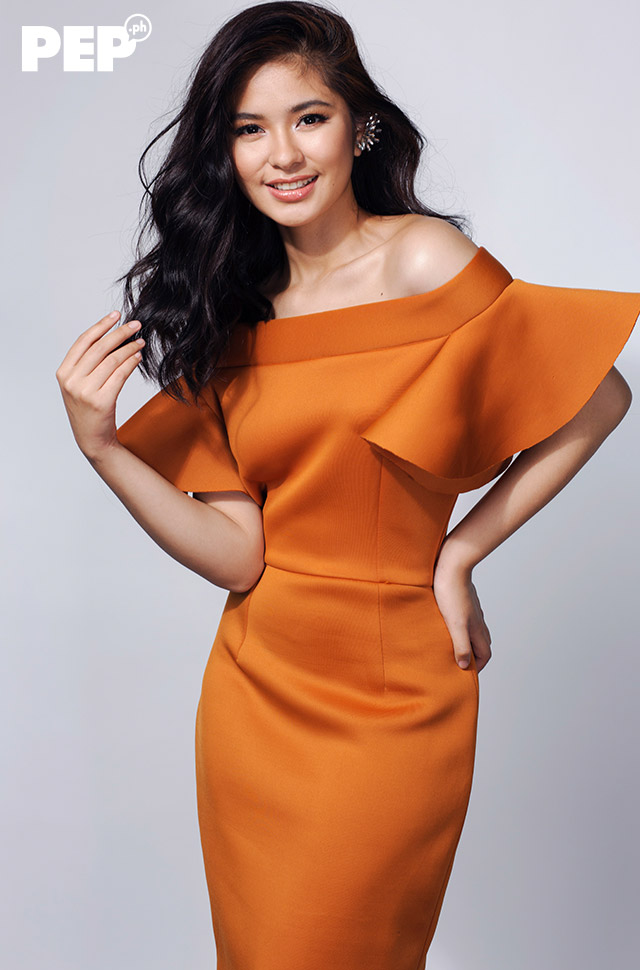 Q: Loisa, how do you know when Ronnie is already pikon?

[Everyone breaks into laughter. Ronnie shakes his head.]

Q: But has it ever happened that it was the other way around, like Loisa is the one who got pissed off because of something Ronnie did? 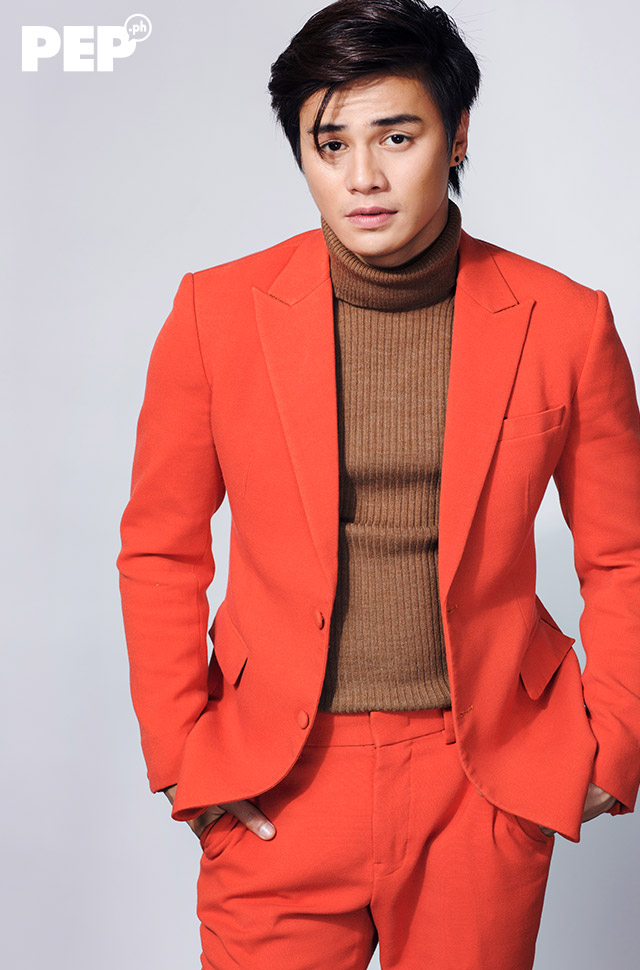 Q: When do you think is the right time to take your relationship to the next level? 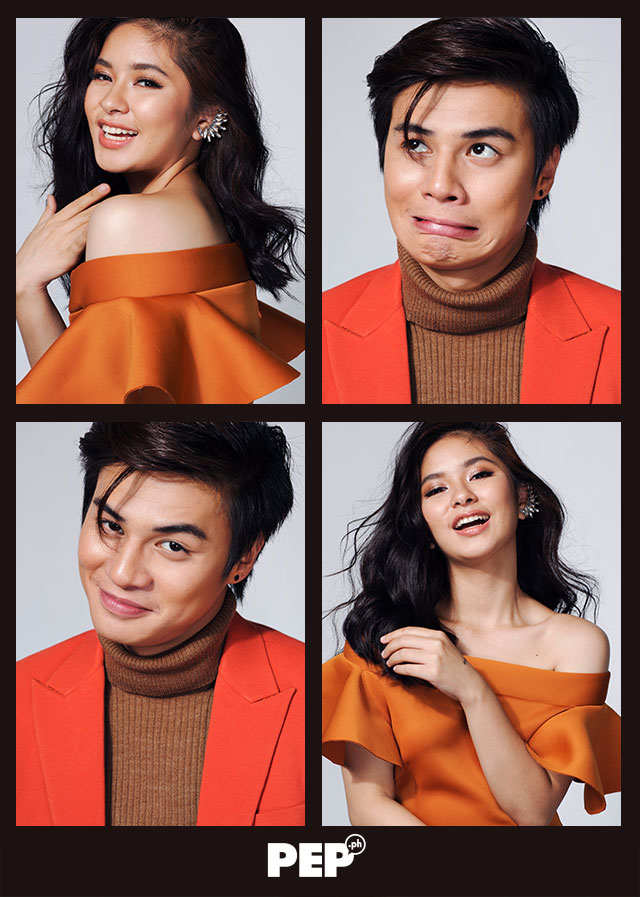 Special thanks to Joshua Roque of ABS-CBN Films' Star Cinema