Virgin Labfest celebrates 10th year; will run from June 25 to July 6 at the CCP 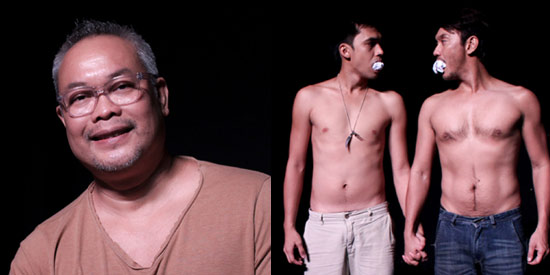 The Virgin Labfest—a festival of untried, untested, unpublished, and unstaged plays—is set to take place from June 25 to July 6 at the Cultural Center of the Philippines’ (CCP) Tanghalang Huseng Batute (Studio Theater) and the Bulwagang Amado Hernandez.

Now on its tenth year, the play fest is a joint venture of CCP, Tanghalang Pilipino, and the Writers’ Bloc, Inc. in cooperation with the National Commission for Culture and the Arts. It has earned a solid reputation for its exciting and provocative line-up of one-act plays from playwrights both young and old.

Of this feat, founding festival director Rody Vera said, “What I think the Labfest has done is, it has provided an avenue, because venues for things like this are really very rare. And para maka-every year ka, isang malaking oasis na yun for the playwrights. And masaya ako na pag dumaan sila sa Virgin Labfest, nakikilala sila, nagkakaroon sila ng venue to write for other companies, or naisasa-pelikula, or nananalo sa Palanca [Awards].”

According to this year’s Festival Director Tuxqs Rutaquio, the charm of the Virgin Labfest lies in its guts and boldness.

Tickets are priced at P300 with festival passes at P1200. For more information, visit CCP’s website at www.culturalcenter.gov.ph or visit TicketWorld Online.