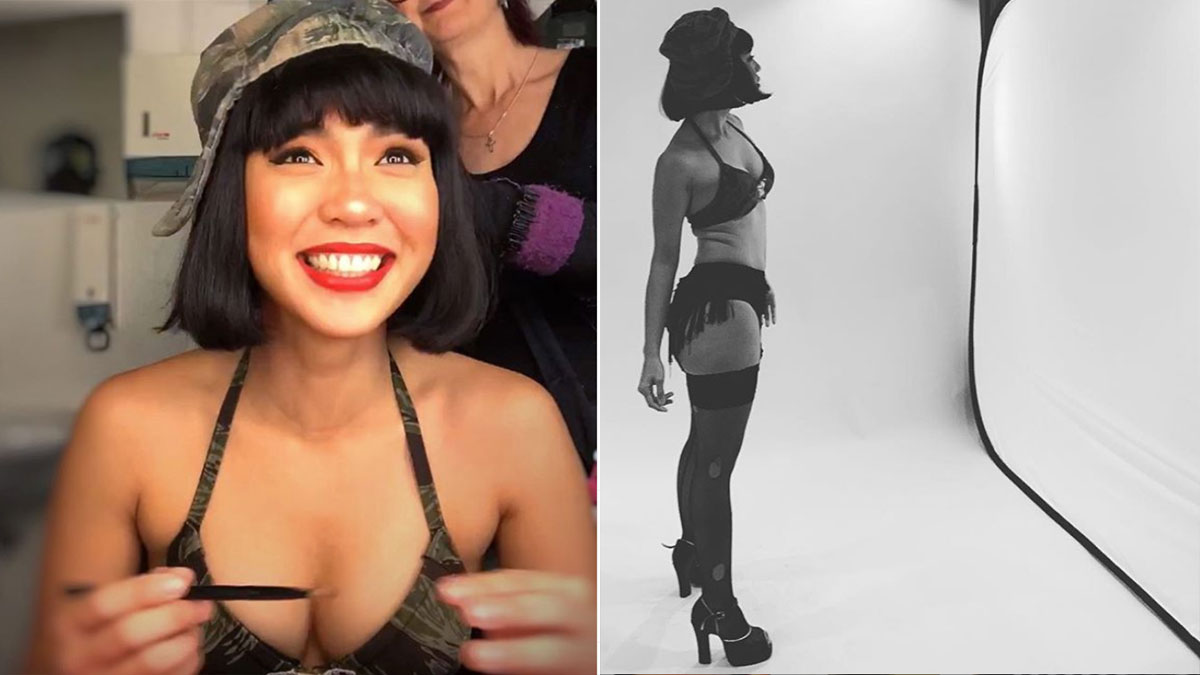 Fresh from her year-long stint playing Gigi Van Tranh in Miss Saigon, Aicelle Santos gave a glimpse of her experience performing in different places in Europe.

She has returned to the Philippines after completing her stint in the U.K. tour of the world-renowned Broadway musical.

One memorable lesson that came to mind, she said, was that wearing a bikini to work proved to be an advantage in terms of her personality development.

"I learned to be more confident in my own skin.

"Kasi nga, with the bikini that she wears every night, mawawala yung takot mo, insecurities mo.

"You just remind yourself that you're on stage. Just give it your all."

Did she feel nervous the very first time she came on stage playing a hardened bar girl?

The GIs refer to U.S. military soldiers who were portrayed by English actors on Miss Saigon U.K. Tour.

Compared to performing for a Filipino audience, Aicelle pointed out that foreigners are easier to please in the sense that they are very generous in giving applause at just the right moment.

If the opportunity arises, the Kapuso actress said she won't have qualms wearing a bikini for a role.

Now that she's back in the country, Aicelle is confident that she's armed with an improved set of skills needed for her craft.

"Siguro mas matatag ka lang ngayon because of the eight shows a week that you did.

As for being more disciplined, she added, "Na-train ka niya. Iba yung time nila dun, very punctual sila. When they say be there at six, impunto six o'clock, or else they'll call you, 'Where are you?' Sa Pilipinas hindi ganun."

Does she plan to audition for another international musical?

This weekend, Aicelle is all set to perform for the Filipino audience via Ballet Philippines’ 2019 restaging of the 1977 pop rock opera ballet, Tales of the Manuvu, which showcases the folk tales of the Manobo tribe in Mindanao.

The shows will be held at the Cultural Center of The Philippines on March 30 and 31.

Then starting this April, Aicelle will be part of GMA-7's weekly musical variety show, Studio 7.