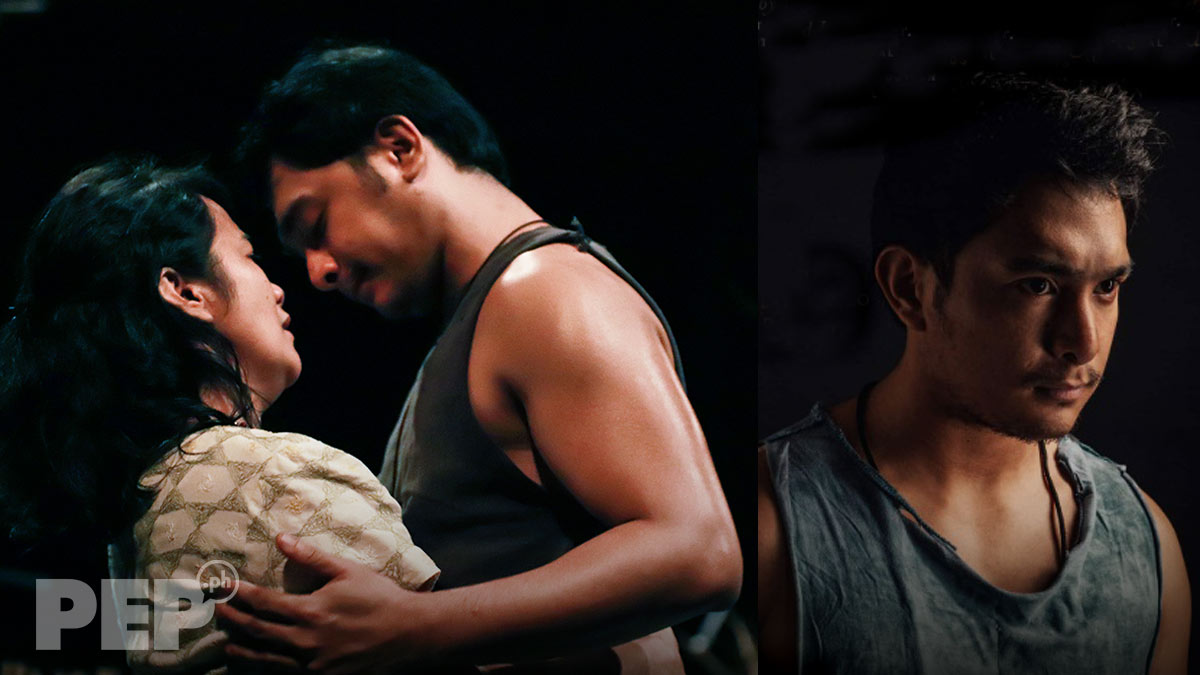 Sandino Martin names the actress he wants to be his partner if he will depict a May-December love affair in a movie.
PHOTO/S: Gia Allana Soriano (left frame)

Sandino Martin will be part of the restaging of Himala: Isang Musikal this 2019.

Himala: Isang Musikal is based on the screenplay by Ricky Lee for the 1982 film directed by Ishmael Bernal.

It follows the story of a young woman named Elsa, who seems to develop miraculous healing powers after claiming to have seen the Virgin Mary. In the process, she becomes the savior of the people of the impoverished Barrio Cupang.

In this production, Sandino is cast as Pilo, the love interest of Chayong (played by Neomi Gonzales).

It will have a rerun from September 20 to October 20 at the Powermac Center Spotlight in Circuit Makati.

IS SANDINO WILLING TO STAR IN MAY-DECEMBER AFFAIR MOVIE?

Before there was a spate of movies with the May-December love affair as theme, Sandino already played a young man in a romantic relationship with an older woman in Changing Partners.

Changing Partners, a musical written by Vincent de Jesus, was staged at Peta Theater in September 2016. A year later, it was adapted for the big screen as an entry to the 2017 Cinema One Originals film festival of independently produced movies.

Sandino, 27, had Agot Isidro, 53, playing his live-in partner in the four-character production that also starred Jojit Lorenzo and Anna Luna.

In November 2018, Angel Aquino, 46, and Tony Labrusca, 24, teamed up for the steamy drama, Glorious, which was released through the iWant streaming service.

Last August, there were two entries in the 2019 Cinemalaya Philippine Independent Film Festival that had similar romantic pairings: Mylene Dizon, 45, and Kit Thompson, 23, in Belle Douleur; and Sunshine Cruz, 42, and Enzo Pineda, 29, in Malamaya.

The actor-singer spoke to PEP.ph last August 27 at the press con of his current project, Himala: Isang Musikal.

He said that he got to see Belle Douleur through the invitation of Kit Thompson, his co-star in the recently concluded ABS-CBN drama series, Sino ang May Sala? Mea Culpa.

Although Sandino didn’t get too intimate with Agot in Changing Partners, he said that he could be as daring as Kit, who has several love scenes with Mylene and a butt exposure.

“I’ve done it before. I was already completely naked before sa film, Esprit de Corps,” Sandino pointed out, referring to the 2014 Cinema One Originals entry.

“So ang mga gano’ng eksena, ano na lang yun…” he said, clicking his fingers to mean it’s a walk in the park.

If he’s offered to star in a May-December love affair movie today, Sandino said his perfect partner would be Sylvia Sanchez.

“I admire her as an actress, so I’m excited to work with her,” he said of the veteran actress who received praise for her Kapamilya teleserye The Greatest Love. “Excited ako na magtagpo ang mga mata namin.”

For his dream project with Sylvia, Sandino envisions it with a shocking theme.

But, no, he doesn’t see himself directing the movie.

“I want to, but not this time,” he said about filmmaking in general. “I believe in evolution as a person. I wanna do it if I’m ready.