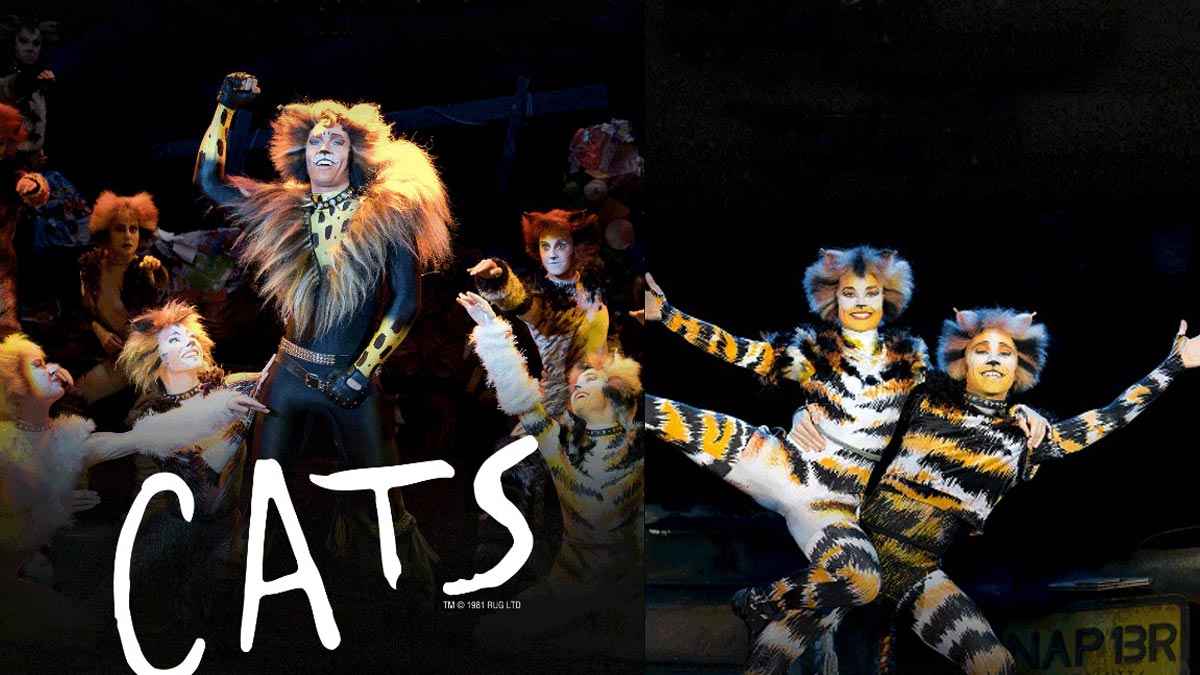 The aging Grizabella singing Memory, reprised by Joanna Ampil in the Manila run, is the crowning moment of the musicale. One of the longest-running plays both in Broadway and West End, the production has been touring internationally and Joanna first performed the role in the United Kingdom in 2013.

After wowing global audiences with her portrayal of Grizabella in the international touring production of Cats, Joanna Ampil is finally able to regale her kababayans in the hit musical’s Manila staging.

The limited run of Cats at The Theatre of Solaire Resort and Casino in Paranaque City opened last November 6 and closes on December 1, 2019.

Joanna gives a goosebumps-inducing performance as the formerly glamorous cat who has become an outcast among her peers and reminisces her old glory through the song, "Memory."

She means every word she sings, and it makes the audience emphasize with and root for her character. By the time she reaches the line, “Touch me, it’s so easy to leave me,” she has the audience tearing up.

"Memory" is such a popular song that has been recorded by well-known singers such as Barbra Streisand and Barry Manilow, but Joanna makes it sound so fresh onstage. (There’s also a twist in the song’s lyrics for the Manila staging that Filipinos will appreciate with much "liwanag.")

She deserves every applause not just because she’s a Pinoy pride but she’s simply outstanding.

The rest of the cast and the whole production in general are just as captivating, no wonder that Cats remains a top favorite among musical lovers since it opened on London’s West End in 1981.

The production value is so high that the musical becomes a visual spectacle, never mind that it’s set in a junkyard where the so-called Jellicle cats meet up.

Every character has its unique personality that is expressed through costume, makeup, and movements. Some of those characters even roam around the theater while the show is ongoing—to the surprise and delight of the audience!

There aren’t much conflicts or complicated plots in the story, just a presentation of the different personalities that inhabit this feline world and their special abilities.

Aside from the tragic Grizabella, there’s Old Deutronomy who functions as the leader of the pack who gathers annually for the Jellicle Ball. The others include the young white cat Victoria, the large gray tabby Munkustrap, the old gumbie cat Jennyanydots, the playful prankster Rum Tum Tugger, and “twenty five pounder” Bustopher Jones.

Plus the fun-loving duo of Mungojerrie and Rumpleteazer, as well as Gus the Theater Cat, Skimbleshanks the Railway Cat, and the reliable Demeter and Bombalurina.

Then there’s the mysterious and villainous Macavity, who causes a ruckus in their gathering.

At night’s end, Old Deutronomy chooses among them on who will journey to the Heaviside layer and be reborn into a new life as cats supposedly have nine lives.

Audiences will leave the theater thoroughly entertained and humming the hit songs, plus a new addition: a Tagalog translation of "Memory!"