Maybe we all need a bit of Luis Manzano's GGSS posts 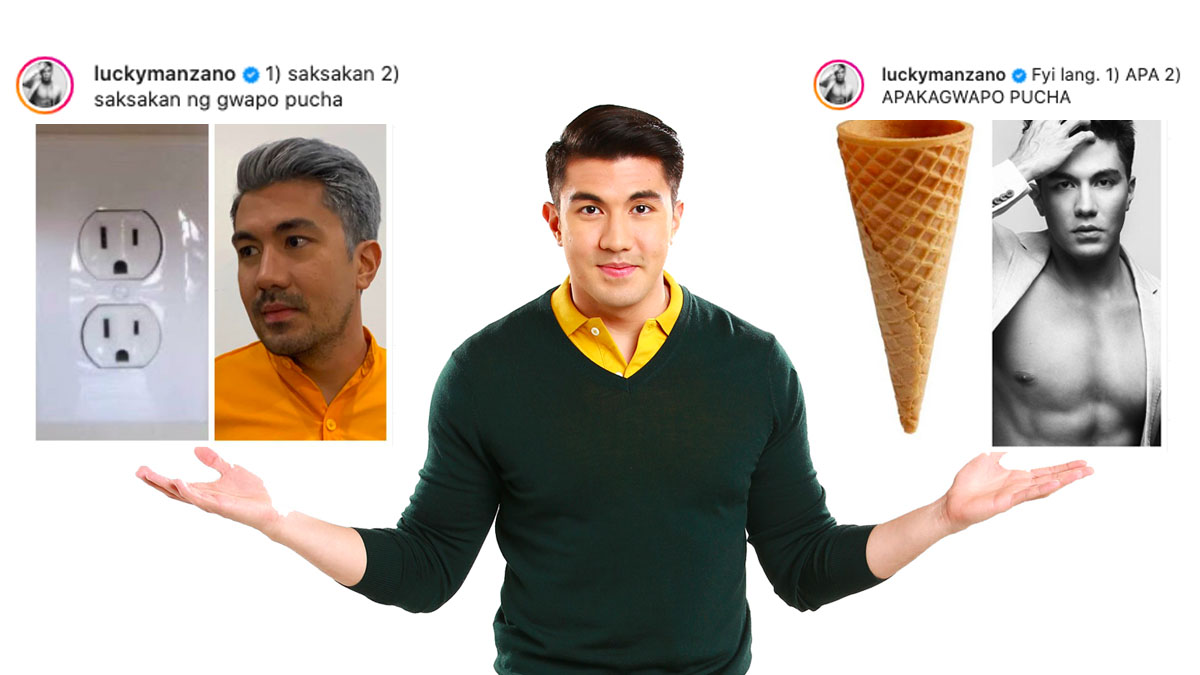 In the time of COVID-19, Luis Manzano's Instagram feed has given netizens a good laugh, thanks to his funny videos and photos, including his GGSS posts.
PHOTO/S: @luckymanzano on Instagram; File

Luis Manzano has revived one of his memes featuring himself and Asia's heartthrob Jerry Yan.

And once again, we are reminded that he is in the running for what he termed as "pogilympics."

The first time he put this out was on August 4, 2020, shortly after Jerry's steamy bathtub stills for his series Count Your Lucky Stars broke the Internet.

Those who have been following the 39-year-old star's Instagram feed are used to his "GGSS" or "guwapong-guwapo sa sarili" posts.

And whoever is hot, the son of Edu Manzano and Vilma Santos finds a way to make himself hotter.

He also did a series of posts tagging and asking Super Junior member and actor Choi Si-won to "meet your twin from the Philippines Sipon Choi!"

Fellow celebrities could not help but drop their reactions.

His memes, photos, videos, and captions are very much attuned to his funny-guy persona, which, by the way, has landed him numerous hosting gigs, not to mention endorsements.

At the launch of his latest project as game-show host for the "Playtime Panalo" on The Puregold Channel, he said entertainment has never been so in demand.

While waiting for his next TV project to be finalized, Luis' online game show has been giving netizens the chance to be chosen either as home partners or as game-show contestants.

And, by the way, there's a game question about his being guwapo.

In a separate interview with PEP.ph (Philippine Entertainment Portal), he previously said that his "GGSS" posts and pronouncements, though some are "takaw-bashers," are harmless.

"Nothing but the truth," he threw in, looking serious.

He added, "I don't do that para magpapansin o magka-project. If you noticed, if there's a funny video, nasa feed ko dapat iyan.

Come to think of it, in the time of pandemic, we don't just need humor in our lives, but doses of self-confidence, too.