Sandino Martin topbills Manhid: The Pinoy Superhero Musical, which will kick off on February 20 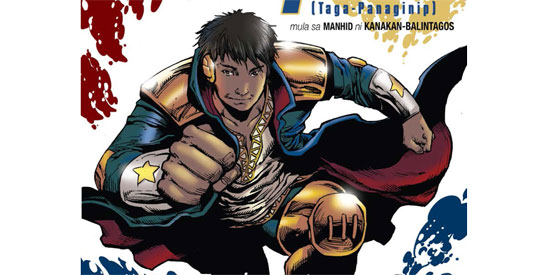 Set in an alternate present day Philippines where the EDSA revolution failed, this musical features heroes and villains with superpowers, and a people sick with Kamanhiran (Apathy). Manhid is the final production in Ballet Philippines’ 45th anniversary season.

Super-powers, entertaining scenes with well fleshed out characters and an exceptional score spells the rare formula for Manhid. It has already achieved cult status because the Eraserheads – the band who helped compose the music and performed it in the original production in 1992 performed at the University of the Philippines – have gone on to become one of the country’s leading pop groups. They released “Kailan”, one of the songs from Manhid that became a top selling hit.

Manhid is a musical take on comic books. It is divided into three “books” that are patterned on classics of the comic book genre: No. 1. the origin issue, No. 2. the “dark/crisis” issue and No. 3. the all-out / good versus evil battle episode of the “annual”.

The play is about the battles of two groups of superheroes: the Maragtas headed by tabloid writer Bantugan Buenaventura and the lady activist Lam-ang Panganiban versus the Tulisan ng Bayan headed by General Apolaki Regalado.

The Tulisan are employed by Mamalahim-ma, a demonic Minister of Humanity who plans on enslaving whole generations of Filipinos with her epidemic of Kamanhiran. The heroes and villains, as children of their native land receive their powers when they were named after the gods and heroes of Philippine myth as a protest for the Masaker ng Taong Bayan. In their battles these opposing teams fight for the future of the Philippines.

The cast is led by Sandino Martin as Bantugan, who recently won Best Actor at the 2014 Cinema One Originals for his role in Esprit de Corps. He alternates with BP apprentice Mark Anthony Grantos.