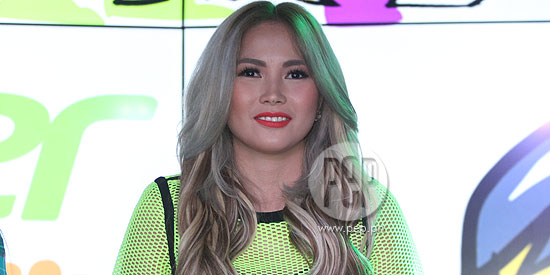 Yeng Constantino reveal that aside from being active in the music industry, she also wants to pursue acting and do an episode of Maalaala Mo Kaya.

Pop rock princess Yeng Constantino is happy to announce that she will be having her own musical as part of her 10th anniversary celebration.

In an interview with PEP.ph (Philippine Entertainment Portal) and other members of the press during the June 5 launch of the Acer #PullItOff campaign at K-Pub in TriNoma, the singer revealed her surprise for her fans.

YENG CONSTANTINO MUSICAL. Yeng excitedly talked about her celebration that will mark her first decade in showbiz.

She revealed, “On my tenth year anniversary, we’ll start it this November magkakaroon po ng Yeng Constantino the Musical."

This production will be produced and staged by PETA.

Apart from being active in the music industry, Yeng is also praying for more acting stints, preferably in the drama anthology show of ABS-CBN.ï¿½

It will be remembered that Yeng had her movie debut for the Cinema One Originals entry Shift, wherein she played a call center agent who is infatuated with a gay co-worker. It bagged Best Picture in the 9th Osaka Film Festival in March 2014.