Dulce is cast in local version of "Hair Spray" 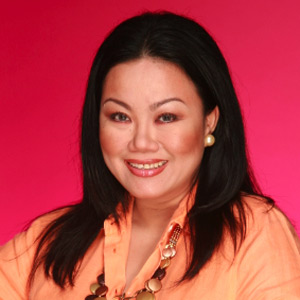 Dulce (in photo) marks her 30th anniversary in the entertainment scene by thrilling theatergoers again in Hairspray. She will portray the role of Motormouth Maybelle (depicted by Queen Latifah in the 2007 movie version). Atlantis Productions will stage this play from November 14 to December 7, 2008.


In celebration of her 30th anniversary in the entertainment scene, Dulce will be returning to the musical theatre stage via Atlantis Productions' staging of the Tony award-winning musical Hair Spray.

Tim Espinosa and Madel Ching are cast as Link Larkin and Tracy Turnblad in the Philippine version of this musical. Link was played by Zac Efron in the Hollywood movie while the role of Tracy went to newcomer Nikki Blonsky.

Dulce, who began her career in 1978, last appeared on stage several years ago in the first run of Himala the musical. She was personally chosen by Hair Spray director Bobby Garcia to play Motormouth Maybelle, the role made famous in the 2007 film by Queen Latifah.

The Cebuana singer, who has spent the last few years focusing on her ministry work, admits though that she was not too familiar with Hair Spray when she got the offer. But when her children told her all about it with great excitement, she was convinced that it would be perfect for her.

She thinks Maybelle is the perfect role for her at this point in her life and shares the sentiments of her Act 2 showstopper song "I Know Where I've Been." Dulce says she is looking forward to working with so many new people, as well as fellow performers she has not worked with for some time.

She admits: "I'm actually a very shy person, so I'm looking forward to being in a room with people I don't know too well and collaborating with them. It will force me to overcome my shyness. Plus the sense of accomplishment in working with others to put on a show is really special."


SYNOPSIS. Hair Spray is set in 1962 Baltimore, Maryland. It follows the life of a "pleasantly plump" teenager named Tracy Turnblad as she simultaneously pursues stardom as a dancer on a local TV show and rallies against racial segregation.

Based on the John Waters film, Hair Spray is the winner of 8 Tony Awards in 2002 including Best Musical.