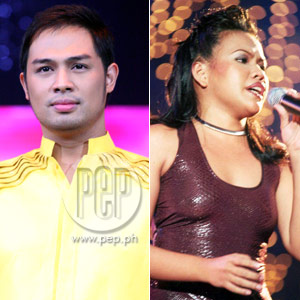 Jed Madela and Bituin Escalante are some of the stars who will perform in the
Singers Bituin Escalante, Ayen Munji-Laurel, Celeste Legaspi, Jed Madela, and Leo Tavarro-Valdez topbill this month's grand music and dance production to be presented by the Cultural Center of the Philippines (CCP) slated on February 27, 2009, 8:00 p.m. at the CCP Main Theater.

Billed as Rubies: Gems in Philippine Performing Arts, the CCP's gala performance is one way of thanking the people/institutions who supported the CCP in its 40 years of existence. The concert is also held in celebration of the CCP's 40th Anniversary and the 2009 National Arts Month.

With "excellence of Filipino artists and original Filipino works" as the anniversary month theme, the production presents excellent and timeless Filipino music compositions ranging from the legendary Dularawan to the original Filipino operas La Loba Negra and La Boheme, to the timeless kundiman suites and sarsuwelas Paglipas ng Dilim, Dalagang Bukid, Ang Kiri, Magsimula Ka, and Larawan, among other works.