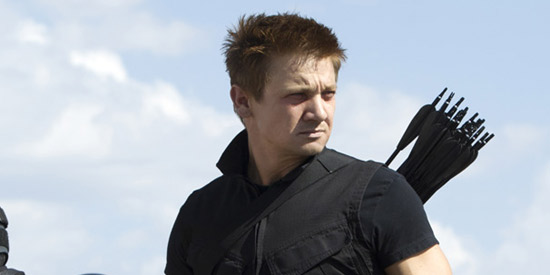 The Bourne Legacy star Jeremy Renner thoroughly enjoyed his stay in the Philippines, which is why he intends to return to this Asian country.


In an exclusive interview with ABS-CBN News North America, the Hollywood actor pointed out, "[The] Philippines is great, man. But what makes it great--the islands, yeah, tremendous, nothing better--but it's the people. People made it great. That's why I'll go back.”

Jeremy took this opportunity to apologize for any inconvenience caused in Manila during the filming. “We're done with 'Bourne' now so traffic is back to normal. I'm sorry for that, guys.”

From several weeks in late January and early February this year, major roads were closed to vehicular traffic to give way to the shooting of the movie.


Aside from Jeremy, Rachel Weisz and Edward Norton were in the Philippines to shoot key scenes of the Hollywood spy thriler.

The two-time Oscar-nominated actor feels lucky to have been part of several big projects so far. Jeremy admitted, “I feel like a bit of luck, you know, and a lot, a lot of hard work. Just belief, I suppose. I feel very lucky.”


Jeremy was last seen in Mission Impossible: Ghost Protocol and is cast the upcoming superhero movie, The Avengers.

He said that viewers can look forward to a twist in the story involving his character, the archer called Hawkeye.

“When I first read the script, [I was surprised]. Then I realized, 'okay.' It's not something I can talk about at this point; it kind of gives things away, which is a little frustrating. But, yeah, you know, it's interesting to be introduced to a world and the character,” Jeremy was quoted as saying.

The playdate for The Bourne Legacy is scheduled by August 2012.