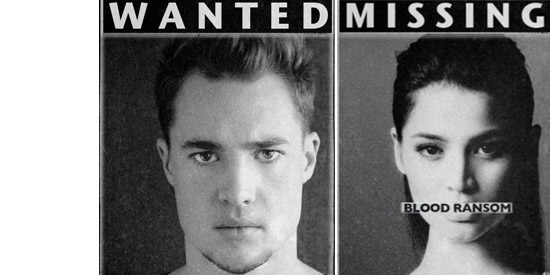 Starring in a Hollywood movie is said to be one of Anne Curtis’s lifelong dreams. The Fil-Australian actress is now on track in fulfilling this dream.

The TV host-actress is currently in California to film a Hollywood crime thriller titled Blood Ransom.

Last May 23, Anne temporarily bid goodbye to It’s Showtime, her noontime program on ABS-CBN, to work on a project that she described as “a dream come true.”

Prior to leaving for the United States, Anne was tightlipped about her international project but it was previously reported on PEP Alerts (www.twitter.com/scoopbox) that Anne would be part of the Hollywood movie Blood Ransom.

Last June 6, Anne herself confirmed this news on Twitter by sharing a black and white photo of her used as a teaser for the said movie. Anne’s photo is used in a fake missing-persons poster and has the words “Blood Ransom” placed over her mouth.


According to an article published in Interaksyon, Anne reportedly auditioned in Manila sometime in March and was able to beat other actresses and several Americans in bagging the lead female role.

The said article also revealed that Anne is staying in a five-star hotel in Los Angeles and that she is assigned her own production assistant.

Blood Ransom is a suspense film penned by Filipino-American Francis de la Torre, who also serves as the director of the movie.

The film revolves around Jeremiah (played by Alexander Doetsch), a Filipino immigrant who is hiding in the United States. He is forced to plot the kidnapping of Crystal (Anne Curtis), his American boss’s beautiful young girlfriend. Jeremiah’s plan goes wrong when his accomplices botch up the plan.

Roman, Jeremiah’s boss, then assigns his psycho hit man Bill to hunt down the kidnappers.

Crystal refuses to return to her boyfriend Roman, prompting Jeremiah to take care of her. The two fugitives begin a dangerous love affair on the run.

With the hit man deep in pursuit and murdering anyone who crosses his path, Jeremiah and Crystal should stay ahead of the game.

Little do they know that a burning secret could threaten Crystal and Jeremiah’s love for each other.

Tectonic Films is the same producer of the 2011 movie, Subject: I Love You. Jericho Rosales starred in this Francis de la Torre movie that also featured Hollywood actors Dean Cain and Briana Evigan.

Blood Ransom is scheduled to be screened in the United States in 2013.