REVIEW: Naruto the movie: Road to Ninja offers a trip down memory lane 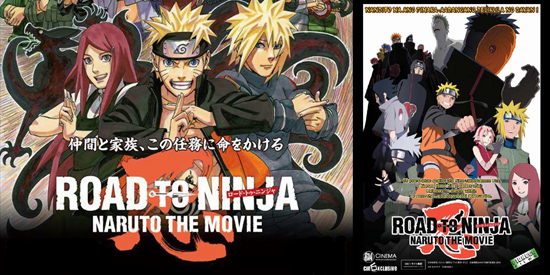 Naruto: Road to Ninja is directed by Hayato Date and written by Masashi Kishimoto.

Fans of Naruto rejoiced when the animated film Naruto: Road to Ninja was finally screened in the Philippines.

Naruto: Road to Ninja is the ninth overall Naruto film and the sixth in the Naruto: Shippuden series. The film was shown in Japan in July 28, 2012. The movie is directed by Hayato Date and written by Masashi Kishimoto.

The film depicts how Naruto and Sakura stopped one of their mortal enemies from stealing the Nine-tailed beast sealed inside Naruto.


The movie begins with a battle scene between Naruto and his team of ninjas and the "Akatsuki," a group of rogue shinobis threatening the ninja world. Naruto’s team triumphs on fending off their enemy. However, it is revealed that the Akatsuki shinobis are actually just clones made by Tobi, one of the remaining members of the Akatsuki.

Naruto and his friends return home where most of them are greeted by their families with warm welcome and congratulations. Sakura, on the other hand, had a little fight with her parents.


Naruto and Sakura then met up and eventually went on a “date.”

Soon, Tobi attacked the two and transported them to an alternate reality through his Jutsu (supernatural ninja skill). Naruto and Sakura are trapped in a parallel universe where the personalities of everyone they know have been reversed. The two wanted to get out of this alternate reality but they were also tempted to stay since they almost had everything they dreamt of in this world.

If you’re not a fan, you might get lost in the movie as it references a lot of back stories and character details from the anime series.

For “otakus” and loyal fans of the anime series, it is entertaining to see some Konoha ninjas display qualities that are the opposite of their known personalities. Some of the characters seemed unnecessary such as Guy-sensei, Rock Lee and Sai. Still, they provided humorous moments and gave a “fresh" approach to the movie.

The Akatsuki members who died in the series are alive in this movie. However, they lacked distinct characteristics and did not even get to display their action skills. Some of them didn’t even have speaking lines. A longer fight scene would have served their characters well.

Moviegoers also get see Naruto’s parents, Minato and Kushina, alive and well in this animated film. Naruto’s parents died protecting the village of Konoha from the nine-tailed beast in the anime series. Viewers will also get to know more about Sakura’s parents, Mebuki and Kizashi, who were rarely featured in the series.

The movie offers a good character development for Naruto. His plight in the film is moving and moviegoers can easily relate to his conflict. However, Sakura’s character development is blunt and boring. Her conflict in the movie is not as significant as Naruto’s. Sasuke, another main character in the anime series, barely made an impact in the film. Most fans would’ve wanted Sasuke to have an important participation in this film.

For an anime feature film, the graphics or animation is average. The storyline has also become more complicated compared to previous films. In the past, the plot merely introduced an antagonist and Naruto defeated him by striking his “Rasengan” justu into them.

Naruto: Road to Ninja contains all the good points of the series: the humor and the emotional bonds formed by the characters who display their trademark skills.

Overall, Naruto: Road To Ninja offers good thrills and a trip down memory lane for those familiar with the anime series.