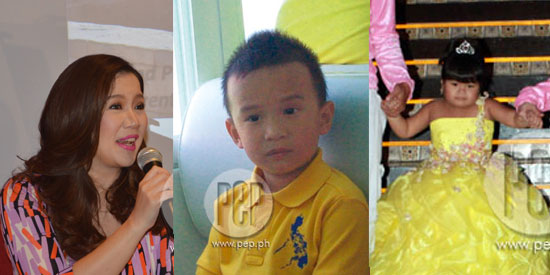 Kris TV continues to celebrate its second anniversary this month, with a special feature on Singapore.

From June 24 to 28, viewers can watch the entire three-day trip of Kris Aquino, sons Joshua and Bimby, and co-hosts Melai Cantiveros and Jason Francisco in the land of the Merlion.

Highlights of the trip include a visit to Singapore’s giant observation wheel, the Singapore Flyer, as well as nightlife spots in Clarke Quay.

Josh and Bimby also enjoyed hanging out at the family-friendly destinations like Universal Studios Singapore, Adventure Cove Waterpark, and Sentosa.

In a press conference held June 18 at the Holiday Inn & Suites Makati, Kris told the press the she particularly appreciated the Ducktour, which is a unique land and water adventure that allows you to see the best of Singapore in one go.

“Kasi we did that in Boston [Massachusetts, USA]. It’s the same exact tour na the drama there… sa Boston kasi when you’re near Harvard [University], you’ll go to the Charles River and then susulong ka doon.

During the presscon, Kris also showed her “travel vision board,” which is basically a collage of photos taken during their trip.

Kris cited that among their most memorable stops was at the Universal Studios Singapore’s new attraction called the Sesame Street Spaghetti Space Chase that Josh and Bimby particularly enjoyed.

She also recommended future visitors of Signapore to go to the Gardens by the Bay.

“You have to see that. Iyon, grabe. Sabi ko, ‘Ang ganda,’ kasi all the plants, and then…

“Kasi it was hot, raining [outside], but if you go there, you’re enclosed and then the temprrature they said was 20 degrees Celsius all year round, so it was so pleasant.

“’Tapos, ang bango bango and then they have giant waterfalls and all different types of plants.

“I think as you get older that’s when you appreciate plants and flowers. Totoo, kasi when you’re young, ‘di ba, care mo? But now, talagang sabi ko, ‘Ang ganda.’

“I really, really enjoyed that.”

Kris also said that she enjoyed her experience at the Peranakan Culture Center, where she learned more about the heritage of Singaporeans.

BIMBY'S MOVIE DEBUT. Kris mentioned that her son Bimby will make his movie debut via Torky and My Little Bossing, one of the 8 official entries in the 39th Metro Manila Film Festival (MMFF).


In an interview with ABS-CBN, Kris revealed that she is a co-producer in this movie that will also star child star Ryzza Mae Dizon and Vic Sotto.

The proud mother says that her son Bimby plays the titular character in this MMFF entry. She pointed out: "Si Tory is Victor, so it's Vic Sotto, si 'little bossing' is Bimb, so kilig-kilig ang nanay."


Although Bimby has watched Ryzza Mae's TV show on GMA-7, Kris's son has yet to meet the young TV host.

The Kris TV host explained: "Para ma-preserve na may ilangan sila, natural. Kasi with kids you have to be as natural as possible."

Kris narrated that Bimby was concerned if he would be the star in this movie to be directed by Joyce Bernal. "I asked him noong tumawag pa lang si Boss Orly [Ilacad] at pinanood ko si Ryzza Mae, I asked Bimb, 'Do you like to do it?' Tapos sinabi niya, 'Am I the star?' Sabi ko, 'Of course you are the star!' So sabi niya, 'Okay,'" Kris was quoted as saying.