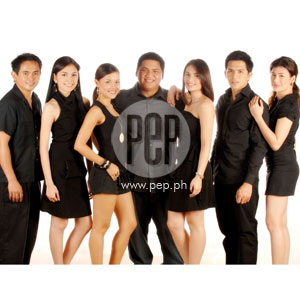 
Regal Entertainment brings together today's biggest and most sensational teen stars from the two giant TV networks (ABS-CBN and GMA-7) to star in the 9th sequel of its horror series Shake, Rattle and Roll.

Mother-and-daughter producers Lily Monteverde and Roselle Monteverdeo-Teo will screen the three-part Shake, Rattle and Roll 9 on Christmas Day as their entry for the 2007 Metro Manila Film Festival.

Shake, Rattle and Roll 9 features three segments with only one mission: to make audiences scream during the festive holidays.

The first episode, "Christmas Tree," tells the bone-rattling story of a family who spends a Christmas break at their grandmother's house after recovering from a painful tragedy. As they happily celebrate their warm reunion, the eerie Christmas tree in the living room watches them with unblinking, bloodthirsty eyes, waiting for the right moment to turn each family member into its grand Christmas feast.

The second episode, "Bangungot," spins a daunting horror-suspense thriller about unrequited love. Young and beautiful Marionne (Roxanne Guinoo) is helplessly in love with the ultra-serious Jerome (Dennis Trillo) who is already engaged to Florence (Pauleen Luna). As Marionne decides to confront Jerome, a red-cloaked phantom traps them both into a twilight- zone nightmare that leads to an unexpected fatal twist.

For the spine-chilling finale, "Engkanto" tells the uncanny tale of a teenage gothic band heading for a gig in a remote province. Unfortunately, they find themselves lost in a forest, forcing them to take refuge in an abandoned resort. Unknown to them they have trespassed the territory of the stunningly tempting Engkanto (Katrina Halili) who has menacingly bound them in an inescapable deathly spell.

This latest reincarnation of Shake, Rattle and Roll is filled with astounding visual effects that will take the frighteningly macabre and grotesque stories to a whole new level.