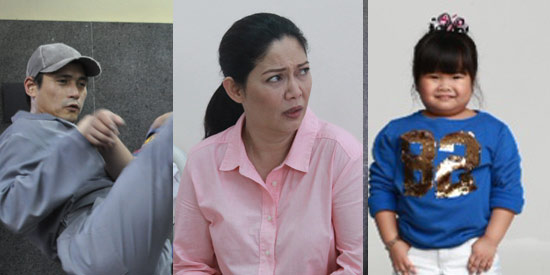 The action-drama film 10,000 Hours emerged as the Best Picture of the 39th Metro Manila Film Festival.

Starring Robin Padilla, this MMFF 2013 entry won majority of the trophies handed out earlier tonight, December 27, during the awards night held at the Meralco Theater.

Kris Aquino and KC Concepcion served as the hosts of the Gabi ng Parangal.

Boy Golden won the Best Float award in the 39th Metro Manila Film Festival. The said float had a vaudeville '60s theme and had a vintage car as part of its float design.

(To view photos of the floats that competed in MMFF 2013, CLICK HERE)

Optical Media Board chairperson Ronnie Ricketts received a special recognition for his commendable efforts to fight piracy in the movie industry.

HERE IS THE LIST OF MMFF 2013 NEW WAVE WINNERS: