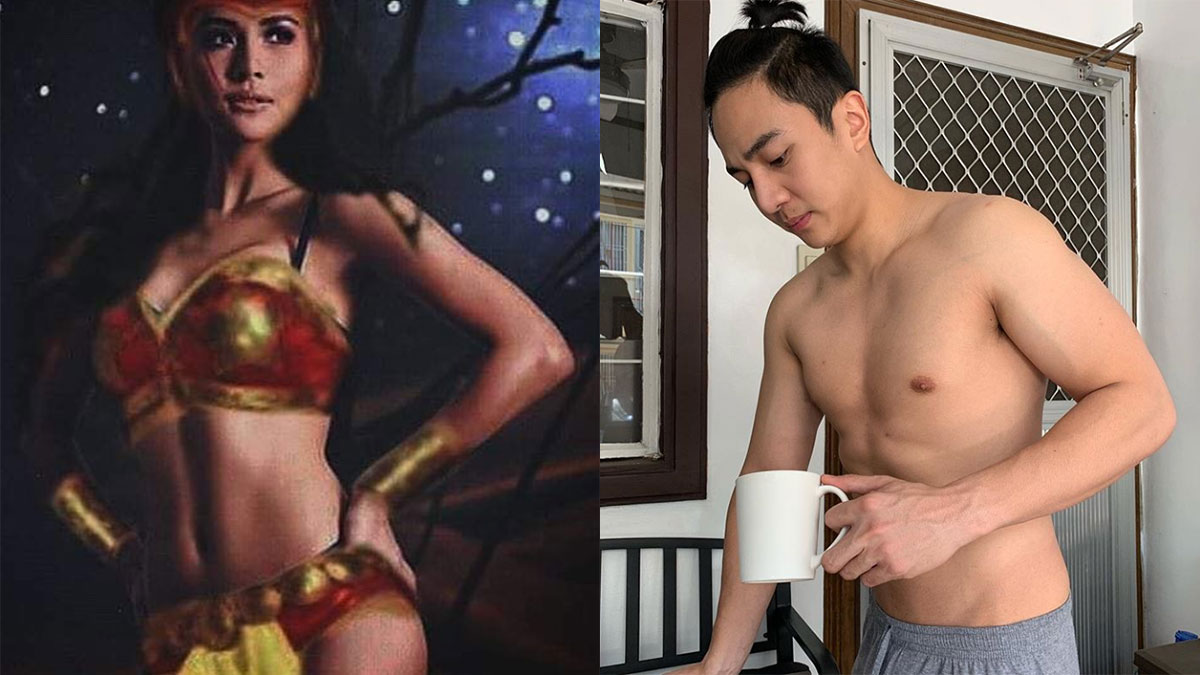 GMA-7 actor Jak Roberto pokes fun at the edited Darna photo of his younger sister, Sanya Lopez. Sanya is one of the actresses that netizens hope will be chosen as Darna.
PHOTO/S: @jakroberto on Instagram

With Liza Soberano's recent withdrawal from the Darna project, people are now placing their bets for the actress who will play the much-coveted superheroine.

One of these actresses is GMA-7's leading lady, Sanya Lopez, whose big break was the Danaya role in the 2016 version of Encantadia.

Before Liza got the role, some netizens were already betting for Sanya. The only conflict is that Sanya is an exclusive GMA artist, while it is ABS-CBN Films's Star Cinema that will be producing the movie adaptation.

Sanya's older brother and GMA-7 actor, Jak Roberto, went along with the wishes of fans.

On Instagram today, April 5, Jak posted an edited photo of Sanya where her face was superimposed onto a body wearing the Darna costume.

In his caption, Jak teased his younger sister with their usual "pamalo" and "bida bida" banter.

In the past, Jak teased his sister as "bida bida" whenever she does sexy scenes on television and in movies.

He would also "threaten" to get a "pamalo" to hit his younger sister.

The first time he issued this "threat" was in 2017 when Sanya did a sexy dance in the Kapuso afternoon series, Haplos.

Sanya has yet to react to her brother's post. She is expected to star in GMA-7's upcoming afternoon series, Blood Money.

Here are some of netizens's tweets about Sanya playing Darna: