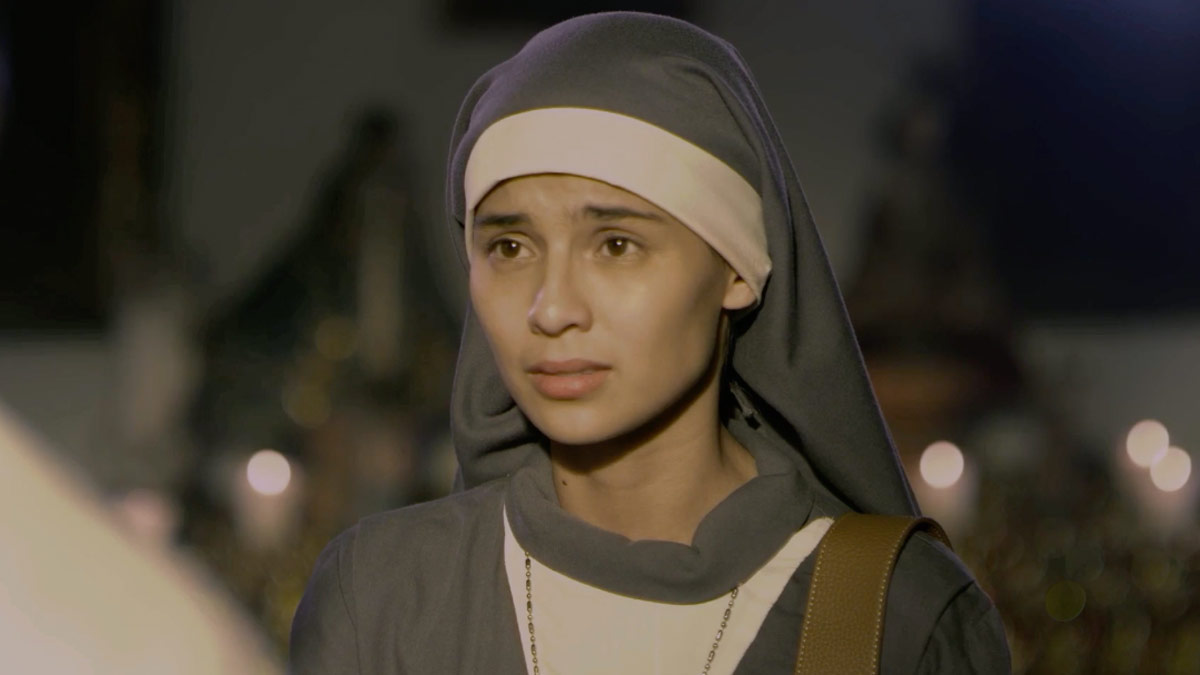 Netizens sympathized with Jasmine and one even described a similar incident with a different mall.

"I also inquired at a small mall here in Pasig and they added me to their email list. I receive info on movies to be shown in advance and there are no local films on the lists :("

The Maledicto actress also retweeted the post of a netizen comparing the way theaterowners treated Hollywood movies and Filipino films.

The GMA-7 actress appealed to Pinoy moviegoers to support their film. She retweeted the photo of a netizen indicating that Maledicto is the lone Filipino movie that dared compete against Avengers: Endgame in the Philippine box office.

In Jasmine’s current movie project, Maledicto, she plays Sister Barbara, a nun endowed with a spiritual gift, or charism.

She is also a teacher, and she believes that one of her students, Agnes (Miles Ocampo), is possessed with evil spirits.

When asked about the meaning of the movie’s title, Jasmine explains that the word Benedicto means “blessed” in Spanish.

Maledicto and Aurora, which are both horror flicks, were submitted for competition in the 2018 edition of the annual Metro Manila Film Festival (MMFF).

But only Aurora made the cut, and it went on becoming the third top-grossing entry.

Even if her movie had been an MMFF 2018 entry, Jasmine said in an interview with PEP.ph (Philippine Entertainment Portal) that it won’t pose a problem with her and her Ate Anne.

Jasmine added that she and her sister are more concerned about spending time with their parents, especially their mother Carmen, who’s based in Australia.

Jasmine and Anne flew a week apart last March to the Australian city of Melbourne to be with their Mama Carmen, who had an operation at that time.

Jasmine admitted, though, that she and her sister teased each other about a would’ve been possible MMFF showdown.

For instance, when the GMA-7 teleserye, Sahaya, premiered on March 18, Anne, an exclusive ABS-CBN star, promoted it via Twitter because Jasmine played an important role during its pilot week.