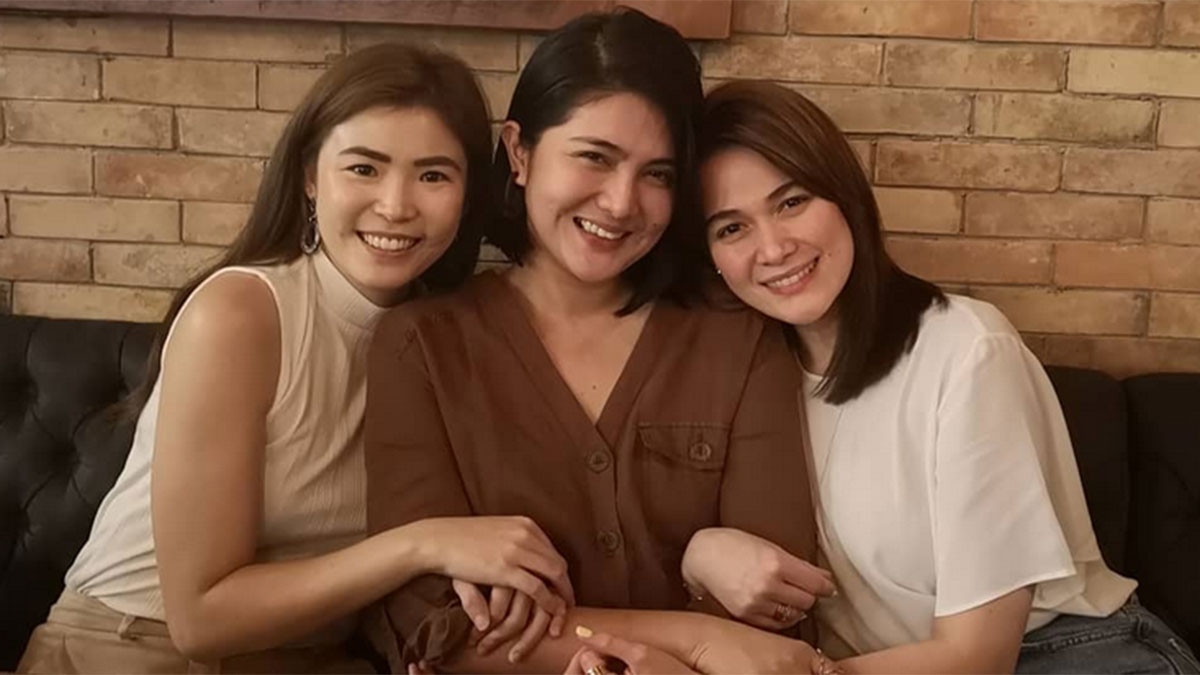 Bea Alonzo had a reunion with her female co-stars from the hit 2007 movie One More Chance, Dimples Romana and Bea Saw.

The three girls shared their photo taken during their simple get-together through their respective Instagram accounts last May 6.

Dimples wrote in her post, "It's forever Thursday for us @beaalonzo @beatriz_saw"

Beatriz, who has not been active in showbiz for a while now, said that she missed bonding with the three girls.

The three girls kept mentioning "Thursday" on their captions because their group in One More Chance was called the "Thursday Barkada."

Dimples kept her followers updated about the girls's reunion through her Instagram stories.

In her first Instagram story, Dimples said that she needed a "momcation," which is why she chose to see her "maaarte kong friends," referring to Bea and Beatriz.

Dimples then recalled their names in One More Chance: Dimples played Krizzy, Beatriz portrayed Anj, while Bea was known for her character Basha.

In Dimples's next update, she showed how Bea taught Beatriz to do an Instagram story.

One More Chance is considered as one of the top-grossing films starring Bea Alonzo and John Lloyd Cruz. It was directed by Cathy Garcia-Molina.

When Basha (Bea) and Popoy (John Lloyd) went through a break-up, their relationship with the Thursday barkada got affected.

The movie, which was released in November 2007, grossed more than P152 million in the box office.

Given the movie's success, Star Cinema decided to produce a sequel after eight years. It was titled A Second Chance (2015).

The sequel focused on Basha and Popoy's married life and their struggles as a couple.

A Second Chance grossed P445.9 million in the box office during its domestic run.