Pinoy movie moms who are scene-stealers 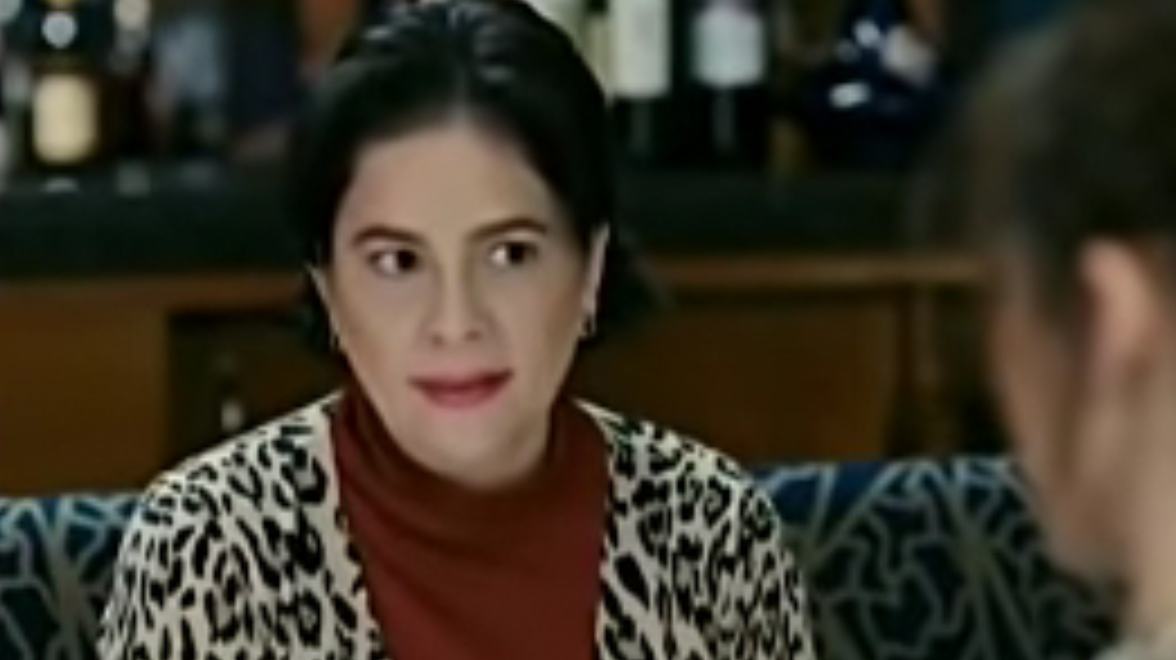 Mother, mom, mommy, mama, nanay, inay, mami, momshie, ma. We call our mothers by different names as a sign of our affection and love expression.

Pinoy movies are no different, portraying them in different manners and characterizations that resonate with someone, somewhere.

We took a look at some Pinoy movie moms who, through many years of local movies, managed to steal the scene (and always in a good way) that helped us remember the movie better because of their quotable and memorable lines.

Along with their passionate and creative delivery of the many faces and modes of a Filipino mother, we have all laughed, cried, and laughed some more with these over-the-top, scene-stealing moms.

Why she's a scene-stealer: My Monster Mom is the story of Esme Fajardo (Annabelle Rama), an abrasive, opinionated Cebuana who went to Manila to study, fell in love with a playboy, got pregnant by him, stopped schooling, and gave up her child to relatives abroad. The child she gave up, Abbey Gail Fajardo (Ruffa Gutierrez) comes back 27 years later, now an English-speaking balikbayan from the United States.

When they reunite, Esme introduces Abbey Gail to her two brothers, both from different fathers, "Bebi gel, this is Boboy, Pipo. They are your brothers! Iba-iba their fathers, only one mother, me!"

All the misunderstandings and dealing with volume control along with how they resolve their differences, provide the main driving points of the story. Annabelle was a scene-stealer as she kept calling Abbey Gail bebi gel, playing one of the noisiest, annoying moms on the silver screen. But it was clear that underneath all the bluster and harsh exterior, Esme loved Abbey Gail and her two sons.

Why she's a scene-stealer: Unlike her daughter Charmaine Dela Costa-Escaler (Cristine Reyes), Babygirl Dela Costa (Carmi Martin) is feisty and palaban from the onset.

While the movie is centered around the love affair between Derek Ramsey and Anne Curtis' characters (Ram and Kara) with Cristine Reyes' demure wife character eventually fighting back for what is hers, it was Carmi Martin who really shone as the mom who likened mistresses to snatchers when she told Cha, "Dahil nga ang mundo ay isang malaking Quiapo, maraming snatchers! Maaagawan ka! Lumaban ka!"

When Cha starts to doubt herself again, how she will fight an heiress like Kara, who may be a mistress yes, but a rich one, Babygirl points out, "Pare-parehong p*ta lang yon! Yung mayaman original ang Hermes, yung mahirap, binili sa Greenhills! Yun lang yun!"

Her zingers and witty comebacks made her someone to watch for every time she came on screen. It was her advice that helped push Charmaine to try and win her husband back.

Why she's a scene-stealer: Jaclyn Jose as Ellen, mother of Rafaela "Rafi" Delgado (Anne Curtis), put the super in super bitch when she confronts her husband's mistress and puts her in her place, "Shut up. Bitch ka lang. Ako super bitch."

She also redefined how we saw flash floods when she told Rafi who discovered what her fiance Anton (Derek Ramsey) had been doing with her friend Samantha "Sam" Montinola (Andi Eigenmann) behind her back.

As she lifts her wine glass, we can't help but toast along with her.

4. Four Sisters and a Wedding

Why she's a scene-stealer: In a movie that starred Toni Gonzaga, Bea Alonzo, Shaina Magdayao, and Angel Locsin, four strong actresses with meaty roles who played sisters along with Enchong Dee as their brother, Coney Reyes as their mother, Grace managed to capture our attention. When the big secret of Teddie (Toni Gonzaga) is revealed, she tells Teddie, "Did you honestly think di kita maiintindihan?"

When Bobbie (Bea Alonzo) defends her actions and justifies why she is the way she is, Grace responds, "I'm sorry, anak, I didn't know you felt that way."

Now in a group hug, Grace tells her five children, "Kung may pagkukulang ako sa inyo, I'm sorry ha, I'm sorry. I'm not perfect. But I am your mother. And I will always love you, the best way I know how."

5. A Very Special Love, You Changed My Life, and It Takes a Man and a Woman

Why she's a scene-stealer: This hugely popular trilogy which cemented the Sarah Geronimo/John Lloyd Cruz love team as certified box-office hitmakers was complemented by memorable performances from its support cast.

Chief among them is the quiet yet powerful way Irma Adlawan played Baby Magtalas, mother to Sarah Geronimo's Laida Magtalas.

In A Very Special Love, Laida, busy with her morning routine in their shared bathroom, is interrupted by Baby who casually starts to do her own routine in the toilet.

In It Takes a Man and a Woman, after Laida and Miggy's love story has taken so many detours, Loida asks her mom Baby how she was able to forgive, referencing what happened between her and the dad in You Changed My Life.

Laida wants to know how her mom did it and Baby responds lovingly, "Kinaya ko kasi, mahal ko siya. Di ba may kasabihan, love is a choice."

Why she's a scene-stealer: As a comedienne, Ai-Ai delas Alas took on one of her most challenging yet fulfilling roles as the titular Ina. A play on words, the movie allowed Ai-Ai to shine in her role as a mother to her dozen children, from her three husbands who died an untimely death each time.

When she can't find Ten-Ten (Yuuki Kadooka), she starts shouting for him, but Cate (Serena Dalrymple) points out that Ten-Ten is most likely deaf. Ina then goes and says, "Bingi si Ten-Ten? (Mouthing), Ten-Ten, nasaan ka? Ten-Ten! Ten-Ten!"

Why she's a scene-stealer: One of the most beloved actresses of her generation, Vilma Santos as Shirley manages to tug at our heartstrings anew when she learns the meaning of moving on through the lives of her children. In particular, she learns to deal with the situation of her gay son, Mark Salvacion (Luis Manzano) and his lover, Noel Villanueva (John Lloyd Cruz), when she visits them in New York.

Why she's a scene-stealer: In the movie that defined how to make a blockbuster family drama that resonated with a wide audience, Vilma Santos shone as Josie, the mother who returns to her family after years of working abroad and missing so much of their lives, causing her eldest, Carla (Claudine Barretto) to grow up with deep-seated resentment against her.