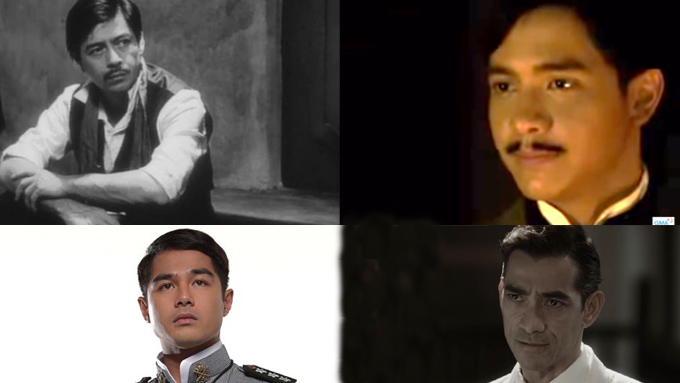 Over the years, many celebrities have portrayed national heroes in various TV shows and full-length movies.

Through these projects, Filipinos have come to appreciate the sacrifices made by these historical figures in the name of the motherland.

One of the latest period films puts a spotlight on former Philippine president Manuel L. Quezon.

The Filipino statesman, soldier, and politician served as president of the Commonwealth of the Philippines from 1935 to 1944.

Quezon’s Game pays tribute to president Manuel L. Quezon’s heroic rescue of over a thousand Jewish people seeking refuge from the Holocaust. This period film opened in cinemas on May 29, 2019.

The National Centennial Commission partnered with GMA Films during the 1990s to create a film on the national hero.

In 1996, GMA Films announced that historical film would have a whopping P70 million budget to depict the life of Rizal.

Eventually, the project got shelved.

“I gave up on the humongous epic Rizal to be produced by GMA Films that would have starred Aga Muhlach as Rizal.

“I didn’t care that Aga did not even remotely resemble Rizal.

"It was supposed to be a melodrama, and with the late, great actress Charito Solis playing Doña Lolay, Rizal’s mother, I thought I could make the viewer feel for the plight of this unfortunate, reluctant hero and maybe even weep—a historical tearjerker."

In 1998, GMA Films went on producing the Jose Rizal movie with Marilou Diaz-Abaya at the helm and Cesar Montano in the lead role. 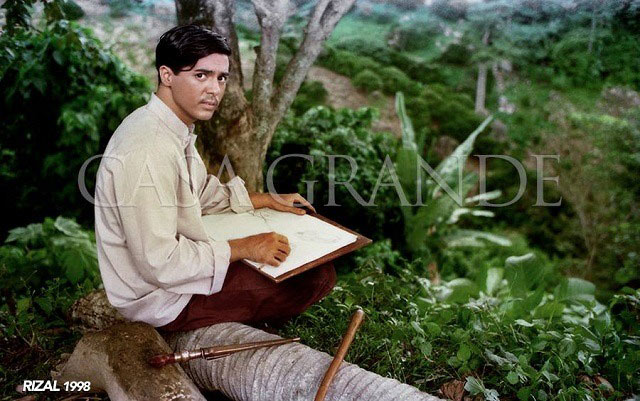 Here are Filipino actors who have given life to Philippine heroes both on the big and small screens:

In the historical drama, Quezon’s Game, which opened in cinemas on May 29, 2019, Raymond Bagatsing plays the titular role of President Manuel L. Quezon, whose heroic efforts helped more than a thousand Jews escape the Holocaust.

Inspired by true events, Quezon’s Game tells the epic story of heroism that began in 1938, when Manuel L. Quezon joined future U.S. president Dwight Eisenhower, and several other notable figures to rescue Jewish refugees from Germany and Austria. Faced with mounting obstacles—including Quezon’s battle with a relapse of tuberculosis—the group fought through and saved around 1,200 refugees.

It is said that in his final days, Quezon asked the question "Could I have done more?" as he recounted one of the least known, but most inspiring stories in Philippine history. 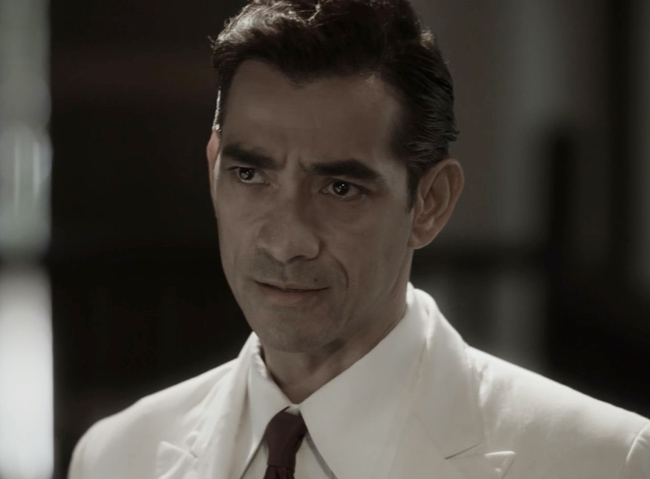 After the massive success of Heneral Luna, the producers created Goyo: Ang Batang Heneral (2018). Back then, the producers planned to release the third installment of director Jerrold Tarog's trilogy on the Philippine revolution. Ben Alves is supposed to reprise his role as president Quezon in the final installment. 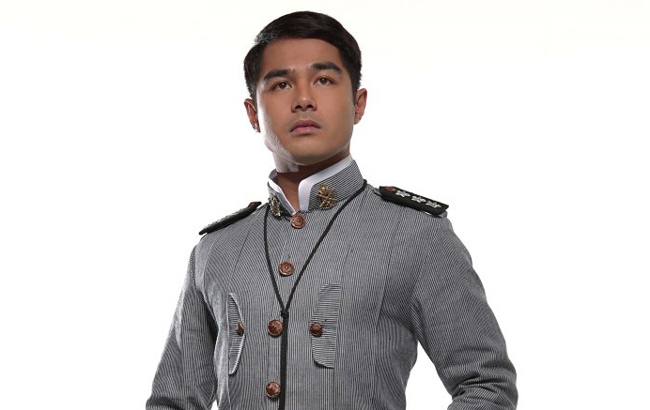 With his powerful and affecting performance, John Arcilla turned out to be the celluloid reincarnation of the brilliant but hot-headed revolutionary leader Antonio Luna in Heneral Luna.

Considered to be the highest grossing Filipino historical film, Heneral Luna earned a total of P256 million in the box office. 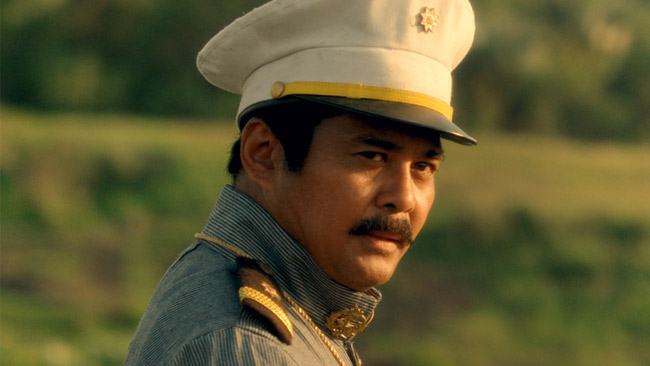 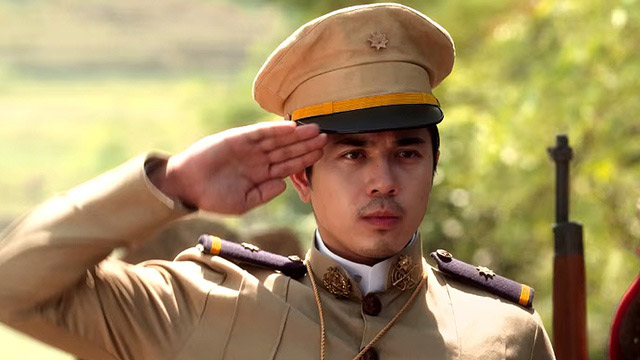 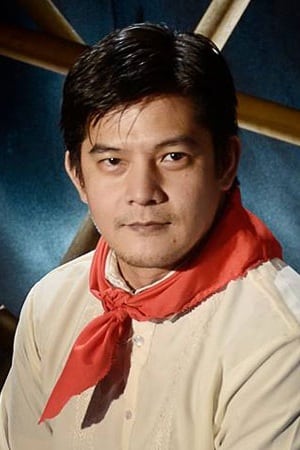 Jose Rizal figures prominently and frequently in historical productions. Here are Filipino actors who brought life to the National Hero:

One actor who’s had his fair share of playing Rizal and Rizal’s Noli Me Tangere lead character, Crisostomo Ibarra, is Joel Torre.

Most importantly, Joel has the necessary looks, emotions, and acting chops to flesh out a believable, compassionate, and memorable portrayal of The Great Malayan.

He played Ibarra in Eddie Romero’s TV adaptation of Noli Me Tangere (1992) and in Marilou Diaz-Abaya’s movie, Rizal (1998), in which he also took on the lead character in Noli’s sequel novel, El Filibusterismo. 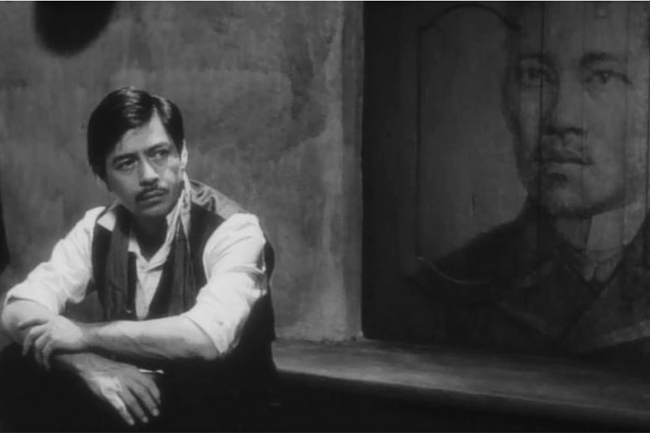 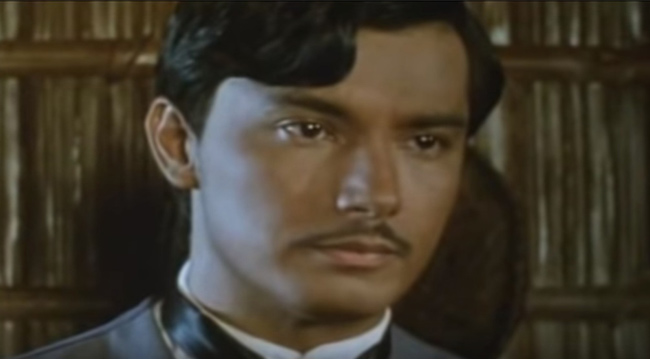 It took more than a decade before a substantial Rizal project was made again, this time as a TV series called Ilustrado.

Billed as a BayaniSerye, Ilustrado aired on GMA-7 from October 20 to November 14, 2014, and it starred Alden Richards as Jose Rizal.

According to the press release by Kapuso Network, “Ilustrado offers a more human take on the lives of Jose Rizal and other Filipino reformists here and abroad on the latter half of the 19th century.” 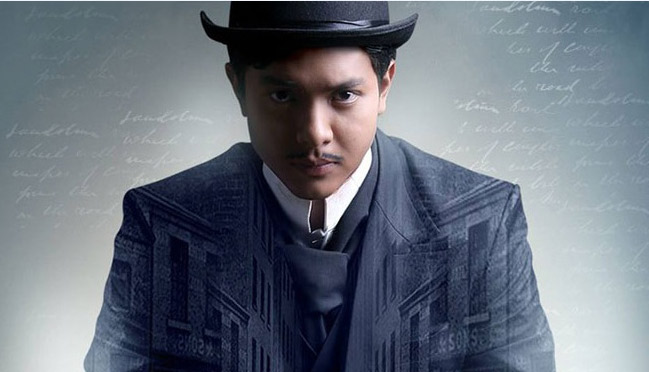 Next to Jose Rizal, the sought-after Philippine hero for historical productions is Andres Bonifacio.

Here are some Filipino actors who portrayed the Father of the Katipunan in Pinoy movies:

Julio Diaz played the Great Plebeian in Bayani (1992), a film by Raymond Red on the rise and fall of Katipunan and its Supremo,

A year later, Julio starred in another Red historical movie, Sakay, which gave light to the patriotism of Macario Sakay during the Philippine-American War

Other actors who became Bonifacio onscreen include Alfred Vargas in Supremo (2012) and Robin Padilla in Bonifacio: Ang Unang Pangulo (2014). 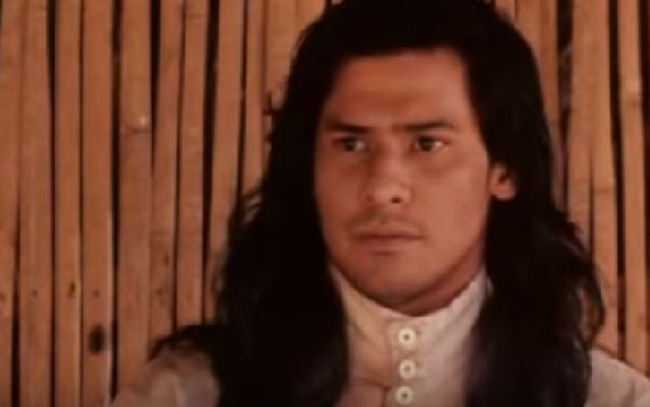 Alfred Vargas was the first choice of Direk Mario O'Hara for his Cinemalaya entry 2010 entry Ang paglilitis ni Andres Bonifacio. This version was based on court transcripts during the actual trial of Bonifacio before he was executed.

How did Alfred prepare for his role as the Supremo?

"I read books about Bonifacio, pati yung binigay sa akin ni Direk Mario O'Hara, at inaral ko. My main goal lang as an actor, gusto ko ma-communicate who Andres Bonifacio was. But then realized that it all began with love. 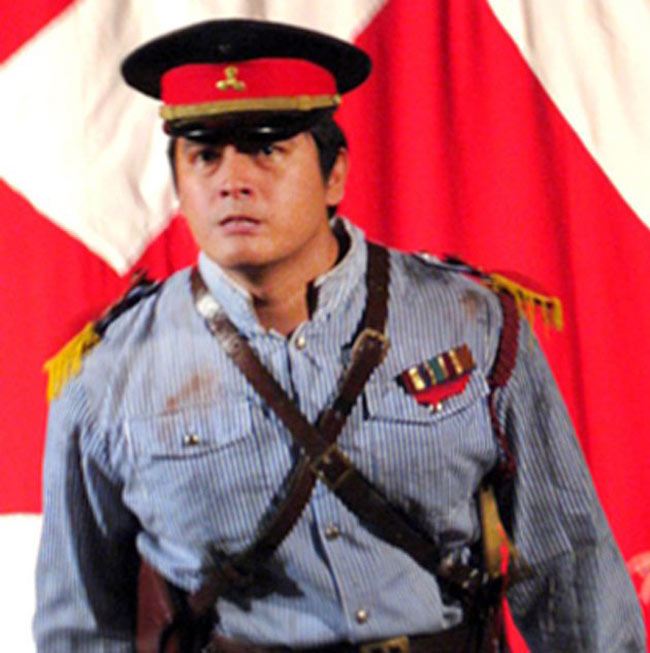 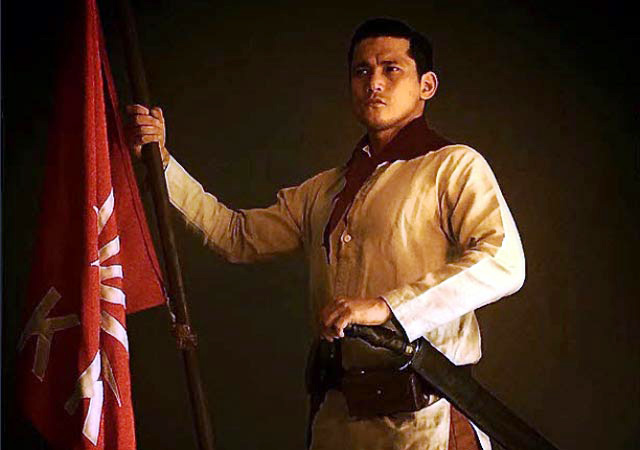