Heart Evangelista gets asked: Is she shooting scenes for China Rich Girlfriend? 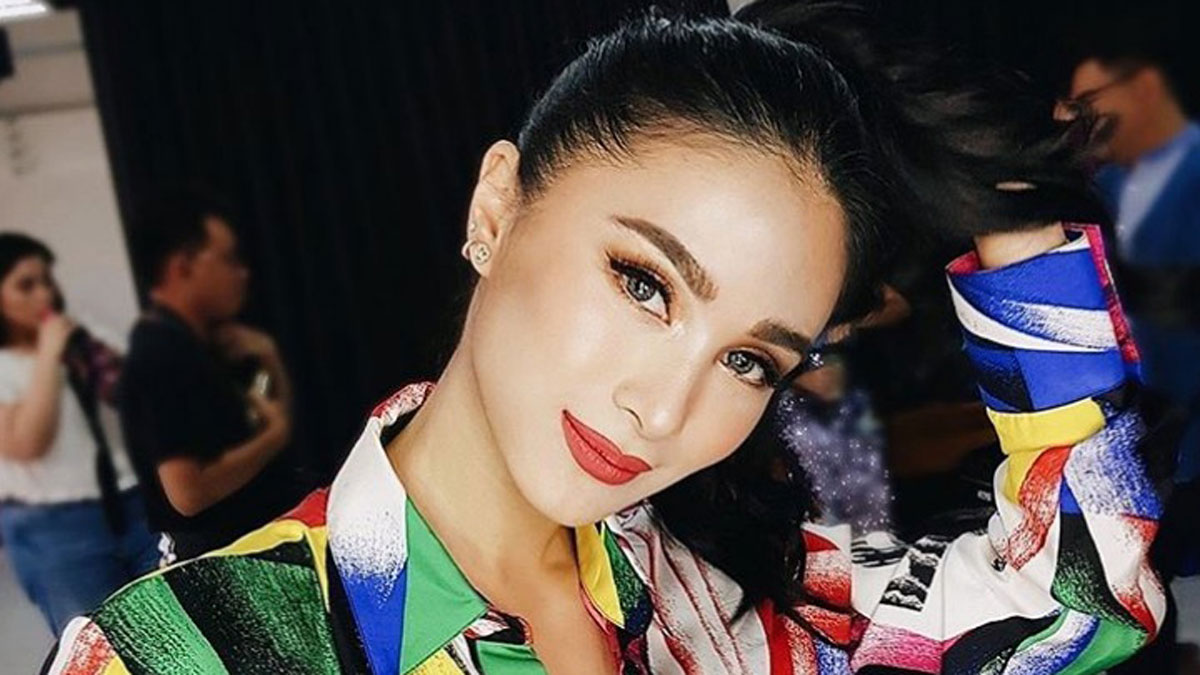 Heart Evangelista denied that she is in China to shoot China Rich Girlfriend, the sequel of Crazy Rich Asians.

Heart Evangelista denied that she is shooting scenes for the Hollywood movie China Rich Girlfriend.

Netizens speculated that she would be part of the sequel of the film Crazy Rich Asians because she is currently in China.

In her Instagram account, Heart recently posted a photo of a director's chair and wrote in the caption:

"Back in China I'm missing my family terribly, but I'm so thankful to be here. I feel way too lucky to be chasing my dreams here to have any complains."

Heart replied in the comments: "No."

It will be recalled that Heart admitted that she auditioned for the Hollywood film that featured Kris Aquino in a special role.

Crazy Rich Asians author Kevin Kwan told Heart that she almost got a part in the movie that was released in 2018.

The Filipina actress wrote in the caption:

"What an honor it is to work alongside such talented people like @armandassante.official ! Let’s do this!"

Armand Assante has appeared in movies such as Judge Dredd (1995) and American Gangster (2007).

In a previous interview, Heart disclosed that she is shooting an
international film in China.

She said in her interview with GMA News back then: 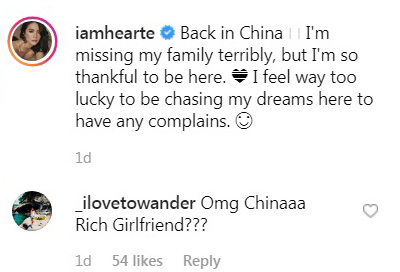