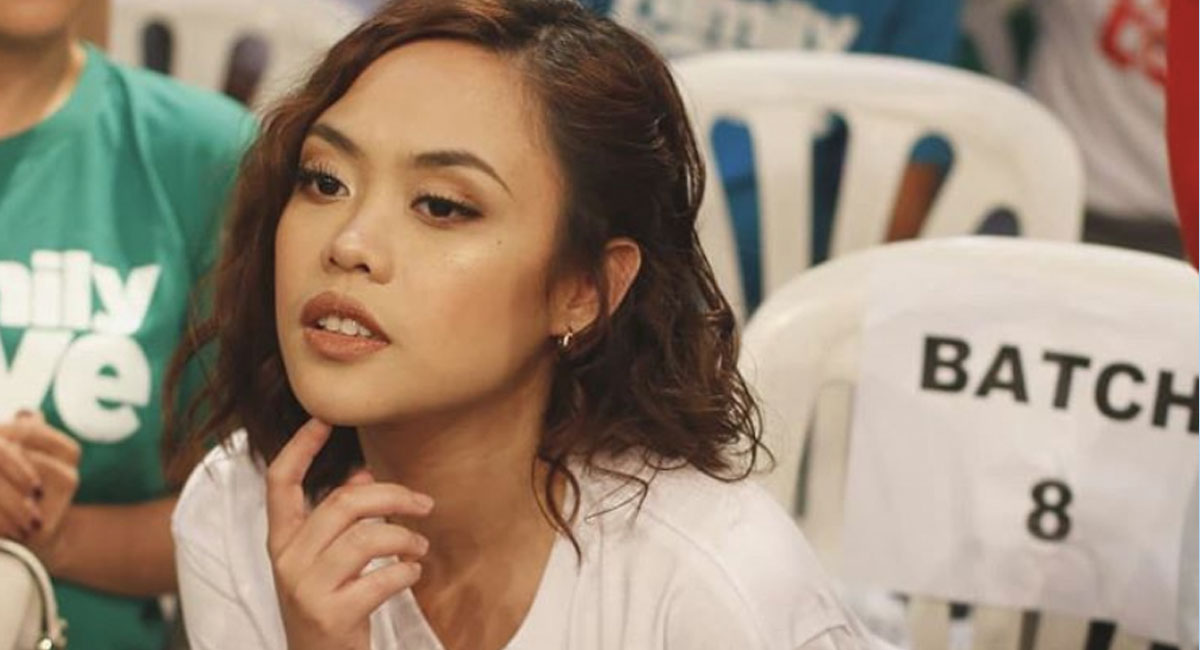 Kim Molina and Jerald Napoles will be the lead stars of the full-length movie adaptation of the book Jowable, which in turn, has been inspired by the viral video series created by writer and director Darryl Yap.

She expressed delight and excitement at the story conference held last June 7, at the headquarters of Viva Films, the production outfit bankrolling the movie.

The 27-year-old actress gained popularity by playing the female lead role of Aileen in the hit musical play, Rak of Aegis.

IS KIM IS JOWABLE IN REAL LIFE?

The word "jowable" takes root from the Filipino colloquial that combines the gay lingo term for significant other, "jowa," and the English word, “able,” to come up with this adjective for a person attractive enough to have a boyfriend or girlfriend.

A scene in the viral video series shows a woman angrily and bitterly asking God why she’s still single when she's jowable.

In real life, Kim need not have that conversation with God because she has a significant other in the person of her fellow actor, Jerald Napoles, likewise a breakthrough star from Rak of Aegis, as Aileen’s charming knight in shining armor, Tolits.

"Ngayong year na lang po kami nagsasabi sa salita," she explained, adding that she and her boyfriend have also recently started posting photos and videos from their out-of-town trips.

Kim recalled how their love story developed on the set of Rak of Aegis, which debuted at PETA Theater in January 2014, and has been restaged several times.

Its seventh season will be running from July to September.

On July 22, Kim said she and Jerald would mark their five years of "dating po yun," as they officially became a couple only early this year.

In those five years, Kim, who turns 28 on July 1, and Jerald, 36, have both successfully crossed over from theater to film and TV.

Kim has been regularly seen on ABS-CBN shows, the most recent of which are the daytime soap, Kadenang Ginto, and the primetime action-drama series, The General’s Daughter.

Jerald, on the other hand, is a mainstay in GMA-7’s Sunday PinaSaya, a musical-variety show, and Love You Two, a romantic-comedy drama series.

"Support-support lang" is how the couple deal with each other's flourishing career.

Jerald and Valeen starred in the rom-com The Write Moment, which debuted at the QCinema International Film Festival in 2017, and had a commercial run the following year.

Jerald was likewise supportive of Kim’s participation in Yassi Pressman's 2018 starrer, Ang Pambansang Third Wheel, in which Kim had what she called a “tag team, hindi love team” with actor Cholo Barretto.

"Every time we would do separate projects, we would just support each other," she said of her boyfriend.

Kim is especially proud of how Jerald supported her in the sexy millennial flick Momol Nights, which will debut soon on the iWant streaming app.

"When I first told him about it, he didn't even get mad," Kim said of Jerald. “He was very supportive of the acting choices that I could do. Ganoon lang."

Kim recalled that she and Jerald initially agreed on not working together outside of Rak of Aegis, but offers just kept coming their way.

To date, Kim and Jerald have worked together in the movies #WalangForever, Camp Sawi, and The Write Moment.

They will work anew in Jowable, which serves as Kim’s launching movie.

She plays the lead role of Elsa, who, at 30, never had a boyfriend nor a suitor.

Elsa has become bitter about her life, thus she turns to drinking and pushing away the people who love her.

One night, she meets an unnamed character, and what she does with him will change her life for the better.

The movie's story calls for their characters to have an intimate scene, and it doesn't pose any problem to the couple.

"Ano naman po, professional," she said on how they’ll approach their roles.

Jowable will start filming on June 16, and is set to be released later this year.