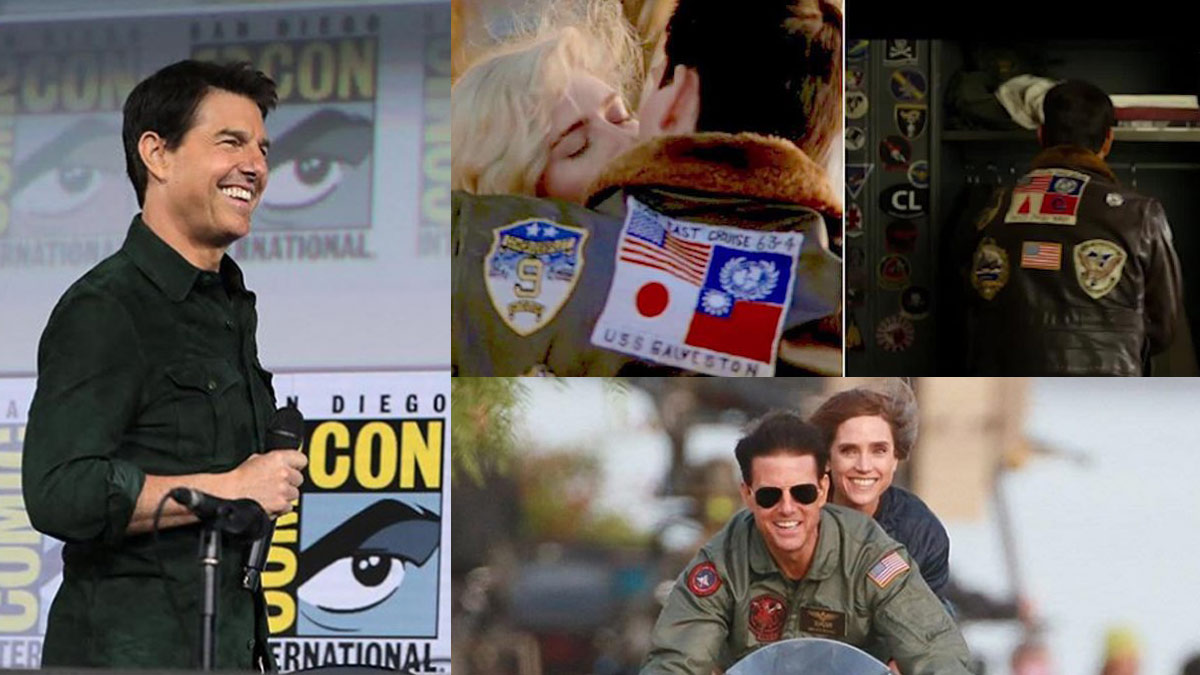 Tom Cruise’s jacket is stripped of the Taiwanese and Japanese patches in the Top Gun: Maverick trailer.

Eagle-eyed viewers noticed one significant change in the costume worn by Tom Cruise’s character in the Top Gun sequel.

The trailer of Top Gun: Maverick showed that his iconic leather bomber jacket no longer bears the Taiwanese and Japanese flags. Instead, the patches were slightly tweaked with elements of the same color scheme.

It is believed that the “tweaking” was meant to please China's ruling Communist Party as pointed out in a tweet made by Mark MacKinnon, senior international correspondent for The Globe and Mail.

Mark wrote: "There’s a new Top Gun movie coming out. And Maverick is wearing the same leather jacket - only this time it’s Communist Party of China-approved, so the Japanese and Taiwanese flag patches are gone (screenshot on right is from the new trailer)..."

In recent years, Chinese and Japanese relations have become strained over island disputes in the East China Sea.

Top Gun: Maverick, the sequel of the iconic 1986 Tom Cruise movie, is produced by Paramount.

Chinese tech giant Tencent is one of Paramount's partners in financing the movie. Tencent is co-marketing Top Gun: Maverick in China, considered to be one of the most lucrative markets for Hollywood movies.

The original patch in Maverick’s jacket is from his father’s Vietnam tour.

The new patch appears to say “85-86” and "Indian Ocean Cruise,” which was where the dogfights in the original Top Gun occurred.

In his new movie, Tom Cruise's Maverick is a badass aviator who holds the record for being the “only man to shoot down three enemy planes in the last forty years.” He is now tapped to train a new generation of pilots. The original film helped catapult Cruise to international stardom.

Cruise, who prefers to do his own stunts, made a surprise appearance at Comic Con in San Diego last July 18. During its trailer debut, Cruise pointed out, “Thirty-four years ago, I made a movie…For me, Top Gun is about competition, it is about family, it is about sacrifice, it’s about heroism, and it’s about aviation.”

Joseph Kosinski directs Top Gun: Maverick, which is scheduled to be released by June 2020.