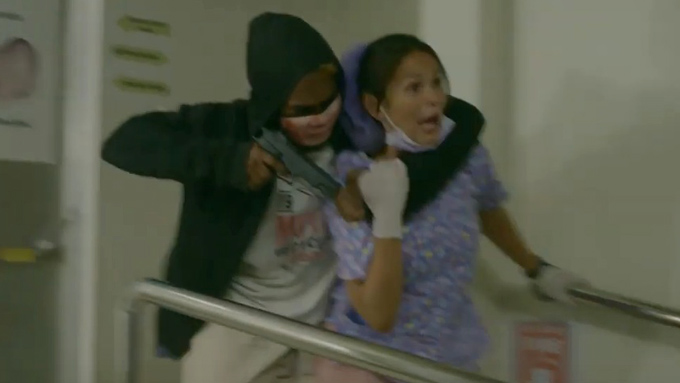 Iza Calzado is cast as a midwife who undergoes a traumatic experience in the Cinemalaya 2019 entry Pandanggo sa Hukay.

In the crime suspense drama Pandanggo sa Hukay, Iza Calzado plays Elena, a 30-year-old single mom who works as a midwife in a small provincial town. This Cinemalaya 2019 entry, directed by Sheryl Rose Andes, is based on a Palanca award-winning screenplay written by Andrian Legaspi.

One look at Iza Calzado and you know she’s one cultured and classy dame. She looks and talks the part—she is effortlessly beautiful, stylish, and eloquent. But she sheds all of that for her role as Elena, morphing into a simple provincial lass with an ambition, who is determined to provide a bright future for her son. Iza does retain one aspect of her real-life persona: she is charismatic as ever, someone who instantly lights up any room she steps into.

Knowing that the film is a suspense drama, you’d expect the atmosphere to be foreboding right from the start, but what you see—at least at the beginning—is exactly the opposite.

The first few scenes show Elena in an old, dilapidated house, but there are splashes of color here and there and these refreshing hues, along with Elena’s pastel-colored scrub suit and cheerful disposition, satisfy your senses, drawing you in.

Pandanggo sa Hukay is a close look into Elena’s life. It shows us in detail what midwives do, day in and day out, with snippets of everything from the mundane to the essential. She is an inspiration to the people around her, helpful and smiling most of the time even while working her ass off and going beyond the call of duty. Through the film we get to know Elena.

We share funny moments with her colleagues, video calls with her only son, and even become privy to her private moments. It feels amazing to get that close; it’s very entertaining. We even get to discover why Elena is fond of the traditional Pinoy dance pandanggo sa ilaw. So enamored is she with the dance that she believes performing it will help her win the cash prize in a contest.

Elena is hell-bent on finding employment overseas. She believes it will be the key to a better life for her and her son. She eagerly prepares for an interview and is grateful for the support from colleagues and even her current employer. Everything seems to be running smoothly on the day before her interview and then boom!—she gets kidnapped by the members of a notorious syndicate.

I can’t even say it’s a bad thing, but I’d have to share that the shift in the overall mood is so abrupt you’ll find yourself cussing under your breath. The kidnapping happens oh so suddenly in the middle of a scene you would not expect it from, which is actually a good thing because it takes the audience by surprise, considering the scenes prior to it already foreshadow that something horrible is about to happen. It’s quite predictable in that sense, but surprising in other ways.

There are also scenes that could have benefited from an extra helping of emotive build-up, given the situations the characters were in. One such example is the part where Elena reveals to a syndicate member nicknamed Tisay that she lied big time to the latter. Tisay’s reaction lacked emotion and frankly, reason. And although it may have been an attempt at restoring our faith in humanity, the rise and fall of emotion was again, abrupt.

Elena herself is a reflection of every struggling Filipino who aspires for a better life. The film showcases the bleak realities we face every day, as well as how we, as a people, deflect the negativity and take on the challenges that come our way.

Pandanggo sa Hukay isn’t just the story of Elena or of midwives in the Philippines. In many ways, it’s as much the story of you and me, too.

Iza makes a case for “less is more” through her acting. Even though her character Elena had a traumatic experience, she is never overly dramatic. At some point you wonder why the hell does Elena still seem so calm and collected given her dangerous situation? You ask what’s taking her so long to break down, but then you realize she hasn’t because she’s a smart girl who’s silently plotting her escape from a pack of goons. Iza remains true to her character as Elena all throughout, never impulsive and always attentive to the call of reason.

And speaking of goons, the ones you’ll see in this film will make you fear for your life and consider staying indoors, in the safety of your home, for a while. They are merciless, menacing, and feel no remorse over the crimes they have committed. They have no qualms about hurting or killing anyone, and are only concerned with earning easy money and getting away with it.

Iza Calzado may be the shining star in this film, but the blazing performances from her supporting cast deliver the most impact. The physical likeness of Acey Aguilar, Mercedes Cabral, and Ybes Badiong no longer register as actors. For the time being, they shall be labeled as ruthless criminals no person in their right mind would want to run into.

And if I do run into them, I would immediately turn away and run in the opposite direction. 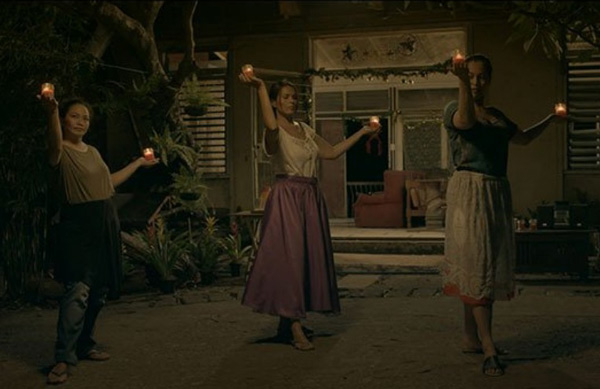