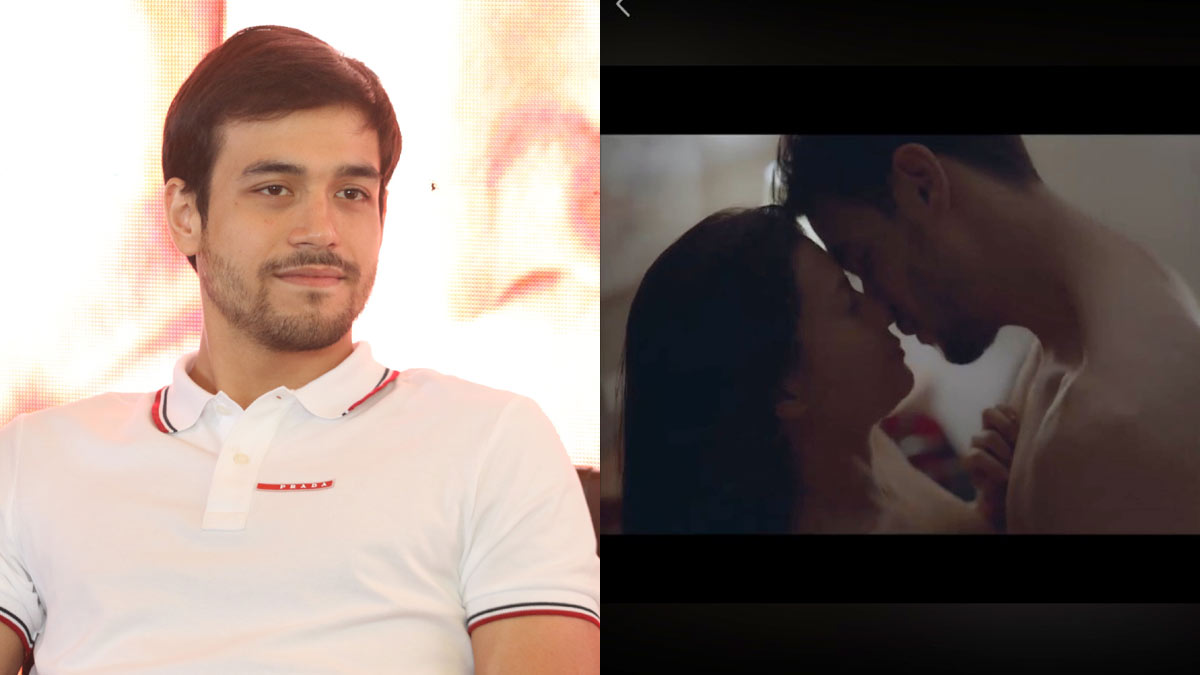 Kit Thompson shows boldness in his choice of roles in his recent onscreen projects.

The 22-year-old Pinoy Big Brother: Teen Edition 4 alumnus plays a lawyer and an agent of the National Bureau of Investigation (NBI) in the primetime drama series, Sino ang May Sala? Mea Culpa.

His character in the Cinemalaya 2019 entry, Belle Douleur, falls madly in love with a much older woman.

In all three productions, Kit has love scenes with his co-stars, respectively, Ivana Alawi, Kim Molina, and Mylene Dizon.

This is how the good-looking Filipino-New Zealander actor describes each set of love scenes:

“Comedic” in Momol Nights, which can be viewed on the streaming platform, iWant.

“Intimate” in Belle Duoleur, an entry to the ongoing 15th edition of the annual Cinemalaya Independent Film Festival that will have a nationwide theatrical run starting August 14.

His intimate love scenes with Mylene, who’s 23 years his senior, proved to be the hardest to pull off and had the most affecting effect onscreen.

But he’s quick to point out that no boundaries were crossed while filming.

“Mahirap talaga… I have to get into the character, but at the same time, of course, hindi ko mage-get rid yung voice na baka may nanonood.”

Kit’s character, Josh, runs an antique shop that he inherited from his grandfather and father, and while looking for wares to sell, he meets Mylene’s character, Elizabeth, nicknamed Liz.

The movie is helmed by debuting director Joji Villanueva Alonso, who’s called Attorney Joji in and out of showbiz because she’s a lawyer by profession who also produces movies.

“May progression ang love scenes. The first, mas lust. Yung second, which is a long take of five minutes, is the passage of time.

“The last one is a representation of Elizabeth’s freedom. So walang damit.”

But precautions were made.

The first-time director also noted how willing her actor was to go farther than having a butt exposure in the movie.

She mentioned a particular scene involving the lead characters sensually dancing to the tune of the French love song, “La Vie En Rose.”

“Pero ang sabi ko sa kanya, ‘Huwag. i-save mo ’yan for a bigger film 10 years from now.’ How many years basta not for this film.

For his part, Kit said he never had a problem doing love scenes or showing skin onscreen.

He’s open to doing more, even with a same-sex partner, but “depende sa material.”

He revealed that he fell in love reading the script of Belle Douleur, a French phrase that roughly translates to “beautiful pain,” and is inspired by a true story of a Frenchwoman.

At that time, he was in the U.S. taking acting lessons in the cities of New York and Los Angeles, and he learned from his manager, Erickson Raymundo of Cornerstone Entertainment, about the project.

“The reason why I’m actually here right now is because of this movie,” said Kit.

“I don’t think I would’ve came back here if Attorney hadn’t offered this movie to me. I just like the script so much. I feel like it’s a good break, three years and I started to work again.”