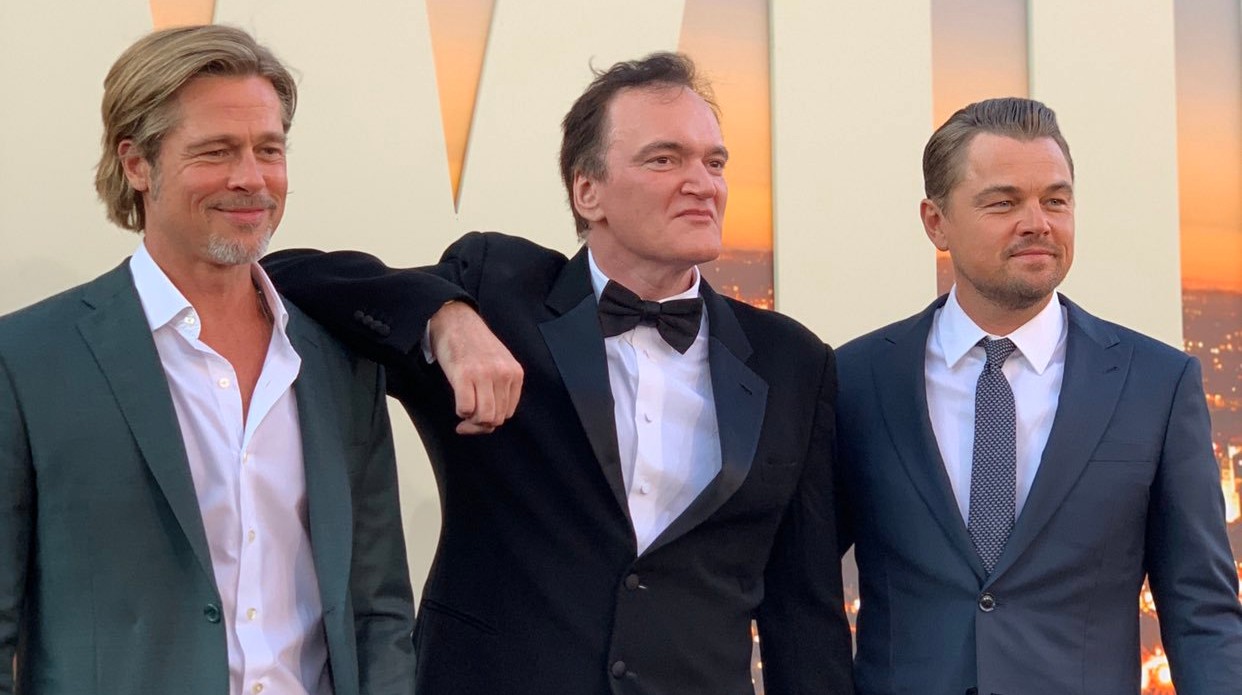 Quentin Tarantino (middle) directs Brad Pitt (left) and Leonardo DiCaprio in the movie Once Upon a Time in Hollywood.

Hollywood director Quentin Tarantino mentioned the Philippines while talking about his movie Once Upon a Time in Hollywood.

Tarantino brought together Leonardo DiCaprio and Brad Pitt in this movie that takes place in 1969 in Los Angeles.

Leonardo DiCaprio portrays a struggling actor named Rick Dalton in this film that opens in Philippine cinemas on August 28, 2019.

At a Moscow press conference held last week, Tarantino claimed that, “Bruce Lee was kind of an arrogant guy. The way he was talking. I didn’t just make a lot of that up. I heard him say things like that to that effect.

“If you ask me the question, ‘Who would win in a fight, Bruce Lee or Dracula? It’s the same question. It’s a fictional character.

The American filmmaker added, “The reality of the situation is this: Cliff is a Green Beret. He has killed many men in World War II in hand-to-hand combat.

"What Bruce Lee is talking about in the whole thing is that he admires warriors. He admires combat, and boxing is a closer approximation of combat as a sport.

"Cliff is not part of the sport that is like combat, he is a warrior. He is a combat person.”

“If Cliff were fighting Bruce Lee in a martial arts tournament in Madison Square Garden, Bruce would kill him.

"But if Cliff and Bruce were fighting in the jungles of the Philippines in a hand-to-hand combat fight, Cliff would kill him.”

In 2007, Tarantino visited the Philippines to receive his Lifetime Achievement Award at the Cinemanila International Film Festival that year.

She criticized the director and said that her father‘s legacy was “'flushed down the toilet.'"

He insisted, "If people are saying, ‘Well, he never said he could beat up Muhammad Ali.’ Well, yeah, he did. Alright? Not only did he say that, but his wife, Linda Lee, said that in her...the first biography I ever read was Linda Lee’s Bruce Lee: The Man Only I Knew, and she absolutely said it.”

In Once Upon a Time in Hollywood, Margot Robbie plays a pregnant Hollywood actress named Sharon Tate.

The movie also stars Luke Perry, who passed away on March 4, 2019. This was the last role done by the late Riverdale actor.

Tarantino is best known for directing the action film Kill Bill and cult classics such as Pulp Fiction and Inglourious Basterds.