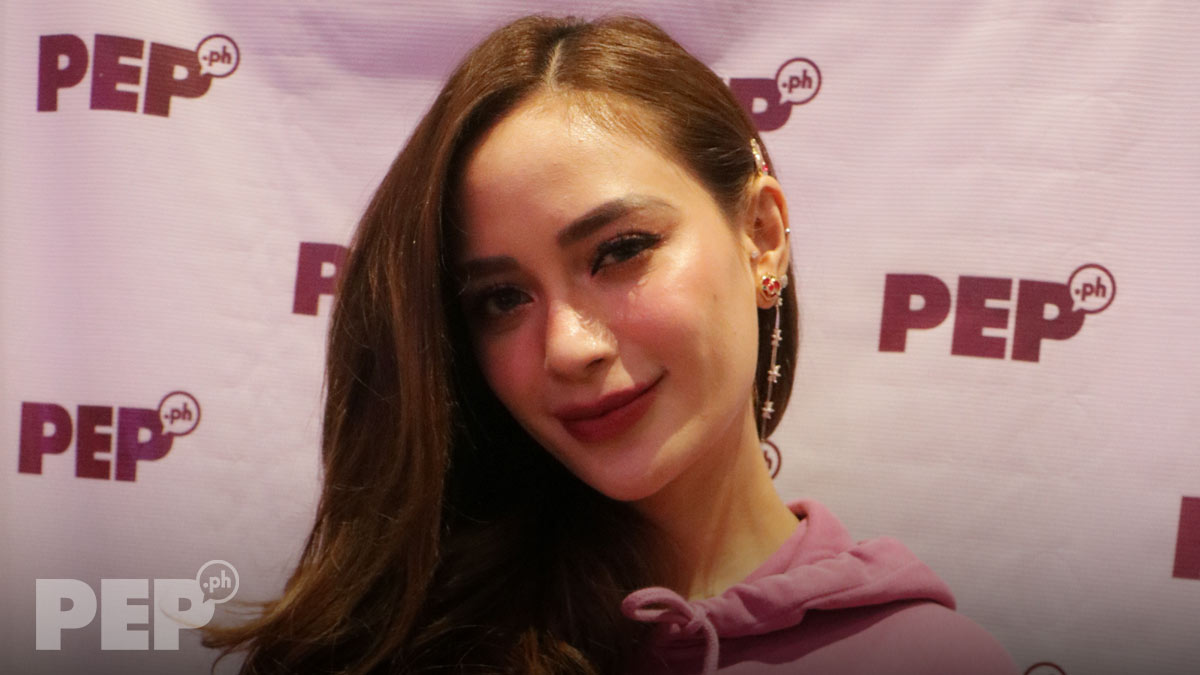 Arci Munoz, the lead actress of Open, admits, “I can’t imagine myself in a serious relationship na having to see other people."
PHOTO/S: Louise Danielle Talabis

Arci Munoz was mending a broken heart while working on her new upcoming movie, Open, which is an entry to the 2019 edition of Pista ng Pelikulang Pilipino (PPP).

The actress recalled to PEP.ph during the promotional event of PPP (called Grand Fancon) held last August 31 at the SMX Convention Center, that the movie took a total of one year to complete.

Halfway through filmmaking, which she described as a “really long journey,” she broke up with her longtime boyfriend Anthony Ng.

Arci earlier admitted during the movie’s August 30 presscon that she parted ways with Anthony “a few months pa lang” for “shallow” reasons that she didn’t elaborate on.

At the time of the couple’s breakup, the Kapamilya star was already immersed in her role as Rome, whose 14-year relationship with her live-in partner Ethan (played by JC Santos) hits a roadblock.

Though hesitant, Rome eventually agrees with Ethan to stay together but be open to dating other people.

Being busy and shooting the movie Open helped Arci deal with her own heartbreak.

The female lead in the Andoy Ranoy-directed movie talked further about the theme tackled in this joint venture by Black Sheep Productions and T-Rex Entertainment.

“Open relationship is, for us, it means you’re committed to your partner, but you’re allowed to see another person,” explained the 30-year-old actress.

Personally, Arci said, she doesn’t go for such a setup.

“I can’t imagine myself in a serious relationship na having to see other people,” she pointed out. “So, it’s almost the same with my role po in the movie. She’s not really into open relationships.”

Her stand on the matter has remained the same even after making the movie.

She hopes that people will learn a thing or two after watching Open.

“Dito, matututunan nila na if you found the right person, don’t let them go because our relationship—our roles—they were in a relationship for 14 years.

“It really depends, e. May mga tao talaga na effective sa kanila ’yon. An open relationship will work for them.

Now that Arci is no longer with Anthony, a Chinoy businessman, we asked her what would happen to Ceviche, a Peruvian-inspired restaurant that they co-own.

Open is one of the entries of the 2019 Pista ng Pelikulang Pilipino. No Hollywood or foreign films will be screened in cinemas nationwide from September 13 to 19 to make way for the PPP 2019 entries.