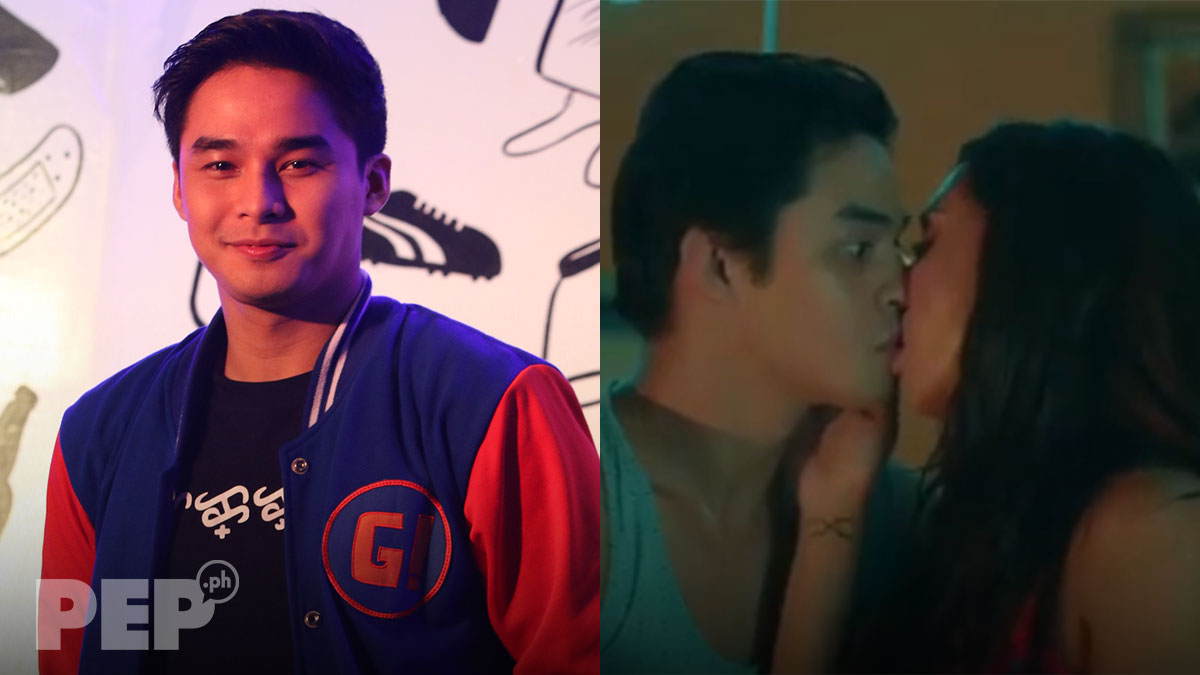 McCoy de Leon, 24, will be seen in a daring scene with Roxanne Barcelo, 34, in the upcoming movie, G!

G! is an official entry to the Pista ng Pelikulang Pilipino 3, and will be shown in cinemas nationwide from September 13 to 19, 2019.

In the story, McCoy plays a millennial boy who asks his friends to complete his bucket list, after finding out that he is dying of cancer.

His friends are played by Jameson Blake, Mark Oblea, and Paulo Angeles.

One activity included in his bucket list is to lose his virginity before he dies.

He goes to Subic where he meets the character of Roxanne, who is much older than him. They end up being intimate with each other.

During the September 3 press conference for the movie held at Max's restaurant in Quezon City, McCoy said that he can relate to his character in this aspect.

When asked if he is still a virgin, McCoy answered "no."

PEP.ph (Philippine Entertainment Portal) asked McCoy how he did his daring scenes with Roxanne.

According to the ABS-CBN actor, he felt challenged doing a sex scene with someone who is a bit older than him.

How did he do the bed scene with Roxanne?

According to McCoy, what was shown in the teaser was only a preview of the naughty scenes he did for the movie.

G! is one of the entries of the 2019 Pista ng Pelikulang Pilipino. No Hollywood or foreign films will be screened in cinemas nationwide from September 13 to 19 to make way for the PPP 2019 entries.