REVIEW: G is a barkada roadtrip movie with unexpected twists 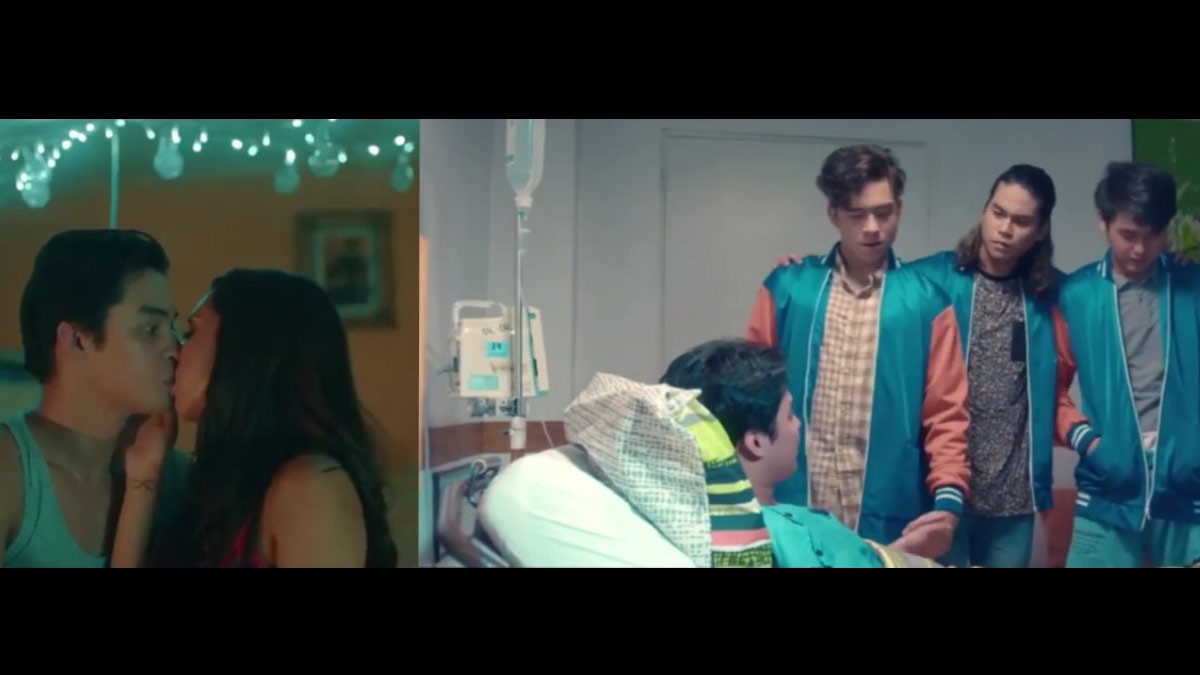 McCoy de Leon (left) develops a bond with the character of Roxanne Barcelo in the PPP 2019 entry G! McCoy's character is diagnosed with cancer and he asks his friends played by (L-R) Jameson Blake, Mark Oblea, and Paulo Angeles to accompany him on a road trip as he crosses out his bucketlist.

G! Is not your typical youth-oriented film

McCoy de Leon, Jameson Blake, Mark Oblea, and Paulo Angeles topbill this movie, which is one of the entries of the Pista ng Pelikulang Pilipino 2019.

On the surface, it may appear as your typical yet entertaining teen movie--but could there be more to it? Let's see.

The coming-of-age teen movie formula is tried-and-tested, but one that doesn’t always work. Because aside from a winning story, endearing characters, and a premise that’s compelling enough for your audience to pay attention, the whole package must feel authentic, so the younger audience can relate and the older ones, wax nostalgic.

It isn’t hard to believe that McCoy de Leon, Jameson Blake, Mark Oblea, and Paulo Angeles could very well be the varsity players of a football team. And they make quite an endearing bunch—on screen, and as campus crushes.

Shit hits the fan when it is discovered that the team captain, Sam, played by McCoy, is terminally ill, and this prompts the series of events that will drastically change the lives of the main characters.

There’s enough rapport and camaraderie—feigned or otherwise—among the four actors to make viewers believe that they’re a legitimate barkada. Their happy-go-lucky attitude and shared moments will remind older audiences of their pre-adulting years and reminisce fragments of the past: old friendships, the times you secretly defied your parents, your first love, and your first heartbreak.

Sam embodies the popular boy with a picture-perfect life gone wrong. He comes up with a bucketlist that changes not only his life but his high school buddies as well. Dom is the kid from the other side of the fence who can't take any chances. Wacks (Mark Oblea) and Bryan (Paulo Angeles) are naturals at delivering comic relief, balancing out the drama.

On one hand, the film captures high school life the way it should be, especially when you come from a place of privilege—fun, easygoing, and memorable; on the other, it’s a jolting reminder that tragedy can strike anyone at any given time.

The boys did well portraying best buds, but there’s room to grow in terms of characterization.

Dom, played by Jameson Blake, isn’t well-off like his friends. He goes to school on full scholarship. He lives with his mother (Rosanna Roces) and half-siblings in a modest, multi-racial home; Dom’s American father abandoned them, and it’s safe to assume that the fathers of his siblings—Asian, black, and whathaveyou’s—left his mother, too. His mother is relying on him to succeed and build a better life for their family.

While it’s possible that a half-American boy could have such a humble background, it’s a bit hard to believe that a kid who grew up in a Filipino household with a Pinoy-sounding mom would have difficulty speaking Filipino; unless he grew up with his American dad, which isn’t implied in the film. It’s obvious that Jameson still finds it challenging to speaking full Tagalog sentences. There's still a twang—a cono, Amboy accent—that refuses to let go of Dom's tongue, whilst his international school-bred, sheltered buddies all sound like they can speak Tagalog straight up in a native accent.

Not much detail was given regarding Sam's sickness. While the film might not be a documentary, it could have been an opportunity to properly educate viewers. Leaving out details raises questions, and even suspicion, on whether a patient at that stage of his illness could withstand the adventures he and his friends went through, given his condition.

While watching the barkada go on their roadtrip, you might, at one point you might get bored and ask yourself, “when will all this end?” The film is dragging in some parts, but thankfully, it redeems itself, leaving the audience surprised.

Just when you’re getting bored, bewildering things begin to happen. The plot does thicken and gives the film the substance it needs. Unexpected twists might might make your jaw drop a couple of times.

There is more to G! that what lies on the surface, and while it’s not perfect in terms of storytelling, the scriptwriter and the director deserve tons of credit for pulling off something that deviates from common, run-of-the-mill, youth-oriented tropes. It’s not your typical teen movie, after all. 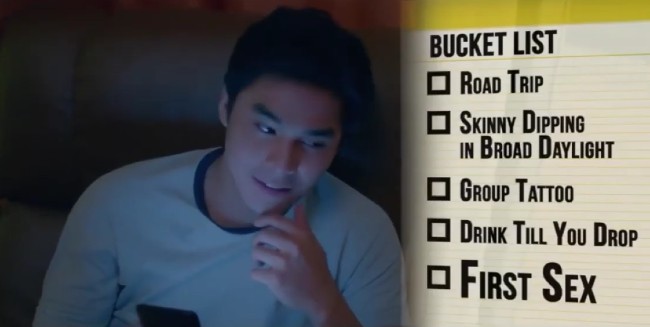