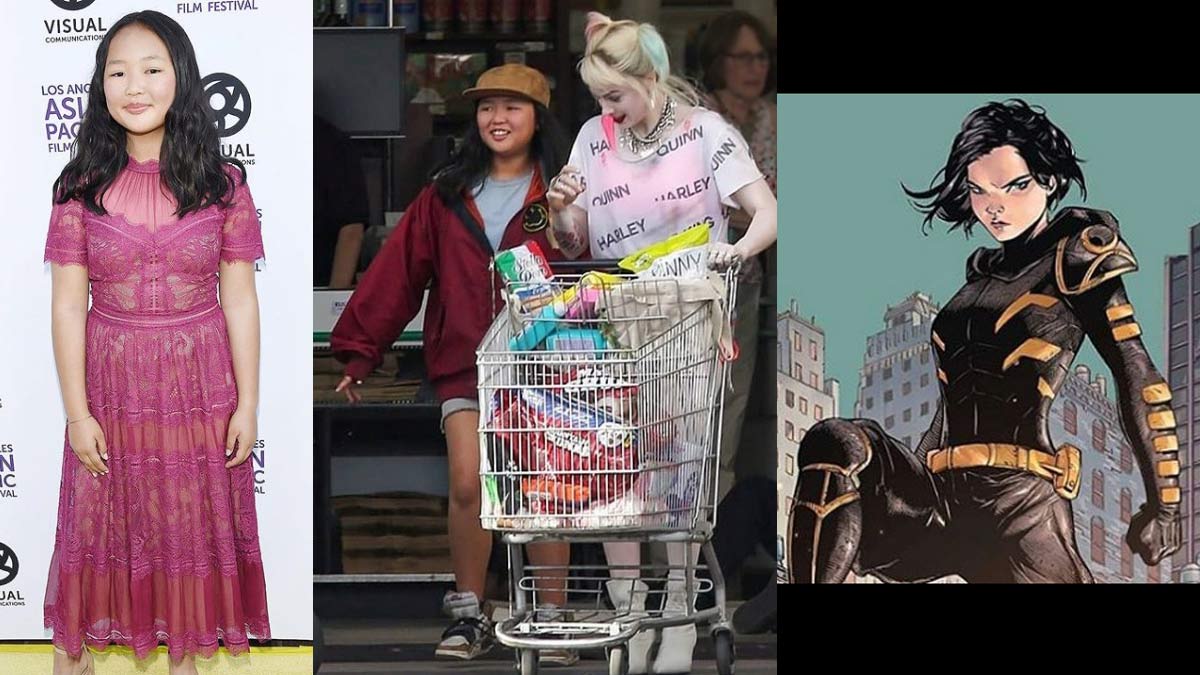 Fil-Korean actress Ella Jay Basco will play Batgirl in DC film Birds of Prey. She was chosen by The Hollywood Reporter to be part of 2019's Top 30 Stars Under Age 18.

Filipino-Korean actress Ella Jay Basco makes it to the list of emerging movers and shakers in Hollywood after bagging her first movie role.

Next year, Ella will be seen as Cassandra Cain aka Batgirl in the upcoming superhero flick Birds of Prey (and the Fantabulous Emancipation of One Harley Quinn).

The talented 12-year-old previously appeared in the TV series Veep and Grey’s Anatomy before being cast in the movie based on the comic books by DC Comics and starring Margot Robbie.

Margot reprises the Harley Quinn role that she portrayed in the 2016 blockbuster, Suicide Squad.

Also in the list are JD McCrary and Shahadi Wright Joseph, who play the young Simba and Nala, respectively, in the live action version of the animated film The Lion King, as well as Jaeden Martell, Jack Dylan Grazer, and Sophia Lillis of the horror movie It and its sequel, It: Chapter Two.

Ella Jay revealed in the The Hollywood Reporter article that the movie that made her want to act is the 1985 adventure-comedy movie The Goonies. She also pointed out that the movie she’d love to star in is “a remake of The Breakfast Club,” referring to the coming-of-age film likewise released in 1985.

She also said that she’s been most starstruck by Spiderman star Tom Holland, and that she’s dying to work with Sandra Oh and Awkwafina, who, like Ella Jay, have Korean ancestry.

The young actress, who’s also a musician and songwriter, further said that the favorite things she does in her trailer are “play my ukulele and sing songs.”

Ella recalled how she spent her first paycheck: “I put it into my college fund.”

The Hollywood Reporter feature includes a sidebar on former child actor Dante Basco, who happens to be Ella Jay’s uncle.

Dante was 16 when he played Rufio, the leader of the Lost Boys in the 1991 Steven Spielberg-directed movie Hook, with the late actor Robin Williams in the lead.

The Filipino-American actor was recently in the country for the Manila shoot of his directorial debut, The Fabulous Filipino Brothers, acting opposite Solenn Heussaff.

Dante’s brother, Derek, who’s the father of Ella Jay, is in the cast of The Fabulous Filipino Brothers, which is also shot in the U.S.

Ella is the second of four children of Derek and his wife Emily Cho, a Korean-American.

ELLA JAY AS BATGIRL AND THE BIRDS OF PREY MOVIE

In Birds of Prey, which is the eight film in the DC Extended Universe, Ella’s Cassandra Cain/Batgirl character falls into the hands of Gotham City’s most savage crime lord, Black Mask (Ewan McGregor).

In the comic books, Cassandra is just one of the few female Gotham City denizens who has taken on the role of Batgirl.

She’s described as a young girl who has the power to read people through body language, much like understanding one another through speech.

Having been raised as a deadly assassin has left her scarred but strong.

She turns that aspect of herself into a strength when she joined the extended Bat-family in fighting crime, her area being outside Gotham, working alongside Oracle and the other Birds of Prey.

Ella talked about being cast in Birds of Prey in a recent feature in the digital publication, abookof.us.

“The audition process was a month long and I had to go in about 5 times,” she recalled. “I watched a bunch of movies, practiced my martial arts, and even read some comic books about Cassandra Cain to prepare.

“When I got the role, my mom picked me up from school right away and told me in the car with my agent on the phone.

“I was immediately in shock and couldn’t believe I booked it! I worked really hard on this role and got emotional because I wanted this part so bad!

“I mean I totally cried. I knew from that moment on, my life would change forever.”

She added that she looks up to actresses Natalie Portman, Jodie Foster, “and most importantly Sandra Oh.”

In preparing for her role, she used as inspiration the onscreen performances of Natalie in The Professional (19914) and Jodi in Taxi Driver (1976).

She also praised her stunt double Marissa Labog, a Filipina whom she described as one of the best in the industry, for helping her shape her character.

“Marissa always made sure that I was safe and I really appreciate all her hard work,” she said. “The stunt world amazes me! Seeing people flip or kick with ease is not something I see everyday.”

What she considered her most memorable experience on the Birds of Prey set was the time she had to do a lot of improv acting with her costars Margot, Jurnee, Rosie, and Mary.

The youngest cast member recounted that they were “laughing, making jokes and having a great time” following the orders of the movie’s director, Cathy Yan, “to do a bunch of silly things that made us smile.”

Ella described the movie’s lead star, Margot Robbie, as a “phenomenal mentor and leader” who is also “the ultimate professional and takes charge like a boss.”

“We would joke around set, rap to Cardi B, and make up silly hand games,” she said. “Margot made work exciting and fun. She was super collaborative.

“When we rehearsed, she always made sure I was okay and asked me if I wanted to try something different. It was definitely intimidating working alongside an A-list actor, but at the same time I was freaking out just meeting Margot.”

The debuting film actress is likewise awed by her other female castmates when seeing them in their superhero costumes and kicking butt.

“Little girls should look up to strong women and see that they can be a superhero too,” she said. “I’m so grateful and happy to be a part of this movement.”

Mary Elizabeth Winstead is Huntress, who is considered as one of Gotham’s most brutal heroes and famous for wielding the crossbow as her signature weapon.

Jurnee Smollett-Bell’s Black Canary is known as a formidable martial artist who recently found fame in the comics as a rock star and is a singer in the movie adaptation.

Growing up, Roman Sionis suffered tragedies that his wealthy and self-absorbed parents covered up using their money.

He was also ignored and neglected, thus making him a broken and emotionally unstable adult. When his parents died, he took over the family business, and eventually ruined it.

In shame, he sought refuge in the cemetery where his parents were buried. Suddenly, there was lightning, and he was hit—but survived.

He took it as a sign for a rebirth, put on a black mask, and became a crime lord.