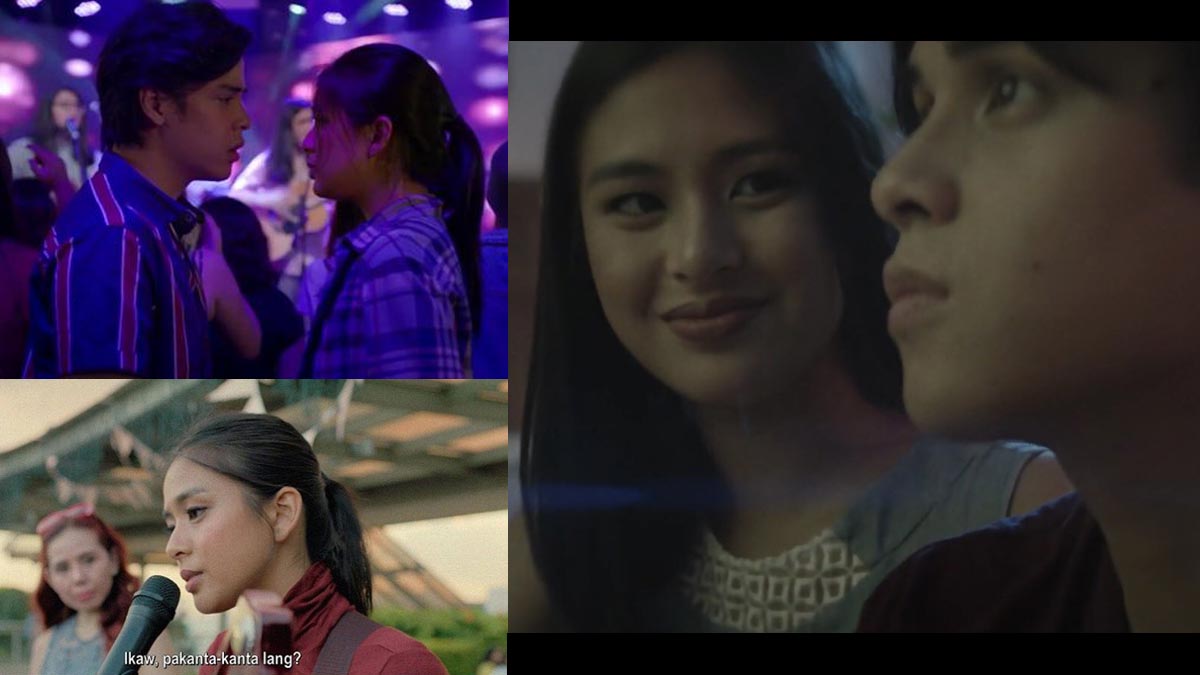 LSS (Last Song Syndrome) is that rare mainstream Filipino movie that hits all the right notes: it is entertaining, lovingly crafted, memorable, inspiring, and beautiful in more ways than one.

With nothing to do during the trip, the two start talking about their lives, comfortably spilling their hearts to each other even if they’re total strangers. The two know they share a special connection, but since they’re both too timid to take the next step, they separate ways after the bus ride ends.

They then continue to live their separate lives during the movie, only to meet again during the lowest point of their lives.

The movie moves at a slow pace, and yet it holds the attention of the viewer the whole time because the main characters feel very relatable.

Real-life couple Gabbi Garcia and Khalil Ramos competently bring the two to life. Gabbi’s beauty captivates in her scenes, but there’s an underlying desperation and sadness there.

Khalil turns in an affecting performance worthy of an award; that scene towards the end where he breaks down due to a family tiff should move some viewers to tears.

And of course, the two have undeniable chemistry that should be explored.

The two actors are have contracts in different networks, but they need to star in a teleserye together. They have potential to become a top loveteam.

Tuesday Vargas deserves her Best Supporting Actress award for her role as Zak’s cool angsty mom. Elijah Canlas is good as the budding rapper and brother of Sarah.

Even the members of Ben&Ben show their acting chops here. There were awkward parts here and there, but the group’s members are charming enough so they easily pass the challenge.

Did you just read Ben&Ben? Yes, the popular nine-piece folk band are featured prominently in the movie.

Zak is a Ben&Ben fan, and Sarah knows them from a music camp. The two protagonists even perform the band’s songs throughout the film, and one can’t help but sing along.

There’s some parts where the audio mixing is not up to par, particularly when the characters sing and talk at the same time. It’s either the song is too loud and the dialogue is too quiet to hear, or vice versa. Other than that, there’s not much bad stuff that one can point out in this almost-perfect musical film.

LSS (Last Song Syndrome) is produced by Globe Studios and Dokimos Media Inc. It is showing in the 2019 Pista ng Pelikulang Pilipino until September 19.