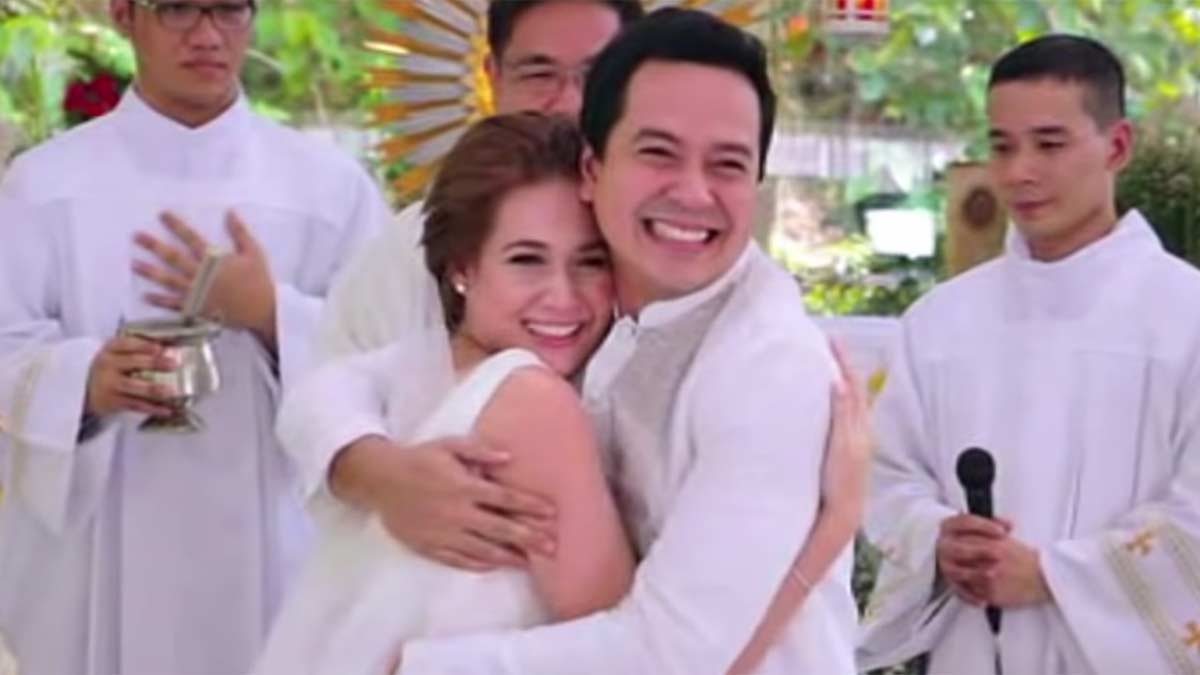 Bea Alonzo and John Lloyd Cruz's movie was supposed to be shot in Florence, Italy this year but was put on hold because of the pandemic.
PHOTO/S: A Second Chance (Star Cinema)

The reunion project of Bea Alonzo and John Lloyd Cruz will have to wait.

This year, the two stars were supposed to top-bill a movie, which will be produced by Star Cinema, a film outfit under ABS-CBN Films.

However, just like other film productions, the Bea-John Lloyd movie, which was supposed to be shot in Florence, Italy, was affected by the pandemic.

“It was supposed to have been shot in Florence, Italy. Romance-drama, and it’s going to be directed by Cathy Garcia-Molina. So reunion movie nila after A Second Chance.

Since flying to Italy was not feasible, Lamasan revealed that they tried to adapt to the situation by making some necessary changes to the material.

“So, we have to change the concept and because of that, na-delay ang script development and we were not able to meet the schedules, the availability that John Lloyd and Bea gave us.”

Among Raymundo's notable works as a screenwriter are The Hows of Us and A Second Chance.

At present, she is overseeing the creative development of the new script.

Lamasan continued, “Nahiya nga kami kay Lloydie at Bea kasi they waited for a year for this.

JOHN LLOYD AND BEA TO BE INVOLVED IN CREATIVE DEVELOPMENT

Lamasan also revealed that ABS-CBN Films wants John Lloyd and Bea to be involved in the conceptualization.

“What excites us this time ay we’re inviting John Lloyd and Bea to be co-creators, to get involved [sa] concept level pa lang.

Lamasan particularly observed the creative maturity of John Lloyd, asked him if he is interested to direct a film.

The actor is set to make a comeback after an almost-three-year hiatus from showbiz.

“That’s something we’re very excited about, the John Lloyd-Bea reunion project will be a collaboration with John Lloyd, Bea, Direk Cathy, and Carmi.”

At press time, Direk Olive said that she is still “praying” that the project will push through.

She told PEP.ph during the press conference, “We’re praying, we’re praying. That’s my most honest answer.

It was during her bloggers' conference on October 22 that director Cathy Garcia-Molina first revealed the Bea-John Lloyd movie was put on hold.

The film would have been the reunion project of Bea and John Lloyd after the success of A Second Chance in 2015.

Bea and John Lloyd also worked on an Instagram project called the “Unconfined Cinema,” where they had an Instagram Live session in May 2020.