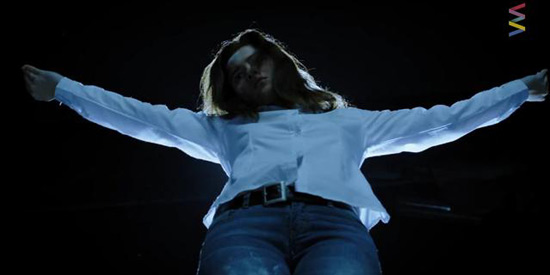 When news about the decision of the Movie and TV Review Classification Board (MTRCB) to give the trailer of the horror flick Tragic Theater the X rating twice came out last December, the movie-going public got curious.

After all, the X rating means “not suitable for exhibition” and the review board supposedly deemed the material “too scary.”

Tragic Theater’s producer, Viva Films, was able to resolve the matter with the MTRCB, and the movie was eventually shown on January 8 with an R-16 rating.

But moviegoers remained curious because it’s not very often that a Filipino horror film is rated unsuitable for viewers below 16 years old.


In addition, the unfortunate accident of Andi on the set also elicited curiosity. Last October, it was reported that Andi fell several feet when her harness suddenly snapped.

Tragic Theater is perhaps the first movie to tackle the Manila Film Center tragedy of 1981, its horrifying aftermath, and the horror stories that surround it.

Directed by Tikoy Aguiluz, Tragic Theater is based on the book of the same title written by G.M. Coronel. It’s about the exorcism that the group of spirit communicators witnessed sometime in 1999, or 18 years after several construction workers at the film center were killed in a freak accident.

Annie Francisco (played by Andi Eigenmann) is a tourism employee whose assignment to rehabilitate the abandoned film center leads her to Father Nilo (John Estrada), the priest who had been her confessor during her suicidal streak and to his group of spirit communicators.


Father Nilo and his group are later on joined by Bishop Agcaoili (Christopher de Leon).

The movie is not like other horror flicks that rely on tricks to make the audience scream. It focuses on the real terror of being in a place believed to be inhabited by spirits seeking justice for their ghastly fate. It also tackles the personal demons of Annie as a rape victim, Father Nilo as a priest who may have fallen in love with a woman, and Bishop Agcaoili as a clergyman whose last exorcism rite claimed the life of a girl.

In the end, the movie points out that a possessed person can overcome the evil spirit by exorcising her own demons and by freeing herself from her personal bondage.

Although that point is clearly stated in the movie, it’s insufficiently dramatized and discussed. In fact, the whole movie, including the acting, felt lukewarm and half-hearted.


In fact, there are times when the momentum is already there but flashbacks disrupt the storytelling.


For instance, an exorcism scene is cut abruptly in order to present Bishop Agcaoili’s back-story through a lengthy flashback. The flow of the story could have improved through better editing.

This is a pity because terror and disturbance are already felt at the story’s start. Scene after scene, the viewer hopes to get terrified, disturbed, and, finally, relieved and hopefully enlightened, but it’s not happening—which is, well, tragic. 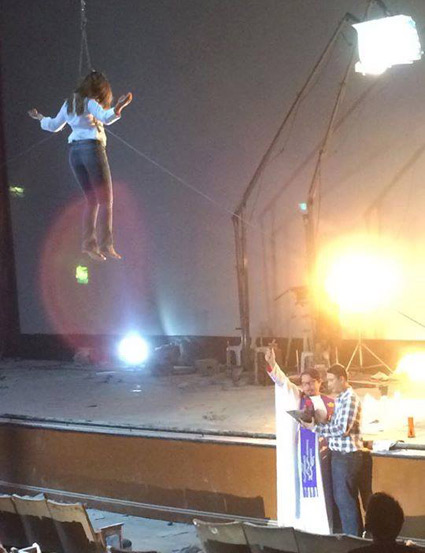