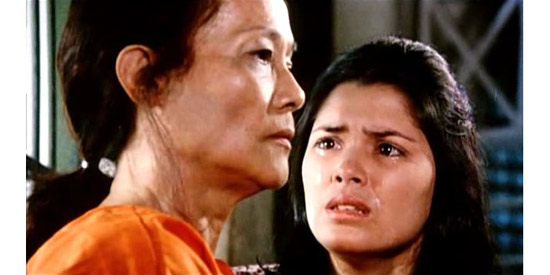 Insiang (played by Hilda Koronel, right) is joined by her mother Tonia (played by Mona Lisa) in this scene from Lino Brocka’s obra maestra, Insiang. This drama film will be screened on June 24, 2014.

National Artist Lino Brocka’s masterpiece film, Insiang, in restored cinematic glory, will have its Philippine Premiere at the SM Mall of Asia as the opening film of the World Premieres Film Festival Philippines (WPFF) on June 24, 2015.

Simultaneously, the film will also be launching the newly added Classics section of the festival. The screening on June 24 will begin at 2:00 pm with free admission on a first-come first-serve basis.

When Insiang first premiered at the prestigious Cannes Film Festival, the film was met with great critical acclaim. Hilda Koronel, the leading actress, had a special feature in Le Monde magazine. Even back then, Insiang was well on its way to becoming the timeless classic that it is today.

The road to restoration was a long and winding one. There were many efforts to reach the film’s producer and right holder, Ruby Tiong Tan, and to locate the missing film elements.

Producer Tiong Tan’s decision to give the film rights to the National Film Archives of the Philippines (NFAP) was in order to help preserve the country’s valuable film heritage, and to help speed up the tricky restoration process.

The film elements were located at LTC Patrimone with the help of the Film Development Council of the Philippines’ counterpart agency in Paris, the CNC (Centre National du Cinema et de L'image Animee).

Once the film elements reached Bologna for proper inspection, negotiations for the joint restoration project between the NFAP, the Film Development Council of the Philippines (FDCP) and the World Cinema Project - The Film Foundation (headed by Martin Scorsese) immediately followed.

On the coattails of the completed restoration, Insiang was selected for this year’s Cannes Classics section, paying homage to the film’s international premiere in 1978 when it was featured in the Quinzaine des Realisateurs, or Directors’ Fortnight.

Insiang thus had its grand return to the Festival de Cannes in May 2015 as part of the Cannes Classics section. The restoration’s premiere took place on May 16 at the Bunuel Theatre to a packed audience that comprised of international film experts, enthusiasts, and fans of Philippine cinema.

The restoration of Insiang and its upcoming Philippine premiere is a milestone for Philippine cinema, as the internationally revered classic that has withstood the test of time.

The reception will begin at 1:30 PM, followed by a short program at 2:00PM, and the screening at 2:30 PM. The film will be open to the public for free on a first-come first-serve basis. 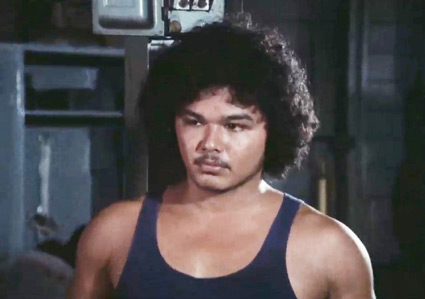 Rez Cortez as Bebot in Insiang

CLASSICS SECTION. This year’s WPFF introduces the Classics Section, which includes seven timeless films that have been restored by the Martin Scorsese’s The Film Foundation/World Cinema Project and the L’Imagine Ritrovata laboratories.

The section features seven restored films from the then Soviet Republic of Armenia, Indonesia, India, Sri-Lanka, Senegal, and the Philippines from directors who are cinema legends. The selections include The Color of the Pomegranates (1969, Sergei Parajanov), After the Curfew, (1954, Usmar Ismail), Kalpana (1948, Uday Shankar), Nidhayana (1973, Lester James Peries), Touki Bouki (1973, Djibril Diop Mambety), Insiang (1977, Lino Brocka) and Portrait of an Artist as Filipino (1965, Lamberto Avellana).