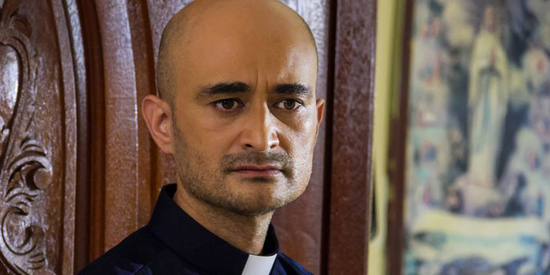 Fil-Italian actor-director Ruben Maria Soriquez explains why he feels at home doing movies in the country: “I feel I can produce interesting stories that can be interesting to the European market. Because in Europe, they like also exotic locations. And another thing, here it the Philippines, it’s cheaper producing a movie than in Italy.”

“My father is a Filipino, my mother is an Italian. And I have a Filipina wife.

“So I decided to settle here in the Philippines and do this movie.

“I like the Philippines. Most of my family is in this country.

“And I feel I can produce interesting stories that can be interesting to the European market. Because in Europe, they like also exotic locations.

“And another thing, here it the Philippines, it’s cheaper producing a movie than in Italy,” lahad niya.

“I did my research about actors here. And I came to like Raymond Bagatsing, he is really a very good actor.

“I’ve watched a lot of his films. So I have seen how good he is as an actor and as an action star.

“I see a lot of potential in him as a dramatic actor. And the first time we met, we liked each other at once and there’s really this good feeling between us,” dagdag niya.

Sabi pa ni Ruben, “He’s been into a lot of TV shows. Also when I met him, I like his personality.

How about Channel Latorre?

“I really want an actress who has that Filipina look with no retoke. And I find her perfect for the role.

“With her natural beauty, black and big eyes, and not colored hair. And I saw also some films that she did, I saw her potential also.

“She has no limitations when it comes to acting and portraying roles. Whatever is called for in a scene, she’s very much willing to do it,” pagpuri niya.

“Polo is also the perfect choice to play the role of a villain in the movie. He is also very intense and he really did well in all of his scenes.

“This is my first movie here in the Philippines. But I used to produce and direct films in Italy.

“I have directed Sexocracy. That became a controversial documentary about showbiz, sex, and politics in Italy.

“In this documentary film, I tell about sex and scandals that involved a former Italian Prime Minister. He used to have a sexy party in his residence.

“And I tell this story about the links of showbiz, politics, and sex. Because this former prime minister is also the owner of three TV stations.

“I have worked with amazing Italian actors like Andrea Roncato. And also some famous German actors like Horstjanson, he is like a monument in German Cinema,” kuwento rin niya.

“I like Alessandra de Rossi, we’ve met already. And I’m considering her in my other movies.

“I also like this indie actress… Sue Prado, she's also really good. She impressed me.

“And then also… Althea Vega. I’ve seen how good she is in the indie film Metro Manila.

“I love Joel Torre, he’s a great actor. I’ve seen his movie On The Job movie, he impressed me, he’s really good.

“And then, I like Cesar Montano. Also this indie actor who’s really good. Also Art Acuna.

“Of course, I also include the actors I chose for my movie Of Sinners and Saints… Raymond, Polo, and Richard.”