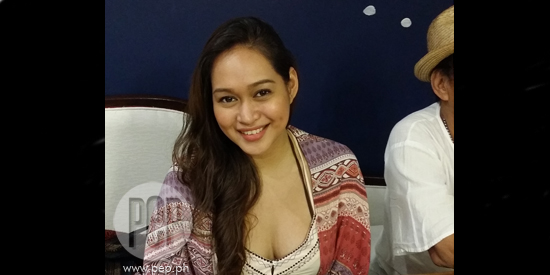 Mercedes Cabral is the classic example of how dogged determination moves mountains.

When the award-winning actress was still practically a nobody in showbiz seven years ago, all she knew was that giving up her studies at the UP Diliman College of Fine Arts to become a model was her ticket to a better life for her family.

And so the dusky Mercedes gave it a try.

She showed up for photo shoots, even if all she got were mere literally walk-in parts.

Until someone came up with a bright idea.

BIG BREAK. Why doesn’t she try her hand in a basic acting workshop? Luckily, at that time, writer-director Francis Villacorta was conducting one.

Mercedes did, and got the surprise of her life.

The acting bug bit Mercedes so hard, she auditioned in not just one, but several productions. Rejections only spurred her to take on more challenges.

Whenever she fails to bag a role (it happens to the best of them), Mercedes doesn’t waste time moping. She just tells herself it’s not her, but the project, which is not suited for her.

PASSION FOR ART. She can just go back to her beloved sketch pad and summon her original passion by creating doodles.

“Hindi nawala ang passion na 'yon. Every now and then, nagdu-doodle pa rin ako as some sort of therapy,” she also reveals.

Acting—Mercedes’ accidental, now overriding passion—not only feeds her soul, it has time again fed her body, and that of her family’s.

She has also done international films, including Rosita (released in Denmark) and the Cannes Film Festival Jury Prize winner Thirst, to name a few.

Mercedes also has TV projects for GMA-7. But these have not eclipsed her credentials as an indie actress.


REASON FOR BEING. Fulfillment, not awards, is her reason for being as an actress.

Working with the best is another plus.

Mercedes worked with Nora Aunor in Thy Womb, and found the Superstar “down-to-earth at nakakatuwang katrabaho.”

Mercedes had a special participation in the Vilma Santos film The Healing, and is happy to note that The Star for All Seasons is “very approachable, hindi intimidating.”

Coco Martin, Mercedes’ co-star in the critically-acclaimed Serbis, on the other hand, is “magaling, kahit noon pa.”

Still another co-star who stands out in Mercedes’ book is Jericho Rosales, whom she worked with in Red.

They say your idols reflect who you are.

Judging from Mercedes’ list, you know she’s an artist for whom craft—not number of box-office hits—is number one.