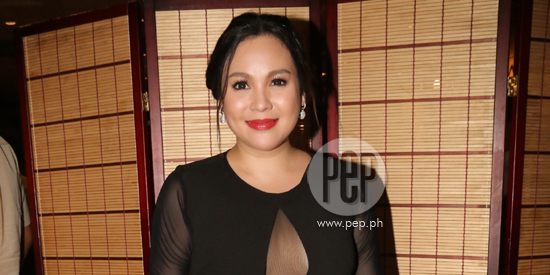 Claudine Barretto said that the best birthday gift she gave to her father was her comeback movie Etiquette for Mistresses, who celebrated his birthday same day of the movie's premiere. "My parents and I, we are going through so much, [pero] nandoon sila and nagkataon na birthday ng daddy ko. 78th birthday niya today habang premiere night. So I think this is the best gift na naibigay ko sa daddy ko.”

Claudine Barretto returns to the big screen with Etiquette for Mistresses.

According to the Optimum Star, she was overwhelmed when she saw the movie during the September 29 premiere night held at SM Megamall Cinema 7.

Claudine also told PEP.ph (Philippine Entertainment Portal) and other media reporters during the cast party that she really feels excited to see how people will accept the movie, especially since this is her comeback movie after five years.

Her last movie was In Your Eyes shown in 2010, where she co-starred with Anne Curtis and Richard Gutierrez.

“Sobra-sobrang excited because I haven’t been working for five years and to be back on the big screen, knowing na maraming tao ang gustong sumuporta at nagustuhan yung pelikula habang nagpe-premiere kami.

The movie also serves as her onscreen reunion with Kris Aquino and director Chito Rono. They all worked together for the 2006 horror movie Sukob.

“And, of course, reunion namin 'to ni Miss Kris Aquino and Direk Chito because the first movie was Sukob.

Claudine also admitted that she became emotional upon seeing the movie, and very thankful that she was given her comeback.

But what made her cry during the premiere, more than the applause of the audience, was the presence of her father Miguel, who also celebrated his 78th birthday that night.

Look: Claudine Barretto supported by her parents at Etiquette for Mistresses premiere night

“Siguro, the other thing that made me emotional is that, my parents and I, we are going through so much, [pero] nandoon sila.

“So I think this is the best gift na naibigay ko sa daddy ko.”

TV COMEBACK. Since Claudine already staged her movie comeback, will this be the time for her to have a TV comeback as well?

Her last regular teleserye was Iglot which was shown in 2011 on GMA-7.

LESSONS OF THE MOVIE. According to Claudine, the movie will impart lessons to its viewers.

“You know people always think it’s all about glorifying mistresses.

“But really, when you get to see the movie, makikita mo yung morals, yung values na it will educate you.


(To view photos of Claudine with her parents, click: Claudine Barretto supported by her parents at Etiquette for Mistresses premiere night)