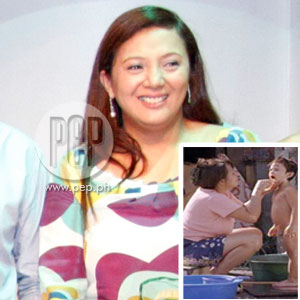 
Brillante "Dante" Mendoza was pleasantly surprised to receive an email earlier today, August 14, informing him that his film Foster Child won the NETPAC award in the 17th Brisbane International Film Festival in Australia. The said filmfest was held last July 31 to August 10.


The NETPAC (Network for the Promotion of Asian Cinema) award is given at select international film festivals to promote Asian cinema by spotlighting exceptional films and discovering new talents.


This triumph of Foster Child, an indie film starring Cherry Pie Picache, comes on the heels of the announcement that the actress won Best Actress from the Durban IFF for two consecutive years. The Best Film prize also went to Foster Child for "delving with remarkable skill into the everyday lives of its extremely well-developed characters, and for fusing documentary and drama to create a brave, humane and unconventional film."


This film earned for Direk Dante his third NETPAC award. In 2007, he won in South Korea's Jeonju IFF for Kaleldo. Last April, Tirador also bagged a NETPAC award in the Singapore IFF.

Direk Dante has been honored previously by the Brisbane International Film Festival. In 2006, his film Masahista won the Interfaith Jury award.


However, Direk Dante is proudest of the fact that his controversial film Serbis is the first Filipino film to take part in the New York Film Festival.


Presented by The Film Society of Lincoln Center, the annual New York Film Festival will showcase new works by both emerging talents and internationally recognized artists from September 26 to October 12, 2008. The 17-day festival chooses inspiring and provocative cinema by emerging talents and first-rank international artists whose films are often recognized as contemporary classics.

This afternoon, PEP (Philippine Entertainment Portal) exchanged phone calls and text messages with Direk Dante as he explained why he is very pleased that Serbis was chosen as one of 20 films included in the 46th edition of this film fest.


"This is a very important film festival to me since you're regarded as one of the best," declares Direk Dante. "Only 20 films all over the world are chosen, including those from Cannes. For me, this honor is second to Cannes. Yung Toronto IFF is also big but it is more of a film market."

According to the prolific director, being included in the NYFF is a big achievement for Serbis. "After Cannes and all the negative reviews, I feel vindicated...hindi ko pinagsisihan na ginawa ko ang Serbis."

Apparently, Coco Martin is also proud of Serbis despite the fact that he initially felt that his frontal nudity in the film was a "breach of trust."

Continue reading below ↓
The young actor will join Direk Dante in attending the New York Film Festival as well as the Vladivostok Film Fest in Russia in September.


Direk Dante has also been tapped to be one of the mentors in the Asian Film Academy in Pusan, South Korea.


Direk Dante's Foster Child was screened last March in the New Directors/New Films series at the Museum of Modern Arts (MoMA) which is co-presented by The Film Society of Lincoln Center, organizer of NYFF.