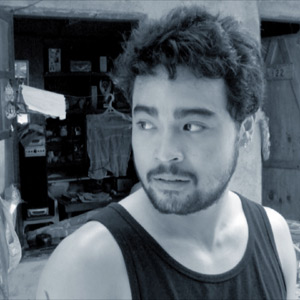 Sid Lucero has been getting rave reviews for his intense portrayal as Pablo in the indie film Tambolista. For him, one of the most difficult things that he had to do while doing this film was the one involving a violent scene with veteran actress Anita Linda. Tambolista will be screened at Indiesine, Robinsons Galleria starting August 27, 2008.


A Filipino film about crime and poverty has been chosen to participate at the 4th Jecheon International Music and Film Festival (JIMFF) in Seoul, South Korea. Adolf Alix Jr.'s Tambolista will then be screened for Pinoy moviegoers at Indiesine, Robinsons Galleria starting August 27.

The film, which competed in the 2007 Cinema One Originals Digital Film Festival, bagged the Best Actor award (for Sid Lucero). It also earned nominations in the 24th Star Awards for Movies in the categories Supporting Actor of the Year (Sid Lucero), Digital Movie Director of the Year (for director Adolf Alix Jr.), and Digital Original Screenplay of the Year (for Ave Regina Tayag).


Direk Adolf has made a name for himself through writing stories and screenplays, making this as a stepping-stone for gaining bigger responsibilities in the movie industry. He has worked closely with famous stars for movies such as Donsol (Angel Aquino and Sid Lucero), Siquijor (Iza Calzado and Ian Veneracion), and Batanes (Iza Calzado and Ken Zhu of F4 fame).

Jason's (Jiro) great dream is to own his drums and indulge in his passion. Then he discovers his brother Billy's girlfriend is pregnant; needs to raise money for an abortion. Their close friend Paolo suddenly becomes homeless. When Jason tries to help these few people he's very close with, he gets entangled instead in a web of betrayal and violence. Now only Jason, in his young 14-year old existence, will decide whether or not to absolve himself from their dilemmas or not.