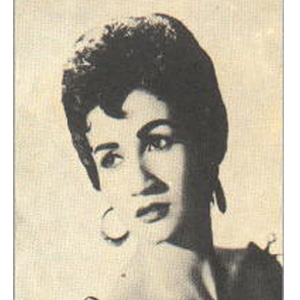 Ms. Rosa Rosal will be given a tribute by Robinsons Movieworld and the Independent Filmmakers Multipurpose Cooperative for her contribution to Philippine cinema.


Born Florence Lansang Danon in 1931, Ms. Rosa Rosal is known for being one of the most famous stars of LVN Pictures. The veteran actress, whose last movie was shown in 1976, is now the governor of the Philippine National Red Cross and chairperson of the Red Cross Blood Program.


Four of her blockbuster hits Anak Dalita (1956), Badjao (1957), Biyaya ng Lupa (1959), and Sakada (1976) will be screened for the first edition of Sine Klasiks, a project that will pay tribute to the pillars of the Philippine movie industry. Robinsons and the IFC will be featuring classic films from way back in the 1960's to the 1980's that starred veteran actors and actresses who brought honor to the Philippine movie industry.

The organizers of Sine Klasiks hope to educate this generation about the art of filmmaking 50 years ago, providing a good comparison for more recent movies in terms of cinematography, musical scoring, production, and the actors' portrayal.

Rosa Rosal's Anak Dalita bagged the Best Picture award in the 1956 Asian Filmfest, held in Hong Kong that year. Though it didn't do very well at the local box office, it earned for Ms. Rosal a special citation from then Philippine President Ramon Magasaysay, as well as her second FAMAS Best Actress Award


According to filmmaker Ed Cabagnot, LVN president Doña Sisang was initially wary of casting Rosa as a Tausog princess because of her sophisticated, fair looks. But in the end, the actress got the part with the help of the makeup department. The film Badjao went on to win four major awards at the Asian Film Festival Awards in Tokyo in 1957.


In the late ‘60s, Ms. Rosal entered public service through the TV shows Kapwa Ko, Mahal Ko and Damayan. She then became a spokesperson for the Philippine National Red Cross and the Philippine Blood Bank for more than three and a half decades

In 1999, the veteran actress was awarded the Ramon Magsaysay Award for Public Service. She was cited for "her lifetime of unstinting voluntary service, inspiring Filipinos to put the needs of others before their own."

In 2006, President Gloria Macapagal-Arroyo bestowed on Ms. Rosal the Order of the Golden Heart with the rank of Grand Cross for a lifetime in public service and for her work with the Red Cross.

Sine Klasiks Present Ms. Rosa Rosal will have its grand launching with Ms. Rosa Rosal on the 17th of September (7 pm) at Robinsons Galleria Cinema 3. A program will be conducted in honor of Ms. Rosa Rosal and the Lamberto Avellana movie Anak Dalita will be screened at the venue as well.