Glaiza de Castro describes herself as "jill of all trades, master of none"

Glaiza de Castro, 30, has left an indelible mark in every entertainment pursuit she has chosen, whether onscreen (The Rich Man's Daughter) or on the radio (Sa 'Yo Pa Rin).

Recently, the projects she has kept herself busy with (Contessa, Liway) have aligned with the decision to do things her own way, which in turn has allowed one of this generation's most unique leading ladies to enjoy artistically fooling around with the performances she has been handed.

This playfulness, of course, extends to the photo shoot you see before you, Glaiza's first official foray into FHM as your December 2018 Muse. 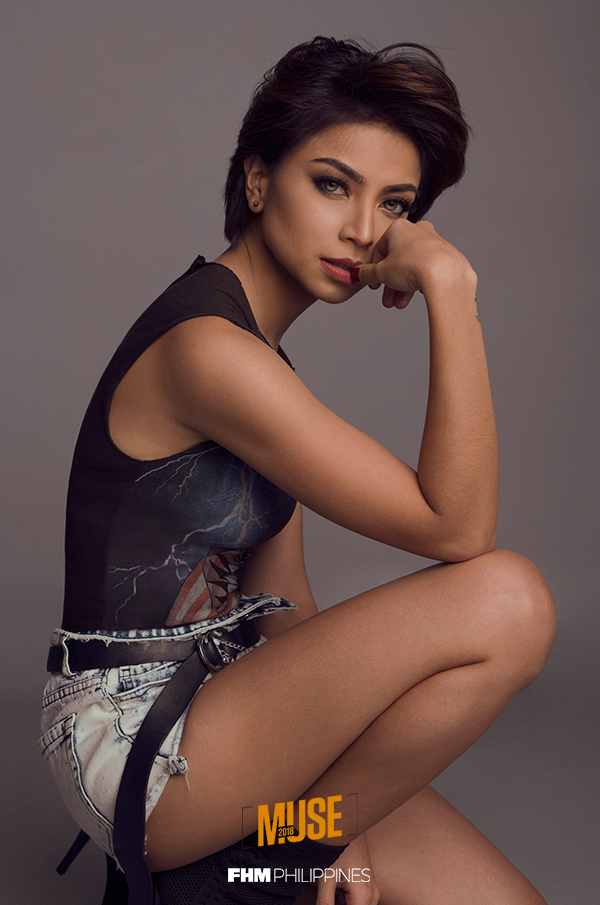 HITTING ALL THE RIGHT NOTES

Interestingly, her follow-up self-titled record Glaiza (2006) was released at the same time she returned to GMA-7's Fantastikids after a brief stint with a rival network.

While she enjoyed the process of creating her first record, there were things that she wished she had done differently back then.

It was when her family resided in Bulacan sometime in between her first and second albums that she started writing her own material and realized production is where the real fun is.

Peers sent her lyrics and she rendered the melodies, and these collaborations turned into experiments in the recording studio. They enjoyed the creative freedom, but recording "took so much time" and soon, a system was needed. Glaiza adds: "Nagpre-production na kami sa Glaiza, para kung may maisip na ibang approach o gustong idagdag na tracks, pwede pa."

Glaiza's love and curiosity for the technical aspect of the process inspired her to enroll in an Ableton course in music production, which will begin in July next and last for three months. She encourages her fellow celebrities to discover their musicality because, she believes, that it could yield beautiful results.

Case in point: she and other colleagues from a Sunday variety show have organized the Babae Power gig series, a venue where they can perform their original compositions.

According to Glaiza, not only are these events entertaining, but they also allow participants to let their creative juices flow—a practice that is not uncommon to individuals who strive for only the best in their work.

If you look closely enough, Glaiza's last two acting roles this year might have been the closest to who she really is as an individual.

As the titular character in the revenge drama Contessa, she plays the wrongfully accused Bea, who takes the law into her own hands after losing everything to a miscarriage of justice. She sees similarities between herself and her on-screen persona, specifically with the latter having to "kill" the weak Bea for the vengeful Contessa to eventually surface.

The primera kontrabida compares the drastic character development in the teleserye to a time when she was just learning the ropes of the biz.

She also starred in 2018's critically acclaimed Cinemalaya entry Liway, which tells the life of director Kip Oebanda and his mother Cecilia in prison camp during the Marcos regime.

In the age of the internet, where criticism is instant and everyone has an opinion, some cinemagoers are quick to label an actor as "biased" for taking on politically charged roles. But despite our turmoil-fueled social climate, Glaiza did not even think twice about portraying the brave woman, simply because her story is worth sharing.

She notes, "More than the political content, it focuses on a mother's love for her son—yung hirap magpalaki ng anak nung panahon na yun."

It helped that Commander Liway herself was mostly present while they were shooting, which simultaneously helped and pressured Glaiza while production was taking place. She is, however, grateful that she was able to pick the brains of this modern-day heroine, even when some memories proved too vivid for both women to revisit.

As someone who has found success, both in the independent circuit and in mainstream outings, she considers both gratifying. When she hears that her director is satisfied, she finds peace. She finds her purpose in pushing the boundaries through unconventional roles and scenes.

And at the end of the day, if her acting affects even one viewer, she can go to sleep happy after a hard day of work.

Visit Glaiza's Instagram bio and you will be met by the tag Katipunerang Milenyal. But even before she even found out that she was related to Filipino revolutionary Felix Galura, a pioneer of the Katipunan from Pampanga, Glaiza was already embodying local heroines on TV.

Her roles as Gregoria de Jesus (Katipunan, 2013) and Gabriela Silang (Wagas, 2015) were precursors to her real-life advocacies.

She admits that she did not imagine herself at the forefront of advocacies such as women empowerment.

All she knew was that she always listened to her grandfather and took his words "magandang simulain" to heart.

For Glaiza, the actions of each citizen and their contributions—no matter how little—have the ability to spur change in society.

And as a celebrity, she is aware that with a great platform, whether TV, film, or even theatre, comes an even greater responsibility. 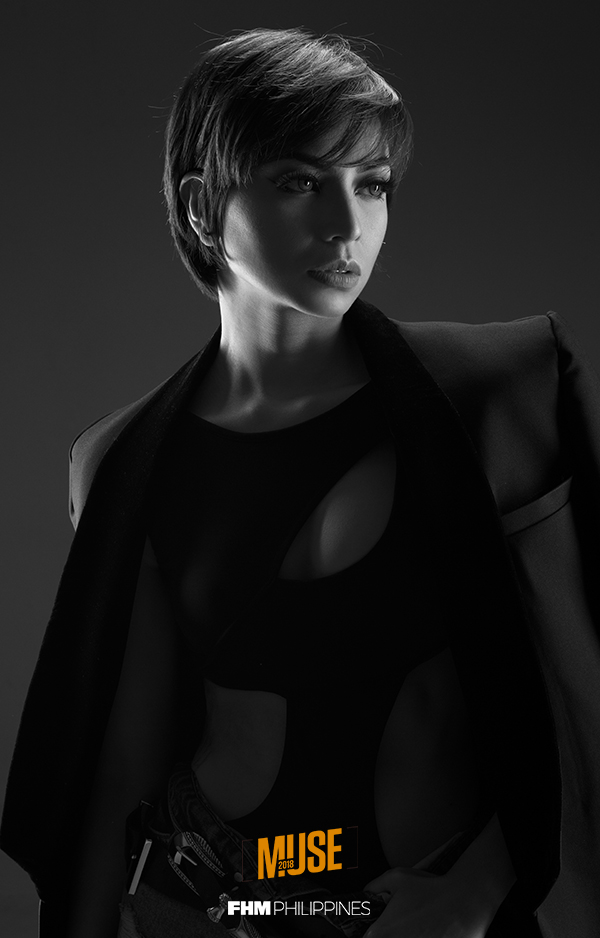 Her profession allows her to choose which characters to play and understand what they really represent in the bigger scheme of things. For one, the airing of Contessa (March, Women's Month) was not just ideal timing.

It is no coincidence then that Glaiza's acting portfolio is made up of strong female characters.

Her decision to integrate a bigger cause into her journey as an artist only mirrors the complex women she has embodied on both the small and big screen.

Her once unconscious steps towards building a rap-sheet that championed her personal causes has evolved into one that's singular and purposeful and sincere: "After Contessa, came Liway, so parang, okay, ito na yung path na pupuntahan ko, which is taking on roles that will encourage and empower women."

This story originally appeared on FHM.COM.PH.