"Okay yung meron kang kasama to keep you sane, to keep you there on the ground... saka yung nagtutulungan kayo talaga sa mga bagay-bagay." Elisse on advantage of having a love team partner.

McCoy de Leon, 23, and Elisse Joson, 23, have been in showbiz since they were young teens.

Both began in Star Magic, the talent management arm of ABS-CBN, where they still belong.

It took some time for their careers to take off.

The upside was, with each bit role that McCoy and Elisse were given in major teleseryes, they were learning from the pros.

But, through the years leading up to 2016, she did the rounds of more teleseryes than he did.

For his part, McCoy had only a few projects, with his role in Nasaan Ka Nang Kailangan Kita (2015) being the major one.

In 2013, the two appeared in the long-running daytime series, Be Careful with my Heart, but they were together in only one scene.

In the years that followed, McCoy found promising success as a member of Hashtags, an all-boy dance group formed for the noontime show, It's Showtime.

Elisse gained popularity for her heart-tugging commercial for a famous fast-food chain. 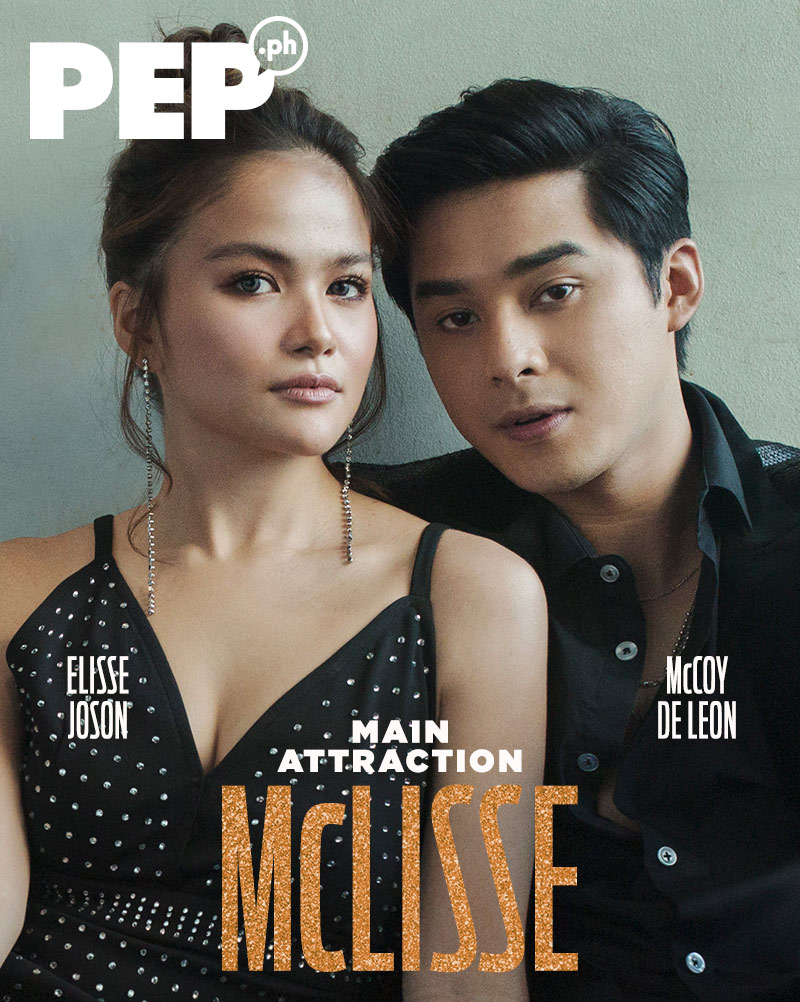 It was on this 13th season of PBB that audiences caught the beginnings of another love team, one that fans would later refer to as McLisse.

Viewers were quick to spot McCoy's attraction to Elisse, which happened on their very first day as housemates.

Since then, people were drawn to their developing love story, and the network smartly capitalized on this.

After their successful stint in the PBB house, McCoy and Elisse immediately landed roles in the primetime action series, FPJ's Ang Probinsyano.

This would be their first major project as McLisse.

In the action serye headlined by Coco Martin, the two played JP and Lorraine. Elisse would stay in the show from 2016 to 2017; McCoy still appears regularly.

In 2017, McCoy and Elisse signed their first major endorsement deal as a love team, after which they released their first recording single, "If We Fall in Love."

They were paired in the primetime ensemble drama, The Good Son, where they co-starred with Joshua Garcia, Jerome Ponce, Nash Aguas, Alexa Ilacad, and Loisa Andalio.

By the end of 2017, the two Kapamilya stars had their first solo film in the works.

The film, helmed by I'm Drunk, I Love You director JP Habac, would later be shown as Sakaling Maging Tayo. 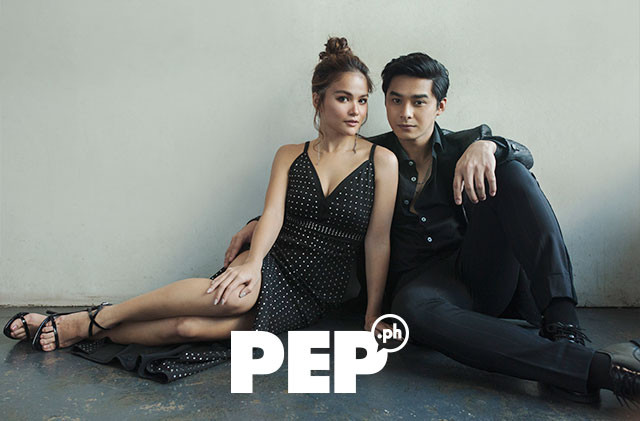 The making of Sakaling Maging Tayo witnessed one of McLisse's biggest hurdles as a love team and as friends.

In early 2018, Elisse did the new Wansapanatym series, Ofishially Yours, and was paired with the boys of BoybandPH: Joao Constancia, Tristan Ramirez, Niel Murillo, Ford Valencia, and Russell Reyes.

But at this time, the bond that McCoy and Elisse had formed in the two years they worked together as on-screen partners seemed shaky.

Elisse revealed, in an August 2018 interview with PEP.ph (Philippine Entertainment Portal), that McCoy briefly unfollowed her on Instagram, and they were no longer in regular contact with each other.

By then, the big question became: Are McLisse still together?

Elisse was unsure of the answer.

"Ever since, dati, we always say, at end of the day, kung ano ang magiging okay for the growth of our career." 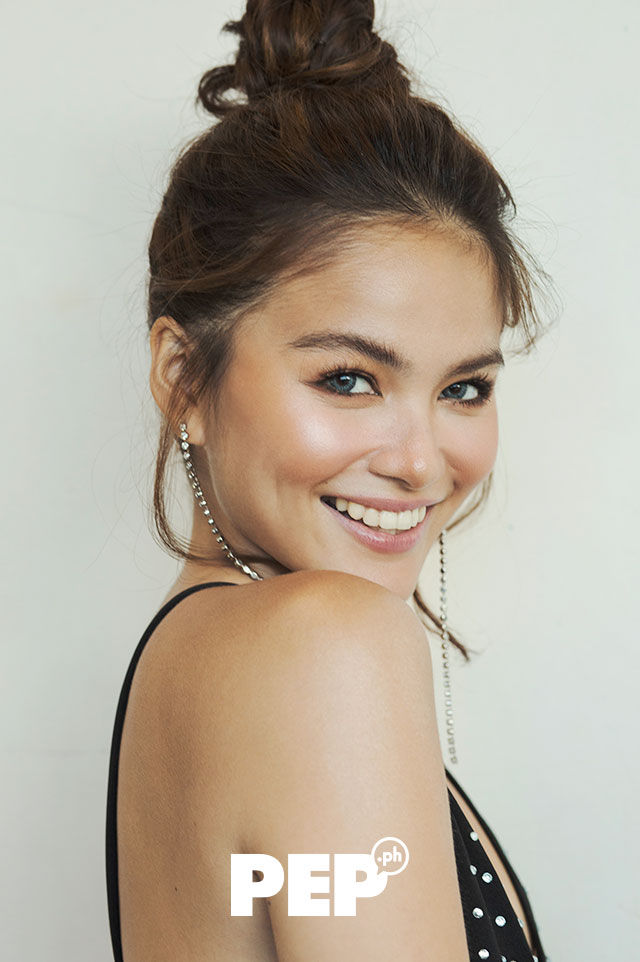 Despite the friction between them, McCoy and Elisse managed to finish the film by mid-2018.

It took a while for the young stars to open up to each other again.

When they had to be together for work, there would be an awkward silence between them. For a time, they actually preferred to be interviewed separately.

However, the promotion for Sakaling Maging Tayo helped break down walls.

McCoy and Elisse spoke to PEP.ph and other media about their reconcilation at the film's media conference last January 5, 2019, in a Quezon City establishment.

Both agreed that problems should be dealt with together. 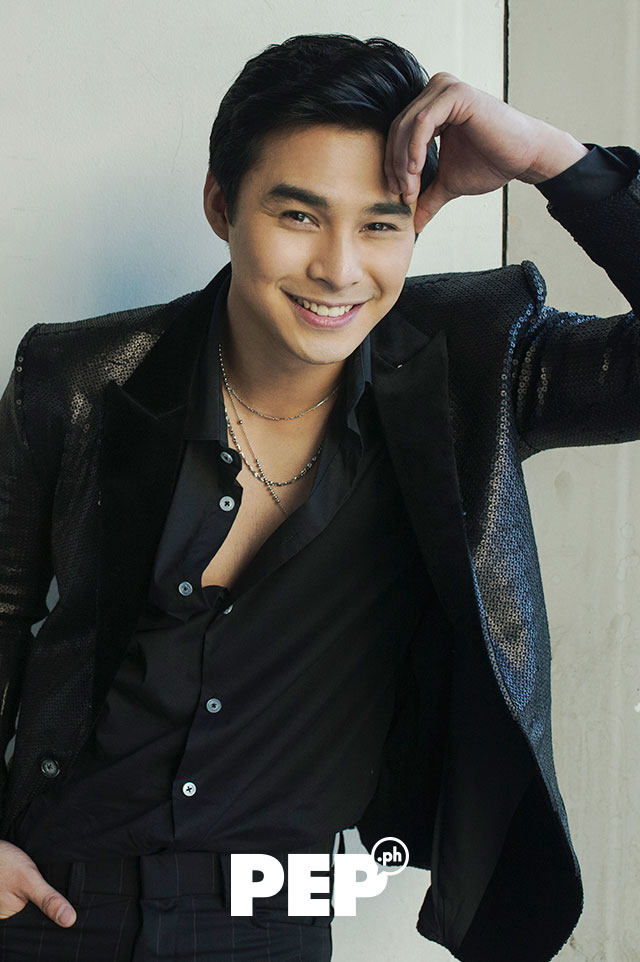 In December 2018, PEP.ph sat down with McCoy and Elisse to talk about their journey as a love team.

Entering their fourth year as on-screen partners, the two actors say they realize that the key to a successful partnership is dependability and honesty. 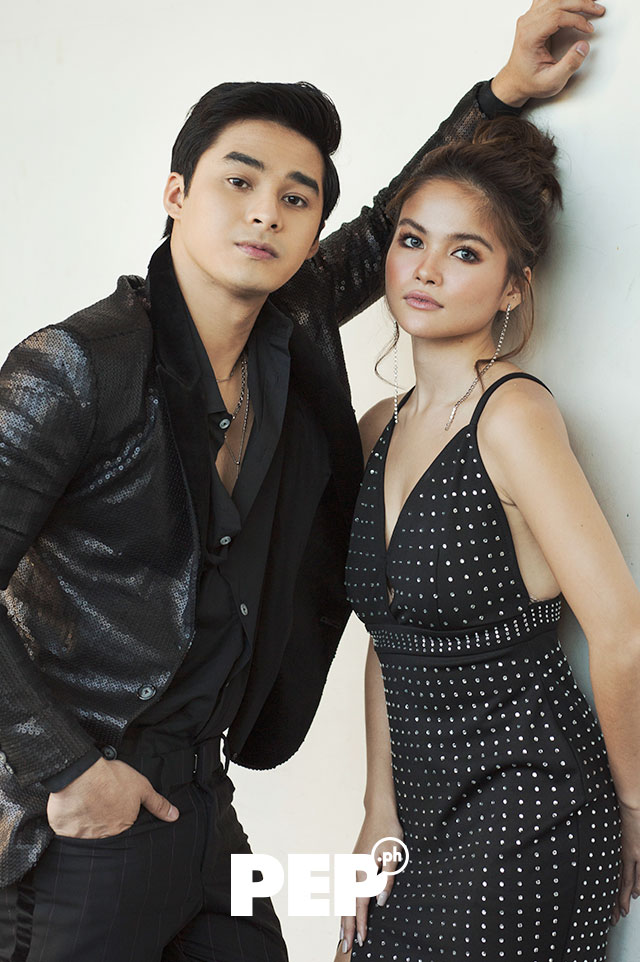 "Okay yung meron kang kasama to keep you sane, to keep you there on the ground. Yung lagi lang alam mong may taong nand'yan kasama mo?

As for honesty, McCoy looked back to their time as PBB housemates when they were told to be truthful to themselves, to each other, and to the public. 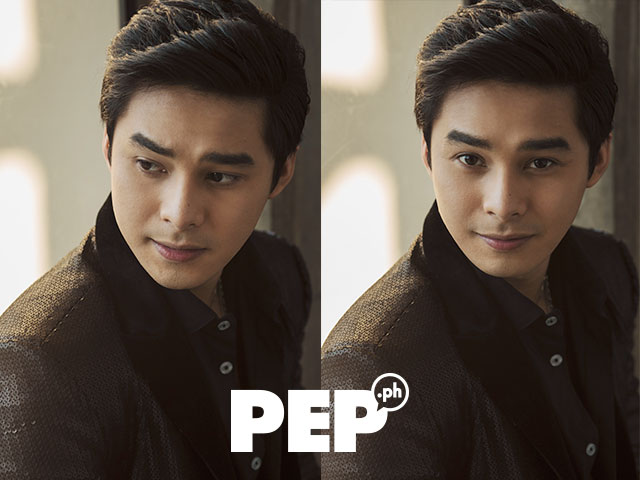 McCoy and Elisse appear to hold a unique and exciting advantage as a love team.

Aside from working together in future projects, the two stars are free to take on solo assignments.

Elisse, whose recent solo project is as Roxanne in the current Joshua Garcia-Julia Barreto drama, Ngayon at Kailanman, sees this time as a chance to improve herself.

"You don't have anyone else, so ikaw mismo, iaangat mo yung sarili mo." 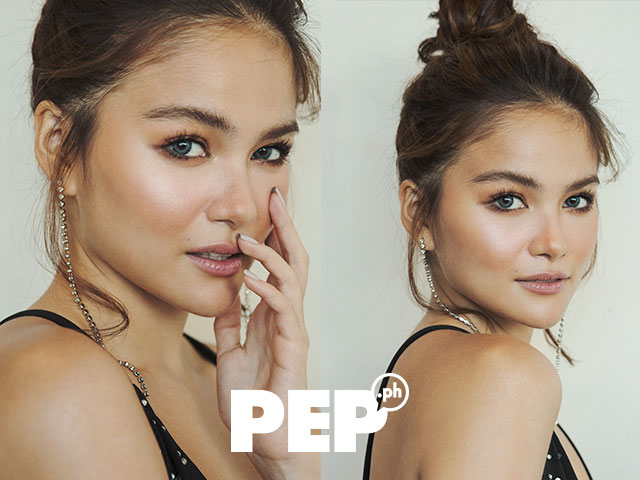 McCoy, who has his regular gig as JP on FPJ's Ang Probinsyano, has been taking on roles in indie films. He says every project is a learning opportunity. 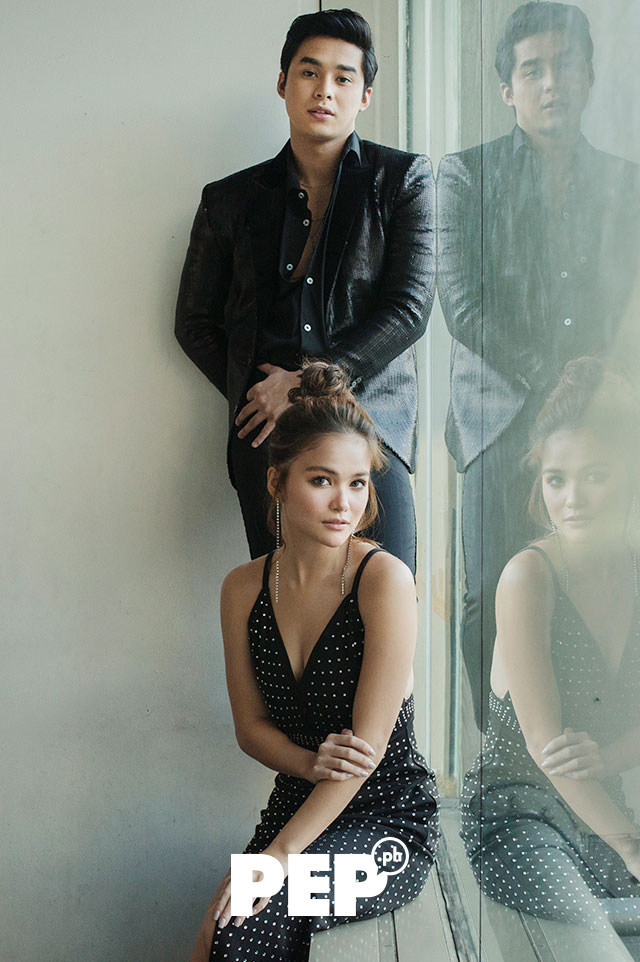 PEP: Favorite type of projects to do? 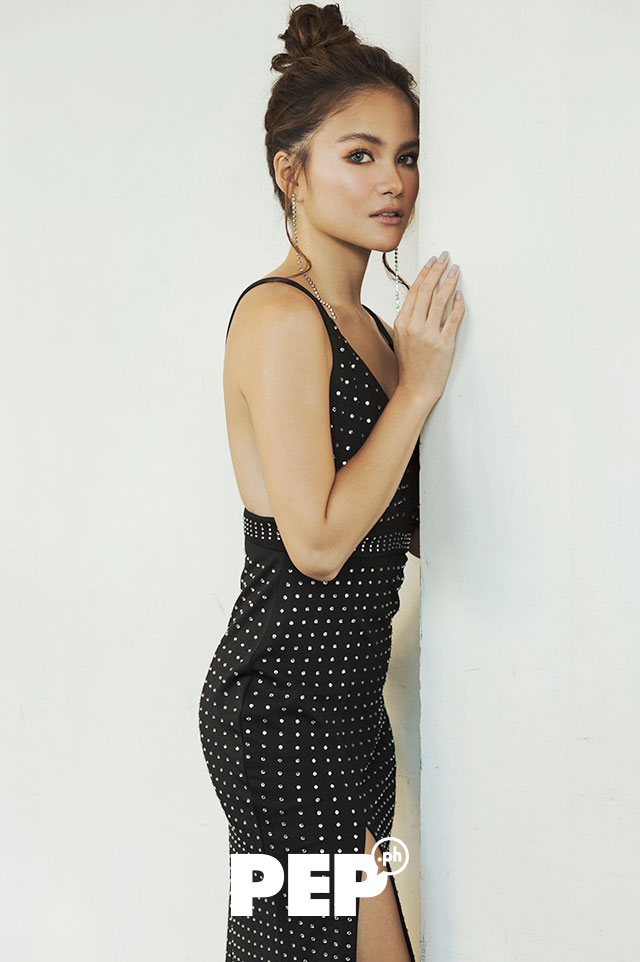 PEP: Who would you consider as your "life peg"?

PEP: Best advice you got from your parents? 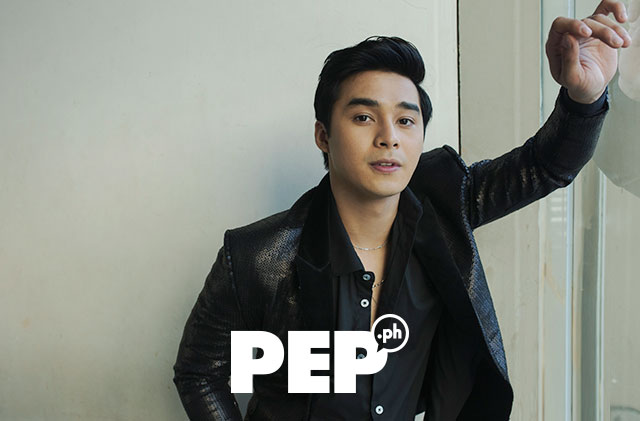 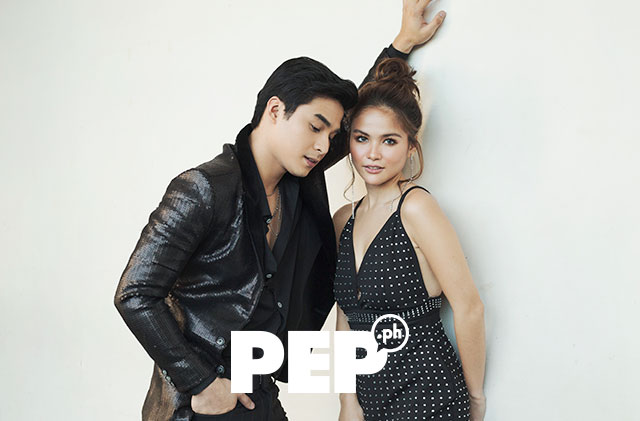 PEP: What makes a great partner?

Elisse: Bawal mag right back at you, ah!

Elisse: For you, ah?

Elisse: Someone who won't give up no matter how hard things get.

PEP: One thing you're proud about yourself?

Elisse: I don't give up. 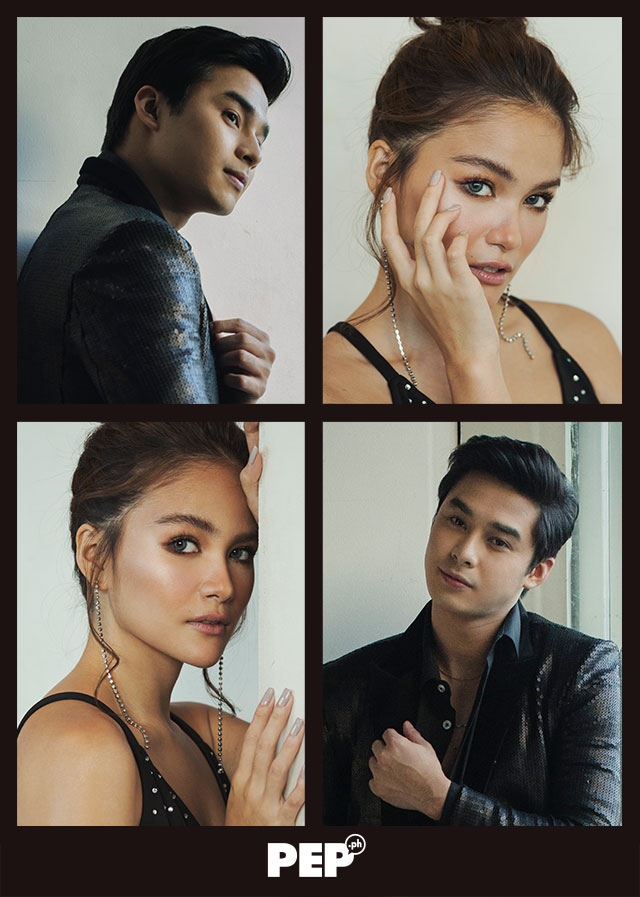 Special thanks to Keia Inciong of ABS-CBN Films' Black Sheep