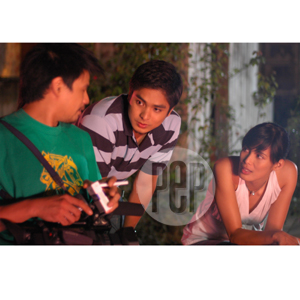 When Brillante Mendoza of CenterStage Productions thought of producing a film about Siquijor, a small island in Region 7 (Central Visayas), he never imagined that it would escalate into a controversial and sensitive topic for some of our kababayans.

Called Isla del Fuego or the "Island of Fire" by the Spanish before, Siquijor is known as the mystic island because of the mambabarang (witch doctors), mananambals (faith healers), and other horror elements associated with the island.

In his March 7 interview during the CineVita film festival at the University of Santo Tomas, Direk Dante clarified that he did not receive a formal complaint from the local government officials of Siquijor.

"Wala naman kaming natanggap at that time but we were alarmed kasi yung mga contact ko dun, tinawagan ako at sinabi na nagmi-meeting yung provincial board members. Inunahan ko sila. Sinulatan ko and I wrote: ‘Is there a problem?' Sabi ko, if there's a problem, ihihinto ko na. I'm willing naman to let go the title and change it to another title. But I did not receive any letter from them."

"I called them again last month and I said I will proceed if I don't receive any letter from you since it means that it's okay to go on with the title. Title lang naman ang issue because the film could have happened anywhere. Hindi naman specific na ganito yung nangyayari sa Siquijor."

Siquijor: Mystic Island was finally screened at theaters starting yesterday, March 14. It is about a production team of the horror TV show Hilakbot, which goes to Siquijor to shoot the mysteries of the island.

A local coordinator named Domeng (Simon Ibarra) brings the production crew to meet a mambobolo, an herbal doctor who cures victims of witchcraft. The production team ends up staging an exorcism ritual wherein a possessed victim gets beaten up by the mambobolo.

Siquijor: Mystic Island has received a B rating from the Cinema Evaluation Board and was given a PG-13 rating, without cuts, by the Movie and Television Review and Classification Board.