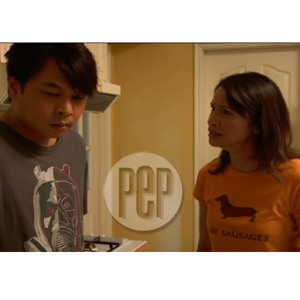 For one week only, moviegoers will be able to watch members of the rock band The Dawn portray themselves in a film that was chosen as Best Picture during the 2nd Cinemalaya Philippine Independent Film Festival held in July 2006.

The Cinema Evaluation Board gave a "B" rating to Tulad ng Dati, citing excellent direction and a well-written screenplay. The film features solid performances by actors Ping Medina, who plays Teddy Diaz, the late drummer of The Dawn; Mylene Dizon, who plays Katrina, Jett Pangan's lost love; and Agot Isidro, who plays Beth, the wife of vocalist Jett Pangan.

This Cinemalaya 2006 Best Picture winner follows the current exploits of the Filipino rock band, The Dawn, composed of Teddy, JB Leonor, Caloy Balcells and Jett. During the second half of the ‘80s, the band had risen to become the most influential musical rock group of the time. At the height of their popularity, their leader, Teddy is murdered. The remaining members decide to continue on with the music but eventually disband in 1995. In 2000, The Dawn reunited.

The semi-autobiographical movie Tulad ng Dati starts in 2006. It revolves around the character of Jett who is nearing his forties. Jett has lost his passion for life and music due to the band's lost popularity and entertains thoughts of retiring from the band. One fateful night, Jett is assaulted by burglars and goes into a coma. He wakes up with no memory of his life after 1988, which includes his wife and child, his new bandmates and Teddy's death. He remembers that he is 20 years old and is at the peak of his career with The Dawn.

Not satisfied with how things turned out with his life, he tries to change everything back to the way it used to be. The path he takes while finding his place in this strange new world proves itself to be a tough, emotional, and sometimes hilarious journey—accompanied by the celebrated music of The Dawn, both past and present.

Not to be missed are the memorable appearances of big names in the music industry: Raimund Marasigan of Sandwich, Karl Roy of Kapatid, as well as the bands Imago, Stonefree, Ratbunitata, and Troublespots.