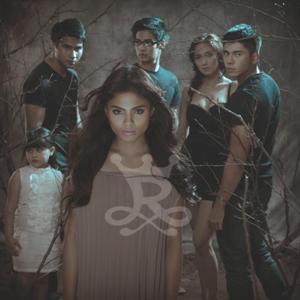 With the whole world going crazy about the vampire trend, it's high time we expand the universe of our very own mythology. The aswang, one of the most popular monstrous creatures immortalized by many Filipino literature pieces, TV shows and movies, returns this November with Regal Film's Aswang.

Directed by Jerrold Tarog, the same director behind what's probably the most outstanding Shake, Rattle and Roll episode in recent years ('Punerarya' starring Carla Abellana) tries on his same mix of clever storytelling, eerie atmosphere and spine-chilling sound in this full length horror-suspense film. Beyond the more popular aswang imagery of the mysterious barrio people living off innards of the unsuspecting and the flesh of unborn babies, Tarog's Aswang introduces a new breed of human-eating monsters called the abuwak.

In this movie, the abuwak race is being threatened by extinction. The only way they can grow in numbers again is through the rare ability that only the soon-to-be queen of the abuwaks, Hasmin (Lovi Poe) possesses.

Abuwaks look human when they're in their normal state, but they can fly and move underground when they transform. They are quick and strong, and they can attack and eat humans whether in complete darkness or broad daylight. Hasmin doesn't like all of these, preferring to congregate with humans and even protecting them when her fellow creatures attack the village. There are things that we all are forced to do even though it's not what we want to do, she says about her flesh-eating nature in one of her somber scenes, and this is where her parallelism with Daniel (Paulo Avelino) begins.

Daniel is an assassin or hitman by profession but he was only forced by circumstances from he was very young. Like Hasmin, he doesn't really like killing the innocent, and this reluctance is what leads him to the abuwak lair, suggested to be somewhere in Pampanga. When Daniel sees Hasmin for the first time, he instantly falls in love, leading to a series of pursuing, stalking, rescuing and some hairclip-giving for an entire day that ends with the greatest declaration of love for both torn characters.

But this love angle between Hasmin and Daniel is only one of the layers of stories in Aswang. The movie effectively meshes together several storylines that are all presented in the movie's one-day time frame. There's the story on why Gabriel and Ahnia (Albie Casiño and Jillian Ward) set foot in abuwak territory, there's the reason why Hasmin devoted all her life helping a blind woman living by herself, there's the gang of assassins who in the end had a very symbolic clash with the abuwak race and of course, there's the king of abuwaks Moises (Bembol Roco) who apparently has great ties with the local government unit influencing DPWH projects and has a serious case of pre-wedding jitters.

All these layers make the storytelling in Aswang very crucial and here we see why some great horror films need more time to develop the script. The movie carefully and skillfully unravels each subplot, without suffering due to abrupt edits and leaving everything to, say an elderly wise man who will explain everything to through a monologue (which happens in most Pinoy horror films).

Current Regal films favorite Lovi Poe can rightfully claim this movie to be hers as she captures the essence of the beautiful and mysterious reluctant monster. Her innocent yet seductive hip swaying and hair flipping all over the place which almost make her appear like she's floating, plus her sweet non-threatening voice which can turn strong and filled with conviction when she's with her fellow abuwaks make her character enchanting and even endearing.

Paulo Avelino, however, needs to do better to convince the viewers that his character dealing with internal conflict. He has an opportunity to play a character that is so rich and multi-dimensional but the character appears flat and bored all throughout the movie (but there's a saving grace in his last few moments where he amazingly portrayed several of his emotions in a matter of seconds). Albie Casiño and Jillian Ward meanwhile are successful... in keeping a straight face despite the deaths and devouring happening all around them, which is absolutely not right.

Other standout performaces are also delivered by Marc Abaya who's becoming one of the go-to person for bad guy roles and of course from the veteran reliables Bembol Roco (who knew he can be so scary when hairy) and Nonie Buencamino who leaves a mark even with his minor role.

But really, the stars are just the bonuses in this movie which is impressive narrative-wise, and more importantly, visually stunning, thanks to some breathtaking locations like the river, the forest and the convincingly designed abuwak mansion. Also worth-noting is the excellence in sound, which makes even a shot of insects crawling to a hole appear something to be coming from a nightmare.

This movie deserves to be watched not just because of Lovi and Paulo's star status that can make Twitter followers post pictures of themselves with the "Kagatin Mo Ako" sign.

Aswang is another proof of the Filipino movie industry's excellence in the horror genre, which should really be the case since we have a rich source of materials in our myths and legends and we have great love affair with the paranormal and everything unexplained. And for a commercial horror movie, Aswang should be lauded for being brave enough to tell a story that tackles themes and imageries that expose an adult and mature side. It's been a long time since we saw a local horror flick not written with kids in mind.